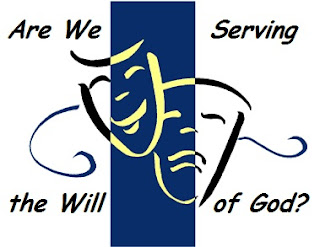 For the Seventh Sunday after Pentecost, our lesson comes to us from the Gospel According to Saint Mark. The text speaks of Herod as an example of a distorted power, standing over against the judgment of God.

King Herod heard of it; for Jesus’ name had become known. Some said, “John the baptizer has been raised from the dead; that is why these powers are at work in him.” But others said, “It is Elijah.” And others said, “It is a prophet, like one of the prophets of old.” But when Herod heard of it he said, “John, whom I beheaded, has been raised.”
For Herod had sent and seized John, and bound him in prison for the sake of Herodias, his brother Philip’s wife; because he had married her. For John said to Herod, “It is not lawful for you to have your brother’s wife.”
And Herodias had a grudge against him, and wanted to kill him. But she could not, for Herod feared John, knowing that he was a righteous and holy man, and kept him safe. When he heard him, he was much perplexed; and yet he heard him gladly.
But an opportunity came when Herod on his birthday gave a banquet for his courtiers and officers and the leading men of Galilee. For when Herodias’ daughter came in and danced, she pleased Herod and his guests; and the king said to the girl, “Ask me for whatever you wish, and I will grant it.” And he vowed to her, “Whatever you ask me, I will give you, even half of my kingdom.”
And she went out, and said to her mother, “What shall I ask?” And she said, “The head of John the baptizer.” And she came in immediately with haste to the king, and asked, saying, “I want you to give me at once the head of John the Baptist on a platter.”
And the king was exceedingly sorry; but because of his oaths and his guests he did not want to break his word to her. And immediately the king sent a soldier of the guard and gave orders to bring his head. He went and beheaded him in the prison, and brought his head on a platter, and gave it to the girl; and the girl gave it to her mother. When his disciples heard of it, they came and took his body, and laid it in a tomb. (Mark 6:14-29)

Over the Shoulder?
Our author provides his readers with this sudden aside from the ministry of Jesus and the early disciples. Mark had just described their going out in mission, but quickly cradled this historically-grounded political scene into his witness. The story occurs in the gospel reading just before telling his audience of Jesus miraculously feeding the hungry.
“Why was this lengthy account important to Mark?” we might ask. “Why was Herod or John the Baptist so important? What does this story show?” Some scholars have said that he had just forgotten to mention it earlier in the writing. I doubt this. Others say that the influence of John the Baptist and his followers was still felt as influential in the church, and his death needed to be further explained. Some yet say that Mark wanted to show John’s prophetic role in the scheme of God’s salvation, and he thus paid his followers necessary homage.
While each of these latter positions have some merit, I offer yet another thought. I believe Mark provided this over-the-shoulder look at the history of Herod and his court, to so to educate the early Church concerning its future. You see, for decades following Pentecost, Mark’s infant house churches were dealing with similarly corrupted political and societal forces.
While King Herod had been tetrarch and little more than a Roman puppet, John the Baptist was adamant about the king’s very public violation of God’s Law. Both Herod and his wife were living as married in spite of Jewish legal tradition. Both had been previously married. His wife at the time was previously his brother’s wife. Thus John brought the weight of scripture down upon them. From the Old Testament we read…

According to the text, quite detailed was the offense of Herod. Herod had married beyond the allowed parameters of the Law. Thus he was called as subject to its punishment. Therefore, John’s accusation had legal foundation since he was truly a prophet in the order of Elijah. He rightly noted the unchanging nature of God’s Law.
We learn that its threefold purpose of the Law was to convict the guilty, drive us to seek forgiveness before God, and promote the residence of peace within society. Herod, revealed as such and caught between the Law and his inability to politically comply, had grown fearful of John’s influence and condemnation. He eventually had John arrested. This injurious detention was compounded by Herod’s decadent lifestyle.
The arrest led to the subsequent entrapment of the ruler by his devious wife and Salome. The collusion of the two caused Herod to further stray into thoughtless immoralities. He ordered the murder of John.
As Christians, we might consider that if someone breaks even one commandment, the sound of brokenness echoes and falls hard upon those laws which remain.” They echo again… and again… until all claim to righteousness falls futilely to the grave. Thus it was that Herod became more even more fearful, even to erroneously believe that Jesus was likely the reincarnation of John. Within a few years after the crucifixion and Resurrection of Jesus Christ our Lord, the life of Herod came to a horrible end in syphilitic illness.

On the Way…
At this point we may ask ourselves then, “Why did blessed Mark insert this dark account into his gospel message to the churches?” To answer this hard question, I say that we need only look to the state of the world surrounding the gospel writer. I believe that Mark used this insertion to keep the early Church focused upon the proper dialectic tension between the Law and the Gospel. You see, the evil found in the story of Herod was also present at the door of the earlyCchurch as it examined its own environment under the Law.
You see, the horrid death of Herod came about in 39A.D. If this gospel was written as believed in Rome in 65-70A.D., the writer subsequently revealed that the known immorality of Herod and his death circumstances was similar to the decadence of the Roman Empire and its rulers. A conclusion could then be reached by listeners, that the Roman Empire would suffer that same fate. What’s more, the inserted vignette portrays the fate of any church or synagogue if they would follow a decline into immoral lawlessness… any that could be likened to the mindset of Herod and Herodias. Certainly, any faith community exhibiting this trait would find itself forced to dance before the slavering political powers, caught like Salome… and become a veritable child who was prostituted in purpose just as she was beginning her adult life. For sure, since the days of its first choosing a king, Israel had been repeatedly taught that warped political powers are often entrapped by God, convicted by their own waywardness. When that happens, they often bodily die like Herod… embroiled in illness until death intervenes. Therefore, we in the Church today must realize that we exist as called by God to live rightly in the proper tension between Law and Gospel, as correctly convicted, confessing our sin... and mercifully saved.
However, if we Christian denominations stubbornly follow the disobedient way of destruction, we take the Herodian path unto eternal death, we shall follow the pattern of death. However, if we turn and bow before our rightful God and Savior, kneeling sorrowfully as a people continually wooed astray by the come-hither dancing of corrupt powers, misguided youth and evil wanderings, we can be granted pardon. But know this! Eternal pardon is a gift that comes only through the ministry and sacrifice of Jesus Christ our Lord.
Consequently, I offer this testimony to the holy purity of the witness. The story of Herod and John the Baptist was deliberately placed by Mark. We need only to investigate and marvel. Mark located this scene between the first apostolic evangelical efforts and the feeding of some 5000 gathered people... so that we might hear the echo of evil. The echo has assailed the Church in thoughts and deeds again and again in our own time. This was indeed the message told by Mark, so that even now we may remember our rescue lay in the bath of our Baptism.
Visit Pastor's Web Site!
Given that wondrous gift, we are made able to gather and receive the elements of grace at the holy table. There in that Sacrament of the Holy Eucharist we receive forgiveness and true empowerment. We need to continue in such way, striving evangelically in the tension between Law and Gospel to live, working along our path to the foot of the cross. Consequently, we are truly called to strive prayerfully in faith, for the world too often seems relentless in trying to carry the Church away hopelessly and lay us as irretrievable in a tomb. We are now told and know better, thanks be to blessed Mark who was empowered by the Holy Spirit.


May The Lord Keep You Aware of Freedom in Christ!