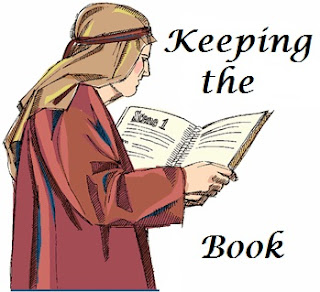 THE GOSPEL lesson for the Eighth Sunday after Pentecost brings to us a profound teaching concerning our justification before God. From Luke we read…

And behold, a lawyer stood up to put him (Jesus) to the test, saying, "Teacher, what shall I do to inherit eternal life?"
He said to him, "What is written in the law? How do you read?"
And he answered, "You shall love the Lord your God with all your heart, and with all your soul, and with all your strength, and with all your mind; and your neighbor as yourself."
And he said to him, "You have answered right; do this, and you will live."
But he, desiring to justify himself, said to Jesus, "And who is my neighbor?"
Jesus replied, "A man was going down from Jerusalem to Jericho, and he fell among robbers, who stripped him and beat him, and departed, leaving him half dead.
Now by chance a priest was going down that road; and when he saw him he passed by on the other side. So likewise a Levite, when he came to the place and saw him, passed by on the other side. But a Samaritan, as he journeyed, came to where he was; and when he saw him, he had compassion, and went to him and bound up his wounds, pouring on oil and wine; then he set him on his own beast and brought him to an inn, and took care of him.
And the next day he took out two denarii and gave them to the innkeeper, saying, 'Take care of him; and whatever more you spend, I will repay you when I come back.'
Which of these three, do you think, proved neighbor to the man who fell among the robbers?"
He said, "The one who showed mercy on him." And Jesus said to him, "Go and do likewise."  (Luke 10:25-37)

Who is Good?
From Galilee, Jesus traveled with his disciples through the land of the Samaritans, and was continuing on the road to Jerusalem. In his teaching, he approached the final days of his earthly ministry. With multiple support (Mark 12:28-34 & Matthew 22:34-40), a lawyer was described by Luke as one likely sent from the Sanhedrin. He arose to ask Jesus a very simple, but tempting question. We know that, though not religious lawyers, we sinners are skilled at asking leading questions. “What shall I do to inherit eternal life.” he leads.
We note that as a lawyer, he carefully frames the question in the “doing” of things to earn a divine inheritance. You see, for those of the temple who were living beneath the Law, being holy…, set apart, was a matter of doing all the right things.
Therefore the lawyer asked according to the Law, is it needful to be in the right place? How can we be present at the right time? Are we in the right job? Do we live in the right neighborhood? Do we know the right people? Which of these, or what combination of them, in doing them… will make us eternally secure?

What is written in the Law? Jesus returned. Thus using a rather legalistic technique cleverly, Jesus answered the question with a question. The lawyer then returned a proper answer.
“You have answered right… Jesus pronounced, but then he says… “Go and do likewise.”
Oops! Here where the DOING part suddenly went beyond legalistic. Thus the lawyer considered this first answer as too broad for a person’s need of knowing self-justification! More classification seemed as surely required! We note that this may be just how the original Decalogue commandments got expanded to be a library of codified religious instructions.
“Who is my neighbor?” the lawyer asked, still trying to entrap Jesus.
In answering, Jesus told a story as illustration. The story illustrating the question, however, only occurs here within the Lukan narrative. Likely brought in from a singular Lukan source, we wonder what lesson was being taught specifically to that Hebraic community in the latter days of the first century. Was the story about treatment of an outsider, a sign that Luke’s community was wrestling with acceptance of Gentile converts?
Indeed, within the tale was a man who is a hurting victim. He related in the story how, from the highest station to lowest: a Priest, Levite, and then Samaritan came upon the man’s plight. Yet only the Samaritan stopped to help… and then does more.
We note interestingly here that in Luke, Jesus had just been rejected by Samaritans! So though his disciples must have thought these persons surely were the lowest of the low, and the lawyer thought them unworthy of even speaking to, Jesus turned the judgments of lawyers and followers alike “upside down”. The question finally posed before the lawyer, disciples, and also the Lukan community… was which one was a good neighbor?
Thus it seems that Luke is relating to the scattered synagogues in Rome and Greece, that we shall not receive eternal life by doing good, but by believing in the divine Teacher… and following his example. Jesus was the outsider, a Samaritan of sorts… who gave wholly of himself. We ask then, was the Good Samaritan a symbolic figure that represents Christ? I tend to think so.

Singularly Good!
In this teaching we thus find that any particular human piety, denominationalism, legalistic standing, category or sub-category… counts as nothing before God. As sinful and often self-justifying persons we stand convicted before the Law… and try our best to wiggle selectively from beneath its power. However, the driven amongst us are eventually forced to seek salvation beyond ourselves. We find that though many commandments decree just what our path should be, we cannot even get past the first few… the simple two greatest commands to love God and love neighbor!

In an attempt to deflect we ask, “Who is our neighbor?” Thus behind this legalistic drive that made the lawyer try to wiggle from conviction and the weight of sin, lays our own human need for justification. Each of us is being pursued by the “Hound of Heaven” as one German philosopher named Friedrich Nietzsche called our God. Each of us therefore too often tries of qualify and restrict our ministry to our neighbors to no lasting effect. Yet… due to God’s perfect love for us, we are not lost.
In prayerful contemplation of our lot by the power of the Holy Spirit, we are driven by our failure to seek redemptive forgiveness. Finding no grounds for self-justification for ourselves, through the Spirit working through God’s Word we are brought to the place where we know that we are justified by the graceful free gift of God in Christ. It is revealed to us, therefore, that the One who the lawyer tried to trap is the Crucified One who has thereby picked us up from being road kill.
You see, by our conviction before the Law we have been driven to follow His path to the foot of the cross. There we may indeed kneel in sudden knowingness. It is only Jesus, as God’s only Begotten Son, who could perfectly fulfill all of the Law for us and for our salvation. And thus in perfect love, we are given enduring faith even unto eternal life.
What shall we do now with this deep knowledge? The deliverance given to us this day empowers us in witness toward those who yet strive within our society’s legalistic mind games. But know this…. to minister so, exposes us to the same danger and glory that occurred to our Lord. In walking in the way of the Good Samaritan, we may also be crucified that our Lord should be worshipped. If so it is.., the faithful lawyer notes… thanks be to God.