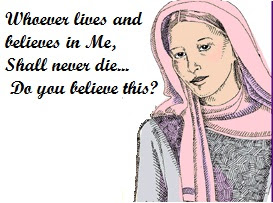 THE GOSPEL comes to us this week from Saint John. Within the text provided, we read about the raising of Lazarus… given as a sign of God’s powerful love freely given.

At the time of the occasion, the disciples thought that it was needless for Jesus to go to Lazarus. We might guess that they wanted him to heal his friend without going to Bethany. Or possibly, it was thought that they were already too late. As well, returning to Bethany, located just outside the walls of Jerusalem, would expose them to danger. You see, they had just fled the zealous powers of unbelieving persons. 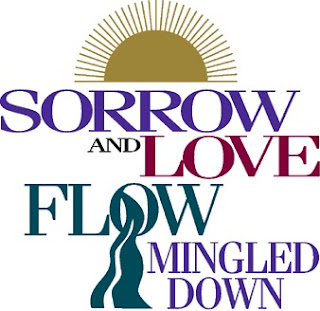 But note here! Lest we judge the early disciples too harshly, we need to remember that today we also often hope that good works will be done by someone else… especially if great peril exists in the doing.
After several days passed, Jesus went to Bethany in spite of hazard. He found that Martha’s house… which once been a place of love, care and concern, was through death  made a house of mourning. As Jesus walked by grace toward her house, it is of little doubt that he went with a love to be expressed in ways of mercy and comfort that was far greater than could be imagined.
Hearing that he approached, Martha first went to meet him. She told him what he already knew. Lazarus was dead. But Martha exhibited faith. She believed that Jesus could ask the Father for anything, and it would be granted. We repeat for emphasis, his response to her faith…

Jesus said to her, "I am the resurrection and the life; he who believes in me, though he die, yet shall he live, and whoever lives and believes in me shall never die. Do you believe this?"

Martha answered, “Yes Lord, I believe…” Amid this witness, Jesus provides that for God time is not a barrier. Indeed, Mary had been sitting alone in the house. Her solitude at one time was an advantage for her when she sat at Jesus’ feet. But in the day of loss, that same time of independence disposed her toward being melancholy. Lazarus had been dead four days.
Here I believe that John demonstrated much to his readers. He stressed that much time had passed. By this I believe our author stressed that with God it is no harder to restore life in one moment, than in another. It was commonly thought amongst the Jews that after three days the spirit had completely left the body… surely by human standards the expiration date had passed.

Jesus stated clearly to Martha that he is the Resurrection and the Life. In every sense, John pointed out to his readers that Jesus is the source, the substance… the first-fruits… the very cause of life. For Lazarus, Martha and we believers living today, therefore, death cannot have the last say. Jesus asked Martha if she believed this Truth. We ask ourselves, as we who read such at Christ's feet and are taught by him.., “Can we run from our solitude like Mary? Can we proclaim Christ in days of unbelief and persecution?”

What of Loving Power?
Upon hearing this lesson read, the early church of John was called by the writer to cast persecutions and death at God’s feet. We are called as well to do this whenever we suffer any loss, and as the people of God we are admonished by John to corporately “only believe” as we are assailed by times of trial.
Notice that Jesus’ tender sympathy with faithless mourning was shown by tears. Whether it was tearful anger at sin, or sorrow because of our human unbelief… we cannot know. We do know, however, that he loved greatly. His feelings for mourning friends showed up. He asked after the remains of the deceased man.

Jesus arrived at the tomb. There he demonstrated that God does not let death have the final say. Being a man of tears and acquainted with grief, Jesus Christ set an example in that we too can be brought to tears in our comforting of the afflicted today. We too can cry out, but not just for the passing and missing of someone deeply cared about… but rather we are called to mourn a greater loss. We are to grieve the sinful stubbornness and unbelief found in the world around us.
Finally, we surely are to know through this lesson that we have not a High Priest who is distant from our infirmities and finitude. Indeed, Jesus could have raised Lazarus by a distant and silent exertion of his power and will. He could have acted in a remote, unseen way. Instead, John told that God is intimately involved and willing to shed tears. So should we be also involved in the deaths of those around us. 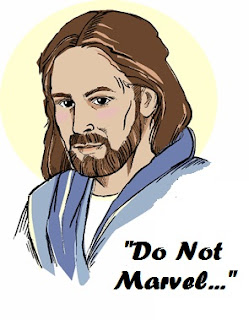 I emphasize that Jesus provided a call for each of us spoken in full sight of others. Surely those whom Christ loves also shall become sick and bodily die. This tells us that Jesus came not to preserve his people from afflictions, for we still suffer under the condemnation of the Law… but our Lord came into the world to save us from the penalty of our sins. Therefore, we are not abandoned to the grave. Through the mercy of the Father provided through his Son, death like sleep shall not eternally hold us.
For the church of John this lesson provided a prophetic call as they were sent out into a hostile world. Harsh persecutions were fast upon the young church, but here they were pronounced as not standing over against the love of God. John told that Lazarus had been revived and had returned not only to life, but to health! So it was told to be the future with John’s church as they faced the world.
Indeed, the Church proclaimed the gospel of God during the last years of the first century and on into the next era. The Church had been separated, disdained, and declared dead by Jewish authorities. But those churches of John were proven alive, though they were driven into the catacombs that housed the dead. The Church endured to see God’s glory. We are its descendants.

Consequently, this good news comes to us today as we live in our own turbulent time. Politically liberal and progressive powers of this modern world would yet assail faithful Christians within the church. But here we are reminded by John that these things are not new. We are encouraged by the Word of God that despair, isolation, and even death shall not seize our day. Through the Word given by the Holy Spirit unto eternal life we know that through believing in his redemptive power, we of the Church eternal shall also see the glory of God. So it was then, and so it shall be now. Amen!

May the Holy Spirit guide your steps from this day forth, and forever more.