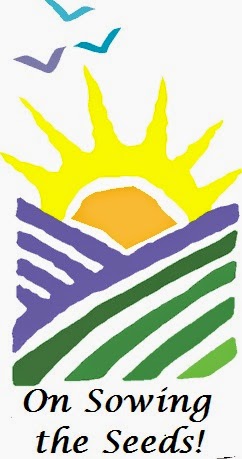 OUR LESSON for the Sixth Sunday after Pentecost comes to us from the Gospel According to Saint Matthew. With Jesus using the form of a parable for the first time in this reading of Matthew, our text becomes instructional in tone. The teaching was meant specifically for the Church… those who were being called and trained to proclaim the good news. Below, please find our text as read from Matthew 13:1-9, 18-23. But also note that we shall include with study of nested text occurring in Matthew 13:10-17 (shown in italics)…

That same day Jesus went out of the house and sat beside the sea. And great crowds gathered about him, so that he got into a boat and sat there; and the whole crowd stood on the beach. And he told them many things in parables, saying: “A sower went out to sow. And as he sowed, some seeds fell along the path, and the birds came and devoured them. Other seeds fell on rocky ground, where they had not much soil, and immediately they sprang up, since they had no depth of soil, but when the sun rose they were scorched; and since they had no root they withered away. Other seeds fell upon thorns, and the thorns grew up and choked them. Other seeds fell on good soil and brought forth grain, some a hundredfold, some sixty, some thirty. He who has ears, let him hear.” (Matthew 13:1-9)


Then the disciples came and said to him, “Why do you speak to them in parables?” And he answered them, “To you it has been given to know the secrets of the kingdom of heaven, but to them it has not been given. For to him who has will more be given, and he will have abundance; but from him who has not, even what he has will be taken away. This is why I speak to them in parables, because seeing they do not see, and hearing they do not hear, nor do they understand. With them indeed is fulfilled the prophecy of Isaiah which says:

But blessed are your eyes, for they see, and your ears, for they hear. Truly, I say to you, many prophets and righteous men longed to see what you see, and did not see it, and to hear what you hear, and did not hear it.’ (Matthew 13:10-17)


Story Time!
Many biblical scholars agree that in the eighth decade of the first century, the churches of Matthew and Luke included this lesson in their gospel writings. However, this teaching was most likely first recorded in the earlier written Gospel of Mark. The early church of Matthew thus echoed that Jesus gathered all those who would listen, and addressed them beside the Sea of Galilee. In the telling, we hear that our Lord left the house, and stood in boat anchored a short distance out on the calm water. From there, where he could be more easily and widely heard, he taught the people using a developed story form.
We picture in our minds that scene as we read this witness, we note that symbolically our Lord went into a ship on the sea. He entered into a watery, baptismal sense... to step away from the house restrictions of Israel, and symbolically was rowing toward engaging the Gentile nations.
By using this symbolism, the original author taught the Church in subtlety, not to covet stately established circumstance, but instead to make gospel proclamations in settings that God provides.
We note here that also Jesus used a rabbinical teaching method likened to that used in the ancient Greek fables. This method, called a “parable” by the disciples, means to “throw alongside”. Thus parables were new teaching method used to provoke interpretive participation from the listener, so that the hearer gathered hidden spiritual messages.

All three gospels told the story faithfully. In parable, Jesus told about a sower casting seed upon the earth. As we read, we can quickly note the extravagance of the sower. A modern farmer he was not! There was no clearing, plowing, raking and carefully measured planting, in order to preserve and maximize profit. Also, in comparison and contrast, we note that Jesus talked about sowing the seed in a field, which we can safely guess symbolized the world. This was over against laboring in that vineyard which was restricted to Israel (see Isa. 5:1-7).
Thus the parable began with telling a story in a setting that went far beyond the scope of many Jewish listeners in ancient Antioch of Syria… or for that matter... any who were gathered in the synagogues dispersed through other Gentile nations. We hear and know that the difference between success and failure was not in the planting method, but found in the stubborn sinfulness of the soil which received the planting.
We note gleefully that historically, in the time of the relative peace maintained in the harsh Roman Empire rule, the earth’s social strata already resembled that of the wide sower’s field. Consequently, Jesus prophetically portrayed this extravagant and ambitious time of God’s planting. It was one which broke the bounds of geography and time, and continues across centuries into the societies of today’s sinful world. I find it astounding that this grace yet comes from the Father, who indeed provides us with extravagant abundance. 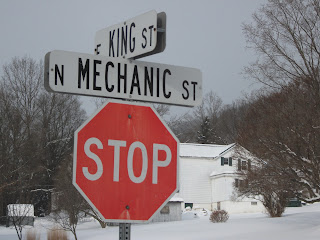 Amid this telling, found not in our reading for the day because of its omission from the common church lectionary for this Sunday’s reading, we learn that the disciples questioned as to why Jesus... as rabbi… chose to use the parable form of teaching. They wanted to know the reason for the hidden meaning. Why the secrecy? they asked.
In reply, Jesus cited a reading from the prophet. (see Isaiah 6:9-10). Thereby our Lord related that the things of God are made plain, easy for those faithful and willing who are to be taught. At the same time the hearing was more difficult and obscure for those who were stubbornly committed to religiously working their own restricted plots.
Today, we sadly note the subtle difference between the church of Matthew when relating this message, and the reading as found in other gospels. In Matthew, the realm of the divine is called the “kingdom of heaven”; whereas, the others used the term “kingdom of God”. We might then ask ourselves whether the normal traditionalism in rabbinical Law of not naming “God”... held Matthew to more stringent rhetoric. Therefore, this parable truly represented the state of the Christian church in
Antioch at the time. The story presented Christ's care for the church and the devil's works against it. Thus by asking and hearing in faith, the early disciples were blessed with truly knowing the meaning of the parable.

Hearing Ears?
The scope of this parable was to show the early Church that though their beginnings, the gospel proclamation would be small.... both for various reasons... and sometime evil reasons. Subsequent to that time, in its latter end, the proclamation of grace would greatly increase. In this way the work of faith being placed hidden in the human heart, the kingdom of heaven within our soul would be spoken out and carried on exponentially.
History testifies to this. We note that when this good news of faith and insight came upon the chosen hearers and into their souls, it worked a thorough change in the society of their time. This is indeed pleasant for us to hear, for we who do this work today in the sin and problems of today’s world need empowerment..
As we heard also from the apostle Paul in Rome, the Word which is Christ Jesus by the power of the Holy Spirit… spreads love into all human faculties who allow teaching and hearing deeply. It even alters the members of the body (see Rom. 6:13). Of this last, I urge that you take particular note of this miracle as Jesus enters the nave of your church by the power of the Holy Spirit… and comes to us in Word and Sacrament. In this lesson, and from these parables... we are taught each Sunday to expect a gradual growth out of what often seems to be quiet and meager evangelical beginnings. Forgiven and empowered by our Lord then, let us inquire of our path! Hear what the wise Preacher has said…

“In the morning sow your seed, and at evening withhold not your hand; for you do not know which will prosper, this or that, or whether both alike will be good.”
(Ecclesiastes 11:6)

In today’s Church, therefore, we ask whether or not we are truly planting the Word abundantly… irregardless of the harvest prospects. Do we plant so extravagantly that the kingdom of heaven can grow in grace? Are we a welcoming people who go out to abundantly plant and harvest? Are we adhering to the Word in holy principles and habits, so that we stand like those who are rooted in the Word? If not, let us ask of God, our Creator and Redeemer... that we be made workers in wider fields by the power of the Holy Spirit. For the sake of our Lord Jesus Christ… let it be so.
Please take note! For those who would like to explore this text further, and its meaning within our Christian efforts in evangelism, I boldly suggest that you visit my previously written discussion of this text. You may find this reading by clicking on...


May the Holy Spirit guide your learning of  this wonderful task, and give you growth even unto a hundredfold. As well, please take some time to watch this video and how all can help proclaim the kingdom...

May The Lord Bless You and Keep You Safe!