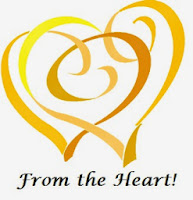 WE RECEIVE two reading possibilities for the Eleventh Sunday after Pentecost. Though both come from the Gospel According to Saint Matthew, some churches use the longest version. The lengthy text contains lessons about dietary laws and then the care of persons who are considered unworthy by man's assessment. The shorter reading singularly presents us with only the latter scene. Both lessons, no matter which we hear, address our taste for God’s love…

And he (Jesus) called the people to him and said to them, “Hear and understand: not what goes into the mouth defiles a man, but what comes out of the mouth, this defiles a man.”
Then the disciples came and said to him, “Do you know that the Pharisees were offended when they heard this saying?” He answered, “Every plant which my heavenly Father has not planted will be rooted up. Let them alone; they are blind guides. And if a blind man leads a blind man, both will fall into a pit.”
But Peter said to him, “Explain the parable to us.”
And he said, “Are you also still without understanding? Do you not see that whatever goes into the mouth passes into the stomach, and so passes on? But what comes out of the mouth proceeds from the heart, and this defiles a man. For out of the heart come evil thoughts, murder, adultery, fornication, theft, false witness, slander. These are what defile a man; but to eat with unwashed hands does not defile a man.”
And Jesus went away from there and withdrew to the district of Tyre and Sidon. And behold, a Canaanite woman from that region came out and cried, “Have mercy on me, O Lord, Son of David; my daughter is severely possessed by a demon.”
But he did not answer her a word. And his disciples came and begged him, saying, “Send her away, for she is crying after us.”
He answered, “I was sent only to the lost sheep of the house of Israel.”
But she came and knelt before him, saying, “Lord, help me.”
And he answered, “It is not fair to take the children’s bread and throw it to the dogs.”
She said, “Yes, Lord, yet even the dogs eat the crumbs that fall from their masters’ table.”
Then Jesus answered her, “O woman, great is your faith! Be it done for you as you desire.” And her daughter was healed instantly.
(Matthew 15:10-28)

On Being Pure…
A popular maxim is often quoted when dietary transgressions occur. We in modern times often hear someone say, “You are what you eat!” This usually comes to us in jest, warning us from antiquities long forgotten. But there is a latent seriousness here, since the diet of a civilization is historically proven to affect personal and corporate health.
Historically, the Jews had well prospered within the strict dietary guidelines given by God in ancient times. In today’s reading, however, we see that our Lord Jesus challenged the Jewish assumptions of his day concerning the alterations that generations of people had made to that diet. Our Lord spoke of how they had changed the original intent.
You see, the religious dietary restrictions originally had been given by God through the prophet Moses. These restrictions helped to protect his chosen people from physical harm through both migration and settlement. Coming from God, they rightly became a religious dietary practice. But as history unfolded, those dietary traditions were not just used for personal and national health, but were altered... and expanded.... as a self-righteousness recipe.
When this occurred, those who did not prepare a diet properly... or could not financially or physically adhere to the restrictions... were considered impure by those who could comply. Those who kept to the rules spurned the impure rabble... claiming them unfit for accepted Jewish society. We find, therefore, that in subsequent days these food purity practices were challenged by our Lord.
Jesus stated that there was a distinct difference between what we put into our bodies as food, and what comes out of us as personal expression. Our Lord explained that from the heart, as representing the central ground of our being, came the true representation of ourselves. Our sinful heart’s expression then is what truly defiles.
"Explain the parable to us?" was the response from the confused disciples. To answer, our Lord referred his listeners to the Father’s original intent, determining from the prophet…

Your people shall all be righteous; they shall possess the land for ever, the shoot of my planting, the work of my hands, that I might be glorified. (Isaiah 60:21)

The scriptures thus told them through the words of the prophet that their “righteousness” was the work of God. The Father shall provide. Thus Jesus' words were offensive to the Pharisees who taught that their works of religiously eating purely and doing traditional things, brought righteousness. Jesus accused them of gross error. He called them “blind guides”.
Our Lord thus refocused those who would listen. He clarified that it is only God who makes righteousness something that can be humanly possessed. Righteousness was properly defined as a quality possessed and given by our Creator and not made possible through human endeavor. True righteousness, we find is expressed from the heart of anyone who was gifted with such by God. As time progressed, therefore, we find that the sinful and repentant would eventually know that this quality was only truly and fully demonstrated by one person.., Jesus Christ our Lord. 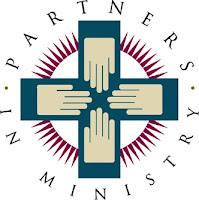 We see here that the early church of Matthew passed along not only a repudiation of those Pharisaic laws, but by selectively sequencing the received written tradition with the following scene, they told the salvation story of Jesus' encounter with an “impure” foreigner. As we read this we may subsequently ask ourselves, “Was this written to challenge the infant church in its thoughts about the righteous singularity for Judaism as the “children” of God?”
We see at the time of writing (c. 85 A.D.), the “traditions of the elders” in dietary law and religious piety shown in such things such as circumcision, were still at issue. This dietary issue was present even though Paul had properly challenged Peter’s vacillation about these things in Galatia some thirty years earlier. It seems that from times of old, we human beings sinfully and religiously try to cling to our own human justifications. Therefore coupled with this first lesson concerning dietary laws, by the Spirit's leading we find that Matthew attached the story of a Gentile woman who sought healing for her child.
The woman's Syrian-Phoenician location and her Canaanite identity most assuredly provided a double condemnation for those Jews in the infant church. Doubly undesirable was she to those who were living in ancient Syria, for it was from that region the woman’s identity brought the issue home.
We note that Jesus quickly challenged the woman about her coming to him, by saying to his disciples that he was sent to retrieve only the “lost” ones of wandering Israel. She countered his statement, saying that even dogs eat of the crumbs that fall from the table.

Many of us become confused here by the apparent callousness of Jesus' statement concerning his singular task. However, I consider that this discourse found its way into scripture not for the sake of the woman who approached Jesus… nor to justify his mission. The statement was meant by the Matthean author as a mirror for the disciples and those Jews of the early church. This statement of Jewish favoritism mirrored the thought patterns of many Jews in Matthew’s synagogue.
We need to realize also that by directly striking their thoughts of exclusivity... didn't our Lord also challenge the Church today? Jesus simply echoed generally accepted thoughts at the time. Since we cannot detect our Lord's voice inflections in the written Word, we can only guess that his statement was a declarative challenge... one which was meant to get them thinking rightly. If so, we correctly note that our gospel writer emphasized that justifying faith was far more important to our Lord... more so than any person's keeping of traditional religious expectations.

Remember! From our earlier discussion we see that the emphasis our Lord placed was on faith... the faith which comes from the heart! We of the modern Church now need to gather and assess from these lessons a priority for ourselves today. Indeed, while historical traditions are important, we need to remember that traditions they are. Traditions we hold may be correct; and also may be wrong. What is more important is that faith is rightly given by God through the Word. We note that this power of received faith became the spiritual force which propelled the church of Matthew through the turmoil of centuries. Faith is that quality which still sustains the whole Church even to this very day.
We note with sadness that this faith of the ancient Church is yet greatly challenged. For example, in the area now morphed by modern times into the Syrian and Iraqi Christian nations, peace is very hard pressed. Christians residing there, whose forbears first inherited this teaching... are yet being persecuted, starved, beheaded and killed. Consequently, we may ask ourselves as inheritors of this message, whether we as the called Church of our Lord have a responsibility to provide healing and nourishment to them?
Visit Pastor's Personal Videos!
I ask you, "Can we of the modern Church move quickly to do rescue and healing in the name of Christ our Lord?" I say... "Let us rise to the challenge!" We need to answer promptly... just as our Lord did to the plea of the Canaanite woman for her daughter.
For the building of your walk before God, please be invited to view a worship video and message based upon this text...

Eating Crumbs From The Master's Table