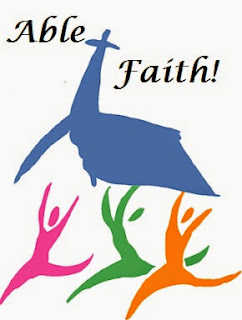 WE CONSIDER the text for the Twenty-Fourth Sunday after Pentecost, which comes to us from the Gospel According to Saint Matthew. In this reading of the Parable of the Talents, we hear a story about the advent of the kingdom of God. The revelation presents right and future workings while we watch and wait for our Lord’s return…

Absentee Master?
From the community of Matthew we find this message was given by Jesus, through Matthew, to Christians who were called into an uncertain future. After the death and Resurrection of our Lord, being united in Christ through the power of their baptisms, persons within the early church found themselves facing very turbulent changes. To walk forward in discipleship thus required great faith from them. Not knowing the time of our Lord’s return, the Christians found they were fast becoming isolated. They surely worried. Even after receiving the gift of the Holy Spirit, there were those who wanted to bury their heads in the sands of time.
Consider the plight of these early Christians. In religious practices they progressively grew more detached from the core population of the parent synagogues. This fell hard upon them as they met, even more so since the synagogue itself had undergone changes. Because of Roman persecution, the gathered synagogue community had become less tolerant of religious diversity. We note that the destruction of the temple in Jerusalem and the defeat of the fortress at Masada by the Roman authorities had caused profound power shifts within the Jewish religious scene. After those events, religious dispersal occurred and the influences of political changes had brought the focus upon the surviving Pharisees. The Sadducee and the Zealots... those who had hoped and worked for the overthrow of Roman power… had been scattered or killed.
It seems those Pharisees that yet remained influential, because they had either tolerated or supported Roman rule, promoted that the survival of the faith was to be found in strict obedience to the Law in all respects. By the latter years of the first century, obedient purity was seen by them as needed for the survival of Judaism across the far-spread reaches of the Roman Empire. This attitude made the sect known as “Christians” as a further anathema to their singular cause.
You see, those who were baptized soon changed their view of the Law. The Christians saw the religious codifications as that force which drives the faithful to seek salvation in Jesus, and not itself the mode of salvation. Therefore they did not have the same fervor for the Law as the Pharisees. As well, according to the Pharisees, the Christians population had become even more polluted in behavior as they embraced persons who were not Jewish, but were Gentiles who were not schooled in Jewish rituals. The puritanical Pharisees became aware that the time-worn religious dietary restrictions were not being observed by all. Therefore, by the time of this gospel writing, a schism of religious practices had formed. The Christians were being cast out and appeared as a separate entity from the parent faith community.
Coming forth from a turbulent setting, the writer thus included this story that Jesus had told about talents. The text is thought by biblical scholars as being originally derived from the lost “Q” (Greek “quelle”, meaning “sayings source”) document. As we read we need to realize that, by the power of the Holy Spirit, Matthew tailored the original teaching of Jesus to his own community’s needs. Matthew could have seen a stark opportunity to sway his community, which had been cut loose. He had to light a fire beneath those persons who only possessed tenuous faith expression. Therefore, we find that the reading differs in certain details from its similar counterpart that is found in Luke’s gospel (Luke 19:12-27).

Telling Differences!
Here in Matthew, the text is used to encourage workers in the kingdom while they waited for the “end times”. In writing this parable, therefore, Matthew followed the previous text that had urged one and all to “keep watch”. He included this inspiring story which clearly urged his community to keep working toward the right goals of proclamation and ministry.
Subsequently, in listening to the telling of the story, we find the master's role quickly brings to us to conjure up mental pictures of our risen Lord. Historically Jesus had physically left the gatherings of the apostles. Before leaving, our Lord had placed the people of Matthew’s church under the care of the Holy Spirit. But even in the Spirit, with Matthew's scribal pen guiding, the parable revealed that threefold possibilities existed for the followers of Christ. Each worked as divided by their master, according to how many “talents” each had been given. This showed the master to be perceptive as to the individual resources of each person.
However, we read that when the master returned... a great malady arose when it was revealed how many talents were earned by each. The unfolding sequence told that one servant was given five coins, another two, and a last just one. Looming large afterward was that they did not equally respond to the gift. Presumably, we might say that their faithfulness in working the gift was the criteria that governed how much each worker accomplished.
The master was proven more than correct in the workers' character appraisals. Two persons doubled their gifts; whereas, one person who had been trusted with little, buried his gift… hiding it so that there was no chance of either loss or prosperity. It is thus that the last worker became the story's imperative, negative example for the Matthean community.
Today, we note that the disciple that did not take the task seriously… and therefore avoided being daring even in minor degree… failed the future purposes of the master. Therefore, upon the master's return, he aptly rewarded the first two workers and severely punished the last. The text thus reveals familiar terms to our church population.
We see that Matthew, previously a tax collector, had long known that those who could not pay taxes to the Romans at the intersections of the empire, were punished severely. Thus it was that any disciple being cast into “outer darkness", was a symbolism that his community could understand. Therefore, the task of any church undergoing uncertainty was clearly spelled out. We thus are called to work diligently for increase in the kingdom of God!
Therefore the parable is about our faith response to that which is given to us. Do not be deceived! The story is not about money. Since the money expressed in the story is the largest coinage, for us it represents a wealth in that day that was far beyond a trade person’s income. Five talents was a wealth that was not possible to acquire in the norm. I offer that the talents, therefore, represent not money…. but faith active in love that is given by the Holy Spirit through baptism. The more you use it, the more you receive! If you don’t use it.., you may lose it.
We are reminded of an Old Testament proverb as we consider the turbulent days in which this text was written. The writing speaks concisely of those who refuse to grow in faith out of fear, laziness, faithlessness, and evil. These wait until it is far too late…

The sluggard does not plow in the autumn; he will seek at harvest and have nothing.  (Proverbs 20:3-4)

Consequently, Matthew called the people of the early church communities to stay actively faithful. Through this parable he called them to work profitably… proclaiming the good news of the kingdom of God. Through Matthew then, Jesus stated clearly to Christians that their work will be rewarded in double measure by the Father. Even more faith shall be forthcoming even unto us, while those who fail to invest their very lives and love into kingdom growth will lose everything.
Brothers and sisters in Christ… the lesson told here is clear: Readiness in faith is not a passive, watchful rest for Christians. Faith demands assertive action in witness. Much evangelical dust was raised by Matthew’s readers and listeners as they worked to provide witness across the lands of Syria, Asia Minor, and the Orient. We too are called as such to work in the sinful dust of today’s world. Let us ask forgiveness for our sloth. May we be sent for ministry in faraway lands.... or simply to our Pharisaic neighbor down the street. Surely, when your ministry's ashes or dust finally blows in the Spirit to rest upon any crossroads where mere talents are traded in the world's marketplace, we shall see that Matthew rightly assured us. Faithful working in the world shall reap even great rewards. 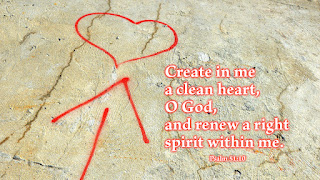