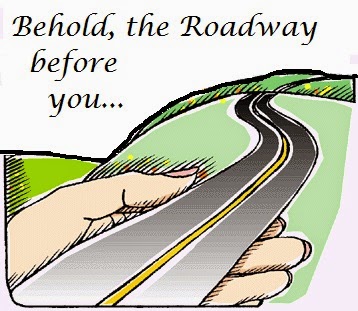 OUR STUDY for the Second Sunday of Advent is found in the Gospel According to Mark. The text here revealed words used by the writer’s community to introduce Jesus as the “Son of God”. In doing so, the writing was presented to the Gentiles with the term of “Gospel”… which means “good news”…

The beginning of the gospel of Jesus Christ, the Son of God. As it is written in Isaiah the prophet, “Behold, I send my messenger before thy face, who shall prepare thy way; the voice of one crying in the wilderness: Prepare the way of the Lord, make his paths straight”
John the baptizer appeared in the wilderness, preaching a baptism of repentance for the forgiveness of sins. And there went out to him all the country of Judea, and all the people of Jerusalem; and they were baptized by him in the river Jordan, confessing their sins.
Now John was clothed with camel’s hair, and had a leather girdle around his waist, and ate locusts and wild honey. And he preached, saying, “After me comes he who is mightier than I, the thong of whose sandals I am not worthy to stoop down and untie. I have baptized you with water; but he will baptize you with the Holy Spirit.”  (Mark 1:1-8)

Prophetically Speaking!
The beginning of this Markan writing is not a written sentence, but an introduction… so that we may know of someone who possesses great title. The sudden and surprising message is declared as “the beginning”, and thus as a people sitting... we need to gather close to the aisle to hear. We know that there will be continuing witness.
This is the beginning theme that I propose especially embraces the writing’s rather abrupt and open ending… an ending that occurred in the doorway of an empty tomb. In between those two events thus revealed… the beginning and the end… we find that Mark takes us rapidly through what may be perceived as a “slide projector” presentation of Jesus’ life. He portrays a rather bungling cast of followers. The “bunglers” title is consequently laid upon the writer. The message declares, therefore, that we do not "Find Jesus", but through the Spirit who comes into the wilderness... the Lord finds us.
Some authors point out that the first quotation that he made does not come singularly from Isaiah, but is a composite statement gathered from two prophets. The first prophecy noted is…

A voice cries: “In the wilderness prepare the way of the Lord, make straight in the desert a highway for our God. Every valley shall be lifted up, and every mountain and hill be made low; the uneven ground shall become level, and the rough places a plain. And the glory of the Lord shall be revealed, and all flesh shall see it together, for the mouth of the Lord has spoken.” A voice says, “Cry!
(Isaiah 40:3-4)

“Behold, I send my messenger to prepare the way before me, and the Lord whom you seek will suddenly come to his temple; the messenger of the covenant in whom you delight, behold, he is coming, says the Lord of hosts. But who can endure the day of his coming, and who can stand when he appears?” (Malachi 34:1-2)

Coupled together and notwithstanding, I offer that the prophet Isaiah was made representative of a greater number of prophets, a whole prophetic tradition speaking to us in concert by the power of God's Spirit. The image was briefly used here in Mark possibly because of needed brevity… given sparse scroll materials available.
Also I offer that we need to note current historical research to fully comprehend this message. Mark’s gospel offering is said to be penned from the early church of John Mark, with “Mark” being the working name given to the writing. Though debated somewhat, this work was likely penned about c.65 A.D., and was eventually found as used in Alexandria, Egypt.
Be reminded that the writing was likely completed in scribal slowness, written by quill on papyrus scroll over an extended period of time. The days of having the rapid printing press, typewriter or computer keyboard were yet far removed.
As a disciple of Jesus and the source person who caused the writing, blessed Mark is recorded elsewhere as having traveled widely. Scripture reveals that early after the Resurrection of Jesus, John Mark had gone to Antioch in Syria with Paul and Barnabas. Afterward, he returned to Jerusalem for a time with them…

But the word of God grew and multiplied. And Barnabas and Saul returned from Jerusalem when they had fulfilled their mission, bringing with them John whose other name was Mark. (Acts 13:24)

Later, possibly because of some differences with Paul concerning mission, Mark traveled with Barnabas to Cyprus. Eventually he accompanied Peter to Rome. It is there in Rome, about the time of Peter’s death by crucifixion (c. 57-58 A.D.), that he likely began to collect all those remembrances which Peter had taught. Thus find that my estimate is that blessed Mark began to seriously write this gospel message during the mid-sixth decade of the first century. As a man who was experienced in hearing the gospel message preached and widely traveled across the Gentile world, it seems that God had deliberately formed a very knowledgeable and passionate witness to write this marvelous record to the Gentile world.
We remind all that Mark introduced this work with scarce relation to the Hebrews. This gives merit to many authorities claim for Mark’s gospel as having a focus upon the “Gentiles” (meaning “nations”).  For example, he introduced Jesus as the “Christ”, using that Greek term and not the Hebrew term “Messiah”.  We note also that he wrote that Jesus is the “Son of God”… the Son of the one true God. However, this title... more associated with Judaism, does not appear as written in all copies of the earliest manuscripts in our possession. “Why is this so?” I wondered. Was the term “Son of God” so influential that it was thought to affect the receiving community so that those churches which contained Gentiles as members received agreeable manuscripts? Were some copies intended primarily to be read for those communities recently separated out from synagogues... thus having more Jewish members and given scrolls which deliberately contained the favorable term? Or, was this latter touch only done for greater impact when read? Mere speculation I know… but I think we can entertain these possibilities.

Road Building…
Within a few words after introducing Jesus as the “Son of God”, Mark presented John the Baptist to the gospel readers. Even with the earliest date for written gospel composition, a considerable chronological gap exists between John the Baptist (circa 6 BC to AD 36) and the earliest traditional date of the Gospel of Mark: AD 64–65 (see Irenaeus, Haer. 3.1.1). Therefore John the Baptist is an unknown entity to many, but was presented with drama by Mark and the other gospel records (Matthew 3:1-12, Luke 3:1-20, and John 1:19-37). Portrayed here as a roughly-clad desert prophet…  a man wearing prophet’s clothes bound with leather belt... John was described by Mark as eating a diet supplied from impoverished wilderness living. Thus the early Gentiles, some who were impoverished and sometimes enslaved Gentile hearers… who were doused in water as entry requirement into a synagogue… would easily co-identify with the unwashed prophet. He is described in Mark as a profound wandering worker… one who had made a path straight for many people.
This prophetic role of clearing the road is in accordance with tradition, not only for Hebrews, but for Gentiles in the Greek or Roman world. In ancient custom across the Roman Empire and beyond, the arrival of a royal person’s chariot was prepared by someone who made the way, or road… as smooth as possible. This pattern historically connects to early beliefs in ancient storm deities. Those false storm gods were thought to arrive with much thunder and lightning. Storm gods of nature were known to flatten forest, field and shepherd’s flock on their way to water arid plains and desert interiors. Translated to modern hillbilly vernacular, the prophet’s words rolled out like… “get your fanny down.”
Therefore John the Baptist, described as using the water purification rituals of his day, got down and washed his audience in the river Jordan. The ritual he performed was one that was established to shelter from the storm. John did such washing with a given sequence… first confession occurred, then a thorough washing was done to the confessor. Water purification was seen as symbolizing a person’s death, and their renewal before their deity. Thus as immersed and cleansed… the recipient was determined as good to walk with the Hebrew God for another season.
However, within this last is where Mark delivered the caveat to tradition. Mark wrote that John spoke clearly to his gathering. John the Baptizer said adamantly that just as one who would clear and smooth the road for a deity… he was there to clear the dirt away for someone who was “greater”. There was someone that was coming that would make even his repeated, annual purification a moot event. That one Person was, and yet now is… Jesus Christ, our Lord. 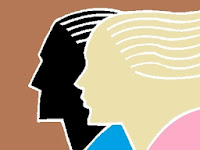 Ditch Dweller?
With this final thought in mind, we approach the altar during the Advent season and sit in the dusty ditches of our sinfulness. However, needing just once to be “washed” by God in Christ Jesus, we who are baptized by the power of the Holy Spirit have certainly received grace upon grace.
Through this Markan scriptural witness we have been made a participant in the grand parade that was headed to the tomb of Christ our Lord. By the power of the Holy Spirit, the baptism which we receive makes us able to approach the aisle of the church yet seeking forgiveness and renewal through Christ. We see the aisle then as rightfully described from Mark as the road by which God comes amongst us through his beloved Son.
Visit Pastor's Personal Videos
Therefore, as we gather nearby to hear this Word spoken during Advent… we may be fed our Lord’s actual Body and Blood. Through this precious gift provided, we have forgiveness of sin and are empowered to help in the building of his road for those who are yet called to enter the Church. We work rejoicing that he has gracefully considered a greater number of people as worthy. We should hear this call clearly from this gospel record, that God does so gracefully pronounce even unto this very day. Make straight the path to the Lord... thanks be to God!
Please be invited to view our video on this topic...
May the Lord Reward Your Inquiring Heart!
Posted by TeeJay at 1:24 PM