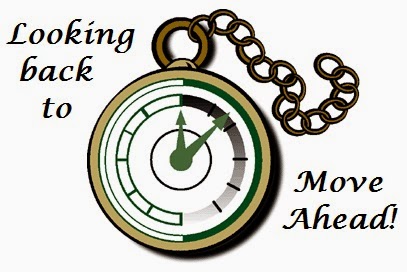 FOR THE Fourth Sunday in Easter, we read from the Gospel According to Saint John. Within this text we of the Church flashback to the time when Jesus spoke openly to an audience in the temple, using familiar symbols for his hearers. Coming to us, therefore, is the Word of God as understood by first century followers of Jesus. Our Lord said to them…

I am the good shepherd. The good shepherd lays down his life for the sheep. He who is a hireling and not a shepherd, whose own the sheep are not, sees the wolf coming and leaves the sheep and flees; and the wolf snatches them and scatters them. He flees because he is a hireling and cares nothing for the sheep.
I am the good shepherd; I know my own and my own know me, as the Father knows me and I know the Father; and I lay down my life for the sheep. And I have other sheep, that are not of this fold; I must bring them also, and they will heed my voice. So there shall be one flock, one shepherd.
For this reason the Father loves me, because I lay down my life, that I may take it again. No one takes it from me, but I lay it down of my own accord. I have power to lay it down, and I have power to take it again; this charge I have received from my Father.”  (John 10:11-18)

Ancient Memories…
Our author John described a scene that occurred in the temple during the Feast of Tabernacles. That annual feast celebrated how Israel remembered God’s guidance of the nation. Historically, God brought his people through wilderness wanderings, out from their bondage in Egypt. He had raised them up above others to be his own people. Subsequently, even before the dust had settled... the people began a wobbly path between sin and allegiance. So it was surely fitting that during this festival, Jesus spoke to those gathered in the temple. He cited the prophecies concerning his own ministry that had already begun among a still wobbly nation. Our Lord’s talk recalled for them…

Behold, the Lord GOD comes with might, and his arm rules for him; behold, his reward is with him, and his recompense before him. He will feed his flock like a shepherd, he will gather the lambs in his arms, he will carry them in his bosom, and gently lead those that are with young.
(Isaiah 40:10-11)

Jesus said that for the people... the speaker in this prophetic text is God, the Eternal One... who is the one set apart from all else. We may rightly understand that both the hearers of the message in the temple and John’s first readers, could readily think of Israel’s religious leaders as mere hirelings. Therefore amid their waiting for Messianic deliverance, Jesus’ radical commitment to the future of the infant community of Christians was welcomed in waiting ears.
We note that Jesus began the telling with the words “I am…” (in the Greek stated as, “ego ami”). These words were not only a statement of his authority to teach in the temple, but recalled for the audience that God spoke through the prophets. They had acclaimed that God is the great Creator whose name is “I AM THAT I AM”. Thus Jesus’ words challenged those standing within the sound of his voice. He caused them to consider that he was sent by the heavenly Father, and he as the Shepherd communicated constantly with our Creator. Thus we find the text brings us full circle.
Jesus, who is sent as Shepherd, tells u that he is the “Good Shepherd”. Thus Jesus is the person described by Isaiah. We also read another Hebrew prophet who described God’s role as Good Shepherd…

“For thus says the Lord GOD: Behold, I, I myself will search for my sheep, and will seek them out. As a shepherd seeks out his flock when some of his sheep have been scattered abroad, so will I seek out my sheep; and I will rescue them from all places where they have been scattered on a day of clouds and thick darkness.
(Ezekiel 34:11-12)

Consequently, we find that Jesus’ words in the temple challenged the hierarchy of powerful authorities. Some choked in being called hirelings who have abandoned the sheep. Therefore a power struggle and its subsequent conflict led eventually to our Lord’s crucifixion.
Note that in our reading, Jesus said that not only were the people of Israel who believed in him, his sheep… but those who believed who were not Jews were his as well. This came as very good news for persons on the sidelines of the Jewish faith in John’s day. Consider what this lesson meant as read before the Christian people in the time of the writer. I believe that blessed John, by the power of the Holy Spirit, included this text for a central reason. The Church was growing in spite of human power struggles. First take into account that great tension existed at that time for the early Christians.
You see, at the time of John’s writing the authorities were clamping down on Jewish “Christians”. They worshiped under growing persecution. The Jewish synagogues across the Roman Empire felt they were losing control. All Jews had been subject to the piercing lance of Roman oversight, and felt great danger because the new Christian sect challenged both Roman law and Jewish Law. This drew more unwanted attention to the Jews. Tensions thus arose.
Certainly, Jewish Christians tried to remain in the synagogue though tension increased. Like in the days of Jesus’ earthly ministry the hireling shepherds fought the gospel proclamation. They were consistent to what had occurred when Jesus spoke in the temple. To prove so, I offer…

So the chief priests and the Pharisees gathered the council, and said, “What are we to do? For this man performs many signs. If we let him go on thus, everyone will believe in him, and the Romans will come and destroy both our holy place and our nation.”  (John 11:47-49)

Rabbi Gamaliel, a leader of the Jews in that later era, in like manner issued “Eighteen Benedictions”. These condemned the followers of Christ. Seemingly done to fight Christian influence in synagogue communities and keep the Romans at bay, the action was quite self-seeking. The Jewish leaders thought to cast the Christians out of their midst and let the hounds of the Roman Empire feed exclusively upon the followers of Christ. The Jews who were Christian were thus used as scapegoats. Mercifully, we find that Jesus is a miraculous Shepherd. Our Lord has a way of turning sinful goats into sheltered sheep through baptism and the power of his Word. That fact was and yet is one which neither Gamaliel nor Caesar, nor modern worldly powers negate.

Moving Forward!
Just as Gamaliel’s had published the “Eighteen Benedictions”, so too people of the true Christian faith are being cast out now. Christians are often berated in the progressive press of the modern world. We stand shunned and persecuted all around the world. Do not be deceived! Though John said that “the Jews” were the cause back then, do not persecute them nor see them as exclusive adversaries to the gospel message. Know that all other religious expressions contest Truth and fall short. And, contrary to modern Jewish people, many others are physically hostile even unto acts of terrorism.
You see, the difficulty the early Church presented was in telling that Jesus, as the “Good Shepherd” was, is and ever shall be God. This introduced the “scandal of particularity”. That phrase describes the divine "foolishness" the modern world does not want to hear. So even now, many contemporary leaders would place Christianity among the plethora of other religions. Somehow they believe that if they lump us all together we shall be easier to control.
However, we know by the power of the Holy Spirit revealed in scripture, that Jesus is “wholly” and “exclusively” God. Thus as the Good Shepherd he retrieves those who are known as his own, and yet looks for the lost. Finding the lost, he secures us by the power of the Holy Spirit and no one can remove us from his love. As for the others, try as they might… they cannot and never will get to heaven on account of their own doings, violence and observances.
Click Here For Pastor's Personal Videos!
Because of this particularity, therefore, the Christian Church and its faithful shall be continually attacked. The news highlights the lengths to which some radical groups will go to cast our Lord out… even in this so-called “modern” world. We need remember, brothers and sisters in Christ, to be modern does not necessarily mean “tolerant” nor “accepting”. Remember blessed lambs! The evil that casts you out because you are Christian is the same demonic spirit that also cast out Christians in John’s day.
Realize by the power of the Holy Spirit that the flock came through gross persecutions before. As well, though your witness may not fall easily upon hardened hearts, continue to proclaim the gospel.
Consequently, I ask that we pray not just for ourselves. We need pray and witness the more for those who have not yet heard and have not yet believed. Let us gather, pray, and ask forgiveness and seek empowerment for the sake of Christ Jesus, who died so that we might live and serve. It is Jesus who rose again, and now sits at the right hand of the Father. Boldly speak this good news in the marketplace, workplace and the public square. By doing so we participate in the hope of God for all.

Please be invited to view this pastoral video...
Know the Good Shepherd!