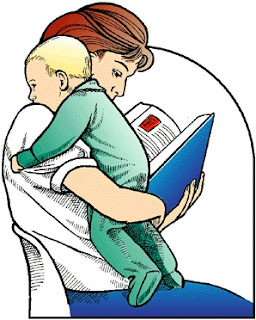 FOR THIS Sunday after Pentecost, we find that our text in Luke challenges the apostolic church to endure and grow. Always.., but especially during times of duress, we are called to have faith in our deliverance given by God….

And he (Jesus) told them a parable, to the effect that they ought always to pray and not lose heart. He said, "In a certain city there was a judge who neither feared God nor regarded man; and there was a widow in that city who kept coming to him and saying, 'Vindicate me against my adversary.'
For a while he refused; but afterward he said to himself, 'Though I neither fear God nor regard man, yet because this widow bothers me, I will vindicate her, or she will wear me out by her continual coming.'"
And the Lord said, "Hear what the unrighteous judge says.
And will not God vindicate his elect, who cry to him day and night? Will he delay long over them?” I tell you, he will vindicate them speedily. Nevertheless, when the Son of man comes, will he find faith on earth?" (Luke 18:1-8)

Teaching Endurance…
In continued answer to the disciples’ request to increase their faith, the author of our text from Luke related that Jesus taught the church about endurance. In our Lord’s teaching, the parable contrasts legalistic wrangling between the worldly powerless… and the revealed church as empowered by God.
We first note that the text we read here is found only in Luke. This establishes that several possibilities exist for its singular inclusion in this gospel. Since Luke’s witness is thought to be written circa 85AD, we consider that the parabolic text may have come through the power of the Holy Spirit from a late first-century source. We also cite that there is no such parable or text in the Gospel According to Saint Matthew, gleaned from the so-called “Q” document, though it is thought by most scholars that Matthew was written during the same decade. This fact looms large for our discussion.
While it may be argued that that the writers of both Luke and Matthew may have had this same source available in “Q”, the Matthean writers may not have had room on the parchment for its inclusion. Also, and more importantly, we may also guess that the parable was not as relevant to the Matthean community’s societal or political position.
Given this, I offer that if the latter case is true, the parable’s appearance may support the claim that the story was specifically relevant to the Lukan community… and addressed its burdens within its particular geographic ministry. You see, that community was historically spread across the Greek provinces; whereas, Matthew’s churches were located as centered in Syria.

Moving from Unjust to Just…
In telling the example of the widow, Jesus originally held up a call for right vindication, retribution and punishment. In the telling, earnest steadiness in prayer is taught as a character to be valued by the disciples. In the story, the listeners heard that the widow's earnestness prevailed even with the unjust judge, even though her persistence could have set him more against her. The story thus expressed by our Lord was that she literally wore the unjust man out in her petitioning. However, our Lord impressed upon the disciples that her earnest prayer was pleasing to God. Jesus thus taught that such response from an unjust man who does not even fear God, stands in paltry relation to the judgment that shall be poured out from God who is indeed Righteous. This message thus related, highlights the disparity between that which influences human social powers over against the work of God.
As told by Jesus, the parable ended with the repeated questioning echoed as to whether when all things are said and done... will faith be found upon the earth. Consequently, Jesus highlighted the importance of continued persistence as a desired quality in the active faith of the disciples, establishing that they must continue prayers unceasingly… for surely those requests do not fall unheard or unanswered.
For Luke, the "widow" doubtlessly represented not only the dispersed Jews of his own audience, but also many Gentile proselytes in the Christian church of the late first century. Was it being stressed that these last shall be found amongst the heard, and their prayers answered when accounts are settled and the kingdom of God is fulfilled? As we read of the faith of the widow, we see that she likely represents the early churches to which Luke wrote. This confirms for us that the word "faith" meant not just a personal faith, but the faith to be found as a quality needed within the whole body of Christ, a community which included both Jews and Gentiles. In other words, this Lukan text contains a collective prophecy, that coming shortly was a time of such apostasy that the truth of God will have seemed to have nearly departed entirely from the earth. Thus it was that the gospel writer related through this parable’s telling, that despite prolonged oppression... God indeed is yet Lord and Judge of all.
By his answer, therefore, Jesus spoke about the enduring character that should embolden all saints of God during trying times. The traits held up by this parable, included only in Luke, stand staunchly as prophetic in our own day. As a pastor I emphasize that this knowledge is based predominately on a right comprehension of sin according to scripture, and a soulful request for expressed faith in the validity of Jesus’ sacrificial atonement. Let it be known now that the receiving of such understanding comes to us only by the Holy Spirit. History reveals that it was only through the Spirit’s empowerment that the church of Luke endured through persecutions. Indeed, travesties in both societal and governmental justice assailed the early Church from before the decades of Luke’s writing, through a time until and beyond the reign of Constantine. Today we yet find that these same persecutions persist.

Prayers and Proclamation!
In these modern times, therefore, I say to you that we of the Christian church are called to take sight of the animosities which violently oppress evangelical outreach in such places as Africa, Syria, and more modern cultures. We need to recognize that demons undermine the right interpretation of scripture even in more culturally-developed nations, where the Church must stand against incorrect progressive and socialist misinterpretations of our Lord’s ministry.
As the Church therefore, let us be like the poor widow and place before God persistent prayers made in petition against those that attempt to further close doors. Newspaper headlines reveal that these exist. Many modern minds are closed and barred not only against Christians who are imprisoned and murdered in such as Syria, Iraq and Iran, but are also tightly bolted against right Christian proclamation within “first world” superpowers. Take note that these demonic forces rail incessantly against our exclusive gospel proclamation of salvation through Christ alone in such places as our modern societies and governments. In the United States, for example, we see that political personalities and powers repeatedly express false rights. They shield themselves with a flimsy protectionism erroneously granted through their Constitution misinterpretation, one which favors complete political separation of church and state. Consequently we of the Church need to find within this lesson that witness is prayerfully found in the true... but hard-oppressed apostolic church.
Historic faith persistence needs to be uplifted. We need to keep pounding on the doors of injustice, and know that the judgments of Almighty God shall prevail beyond this world’s striving. We need to cry out “Blessed is He who comes in the Name of the Lord” as we continue to proclaim the Truth that is told in the gospels. We need to gather faithfully and plead before our Savior again this Sunday… “Let the Son of Man come to find faith upon earth.”

Please be invited to view our  latest personal video...


Blessed The NAME of the Lord!