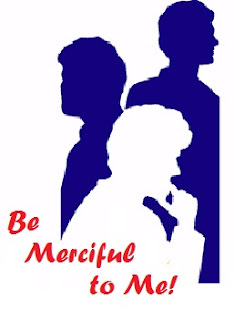 FOR THE Twenty-Third Sunday after Pentecost we continue reading from the Gospel According to Saint Luke. Within the text singularly offered by our author, we have a very relevant teaching about humility.

He (Jesus) also told this parable to some who trusted in themselves that they were righteous and despised others…
“Two men went up into the temple to pray, one a Pharisee and the other a tax collector. The Pharisee stood and prayed thus with himself, ‘God, I thank thee that I am not like other men, extortioners, unjust, adulterers, or even like this tax collector.  I fast twice a week, I give tithes of all that I get.’
But the tax collector, standing far off, would not even lift up his eyes to heaven, but beat his breast, saying, ‘God, be merciful to me a sinner!’
I tell you, this man went down to his house justified rather than the other; for everyone who exalts himself will be humbled, but he who humbles himself will be exalted.” (Luke 18:9-14)

Identity Crisis!
In the telling of this scene, Luke does not concretely identify the persons to whom our Lord Jesus is speaking. However, from the context found within the introductory sentence… we may guess that Luke notably related this to the whole audience of Christian congregations. The warning given to us clearly states that there is great danger for those who declare a higher status in righteousness than others. The story Jesus told used the comparative examples of a strict Pharisee… and a lowly, detested tax collector. Jesus stated that the attitude each held governs the person’s justification before God. Therefore we know that Jesus, through his servant Luke, is noted as favoring those who come before God with confession and humility.
In historical context of the time, it seems that Luke offered this teaching during an era of church growth in the late first century. Indeed, this was a time when two main factions of the church maneuvered for priority. In considering this evidence then, a revelation may be found for us in that the two very human examples that Jesus gave… a Pharisee and a tax collector represent more than themselves. We might ask whether these two characters used in the story, which were held high during this stage of Jesus’ ministry, prophetically described the personalities of two differing church factions. These came into prominence decades after the Ascension of Our Lord.
When the event originally occurred, the separate groups were germinating within the ranks of the disciples… even during the time of Jesus’ ministry. The maneuvering of James and John for seats alongside Jesus when he would come into power is a prime example of this fledgling tilt. The inclinations remained and were the disciples were competitive even after his death and Resurrection.
Though empowered under the guidance of the Holy Spirit, the organization of the church quickly divided along theological, traditional and territorial lines. The first group we can notice was brought to the forefront under the influence of Peter and the apostles. However, by the time of Luke’s writing, all of the original twelve apostles were gone. They had dispersed as requested across the known world in apostolic fervor… and were either martyred or had died in elderly years.
The second group was centered around James and our Lord’s brothers. These wanted to keep Jerusalem and Judaic traditions as the focus of the Christian movement. Most of these leaders, were killed off or scattered afar by the Romans purge of the late ‘60s. Subsequently, their influence was felt in the dispersion of Christians to places in Asia Minor, Egypt and Syria.
By the late first century the church was left with two main Christian factions. The Hellenists, were collectively derived from followers of Philip, Paul and his Gentile group. These were those who at first embraced the use of Greek Septuagint for worship and scripture reading. They included Jewish proselytes central to Asia Minor. These flexed in virtual religious practice over against the purist Jewish stubbornness Hebrew custom and synagogue, those who wanted to use strict adherence to the prayers and traditions that had meant much to such people as the Pharisees. These “Judaizers” were prayerfully demonstrative of their adherence to the Law, dietary restrictions and circumcision as a sign of their commitment and holiness. They claimed a historical priority, while the other factions of Gentiles accepted their lowliness, comparative ignorance and dependence upon God’s merciful action made through Jesus Christ.
Using this historical context then, we can form an opinion that this text written by Luke related that Jesus would not approve in the Spirit of the rank competition occurring between those in Luke’s provinces and the Christian gatherings centered in Antioch of Syria. I believe that Luke was chiding both his own diaspora synagogues and the Syrian churches by emphasizing the piety of the tax collector.
You see, we know that in Israel and other provinces of Rome, the tax collector was thought of as a social outcast. As well, the fact was well known by the church that Levi was a tax collector. Having been a disciple…. he was renamed Matthew by Jesus. He had become an apostle… and had been subsequently tied to the activities of one of the two remaining factions within the early church. The Gospel According to Matthew is said to have its roots in Antioch of Syria, and is yet attributed to him. Additionally, we need consider that Matthew’s gospel is claimed to have been written in final form during that same time frame as the Gospel According to Saint Luke.
Given this history, I ask, “Was Luke chastising the competitive, divisive and destructive characters in the Christian witness of the day?” If so, what does this say to our modern churches? Given this assumption, I believe we can award prophetic foresight to our Lord. Jesus knew his followers to the depths of their souls. He knew them, and we ourselves as sinners. Indeed we are sinners to be made saints through him.
Shortly after the time of our Lord’s crucifixion… the infant church divided into the two factions, each having its own agenda. As proof, we note that the earliest letter of Saint Paul to the church in Galatia attests to the tension that grew between Peter and Paul over the Christian Greeks. Peter drew back from collectively dining when the representative of James arrived. He suddenly refrained from eating non-kosher foods. Consequently, we see here in our Lord’s final statement a concern that we opt for a better way. Luke presented that Jesus himself said that the one who is truly justified is the downcast one who knows and confesses any haughty sin, and begs that God would show mercy.

Passing the Test?
As a Christian church that should work to declare the good news of salvation in the modern world, we therefore might pause to consider just how we might be described by our Lord. Who are we in comparison with the various expressions of the Christian faith? Do we too liberally claim more civil “righteousness” than “those others” in order to gather greater pew attendance? Do we haughtily claim to be the most pure in our theology or most faithful in our following of religious traditions? Or rather, do we above all wish to be counted as those who simply confess our sinfulness… both individually and collectively… and thus rest our future in ministry solely upon the forgiveness supplied through the love and sacrifice of Christ Jesus?
I say to all that we need be the latter of these. I say to you that in hearing such prophetic words, we need to beat upon our chests as we realize our need of the Holy Spirit’s guidance. We need to stand as guided by the Spirit with our eyes cast down… and be driven to confess by saying with Christians one and all.., “Lord… be merciful to me, a sinner.”