Authority in Word and Deeds 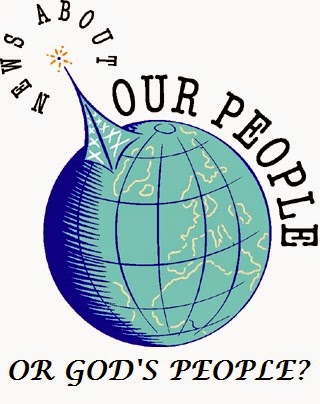 WE CONSIDER the gospel lesson for the Seventeenth Sunday after Pentecost. The text challenges those who fail to turn to God when faced with questions of divine, ultimate authority. Within the gospel reading our Lord contended with persons who wanted to judge those whom God sends to call us…

And when he (Jesus) entered the temple, the chief priests and the elders of the people came up to him as he was teaching, and said, “By what authority are you doing these things, and who gave you this authority?”
Jesus answered them, “I also will ask you a question; and if you tell me the answer, then I also will tell you by what authority I do these things. The baptism of John, whence was it? From heaven or from men?”
And they argued with one another, “If we say, ‘From heaven,’ he will say to us, ‘Why then did you not believe him?’ But if we say, ‘From men,’ we are afraid of the multitude; for all hold that John was a prophet.” So they answered Jesus, “We do not know.”
And he said to them, “Neither will I tell you by what authority I do these things.
“What do you think? A man had two sons; and he went to the first and said, ‘Son, go and work in the vineyard today.’ And he answered, ‘I will not’; but afterward he repented and went. And he went to the second and said the same; and he answered, ‘I go, sir,’ but did not go. Which of the two did the will of his father?”
They said, “The first.”
Jesus said to them, “Truly, I say to you, the tax collectors and the harlots go into the kingdom of God before you. For John came to you in the way of righteousness, and you did not believe him, but the tax collectors and the harlots believed him; and even when you saw it, you did not afterward repent and believe him.  (Matthew 21:23-33)

Words and Deeds?
The temple powers asked by what authority did Jesus do the astounding things that occurred during the final week before his crucifixion. Jesus, just the day before, had completed a dramatic act during the cleansing of the temple. He drove merchants from the courtyard. The words and deeds done then by our Lord are recorded by all of the gospels, and not just by Matthew.
Jesus challenged the principalities and powers. Therefore a question bubbled up in a heated froth from temple authorities, about whether he was the Messiah. They wondered with malice it seems, “Was this Jesus the Sent One of God?” (see Mark 11:27-33, Luke 20:1-8, and also John 2:18-22).
Remember! Jesus is the man who had entered Jerusalem on a donkey, in the manner of ancient Hebrew Messianic leadership.
In this text we read that he returned to the temple courts. Once there, he was confronted again about the source of his authority. Why was he doing such radical acts? Jesus answered the question of authority with a question. Using a technique that goes back to the primal confrontation between Job and God (Job 40:1-14), he challenged them concerning the authority of John the Baptist. By doing so, he caught them amid a power struggle of their own making. If they answered that John’s authority was authentic, Jesus could then ask why they had not listened. If they answered that his authority was groundless, they would glean the wrath of some people who were listening, who yet held John in high esteem as a prophet. So they decided to politically beg ignorance… and Jesus therefore dismissed their challenge. If they could not answer, he indeed would not.

Given that this lesson appears at length within the context of Matthew’s church, I consider that we may view that the writer of the gospel is contending with similar issues. Could the authority of Jesus have been yet an issue even four decades after the crucifixion? If the listeners believed the report of the Resurrection, was the Judaic penchant for establishing hierarchical power and authority harmfully affecting the early Church? We may also consider, "Are we any different?"
Or if some doubted the Resurrection, was this conversation answering those powers within the synagogue community who still favored John the Baptist as a peer to Jesus in stature? Would not this text give them a favorable position for more theological attack… a power argument against those pesky Christians?
Considering these questions, I believe that since this text is in evidence across all of the gospel records, both arguments noted here may have been at work in all early Christian communities. Therefore the challenge existed and had carried over from the earliest Church writings. From early on then, we have evidence that Jesus' authority was at issue! We read from the earliest canonical writing within the New Testament, from the pen of Paul (circa. 45 A.D.)…

Grace to you and peace from God the Father and our Lord Jesus Christ, who gave himself for our sins to deliver us from the present evil age, according to the will of our God and Father; to whom be the glory for ever and ever. Amen.
I am astonished that you are so quickly deserting him who called you in the grace of Christ and turning to a different gospel— not that there is another gospel, but there are some who trouble you and want to pervert the gospel of Christ.
But even if we, or an angel from heaven, should preach to you a gospel contrary to that which we preached to you, let him be accursed. As we have said before, so now I say again, “If anyone is preaching to you a gospel contrary to that which you received, let him be accursed.  (Galatians 1:3-10)

We see that from the time before the crucifixion, and through the days of the early Church and continuing even unto this day… the authority of Jesus has been challenged. Though for Paul the contention was over a different issue, of circumcision of the Gentiles coming into the Church... the authority issue of Christ was being laid over against the traditions of the elders. It is thus important that our lesson today shows that Jesus had declined to answer the immediate challenge, for the “chief priests and elders of the people” had already declined to hear the opposing argument in rather stiff-necked fashion in order to maintain their offices. Resistance thus remained high against Jesus, therefore, throughout the diaspora community of Israel and for decades and centuries to come.

Proof in the Turning...
Then taking a creative opportunity for a teaching moment, Matthew described that Jesus showed the continuity between John and his own mission. The deeds needed for salvation first called for by John, were being completed by Jesus. Our Lord thus told the parable of the “Two Sons”. In this telling we find that our Lord said the proper response to his gospel message must be measured by the evidence of repentance. However, the word repentance ( Greek – mεταμέλομαι ) used here indicated a turning by which one’s mind is irretrievably changed. Herein the Law and the Gospel respectively first convicts a listener... and then secondly works toward salvation for those who try to stubbornly remain of unchanged mind.
John had come out of the wilderness and demanded repentance... and those who knew no power, but wished salvation… would obey wholeheartedly. Seeing Jesus baptized and following him... they would see the kingdom. Those who tried and yet try to hold on to faint powers in this fallen world do not.
We ask then, "Why are we sinful humans so resistant?" We are reminded that Matthew had just recorded that Jesus taught…

We thus receive the wondrous gospel message given to the disciples. Then, should not we who realize the poverty of our sin by the witness of the Holy Spirit, accept this call to repentance? Shouldn't we turn to God and beg forgiveness?

We freely receive forgiveness and retain eternal life for sake of Jesus’ death upon the cross. Remaining in the world as Christians then, we persist in our right work of proclamation through both Law and Gospel. These are the tasks for those beloved of God who accept that they shall enter the kingdom, not by their doing, but by God’s doing!
This is the message of our gospel reading today. If we look for security in the world by holding vainly to power and position in either our civil or religious societies, rejecting the exclusivity of salvation through Christ alone, we do great insult to the gift of eternal life that our Lord offered upon the cross. When we diminish this gift by lowering Christian claims of Jesus' power and authority, causing them to rest among those religions whose adherents strive in works for power and position, we walk bold-faced in concert with the one who deceives.

Please be invited to watch our video...

May the Lord our God order your steps, now and forevermore!