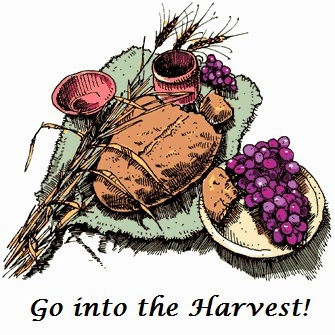 FOR THE Eighteenth Sunday after Pentecost we encounter a gospel lesson that includes the Parable of the Vineyard. This reading brings a historic record to bear on the evangelical productivity of the earthly Church, and our proclamation of the gospel message today.

“Hear another parable. There was a householder who planted a vineyard, and set a hedge around it, and dug a wine press in it, and built a tower, and let it out to tenants, and went into another country. When the season of fruit drew near, he sent his servants to the tenants, to get his fruit; and the tenants took his servants and beat one, killed another, and stoned another. Again he sent other servants, more than the first; and they did the same to them. Afterward he sent his son to them, saying, ‘They will respect my son.’ But when the tenants saw the son, they said to themselves, ‘This is the heir; come, let us kill him and have his inheritance.’ And they took him and cast him out of the vineyard, and killed him.
When therefore the owner of the vineyard comes, what will he do to those tenants?”
They said to him, “He will put those wretches to a miserable death, and let out the vineyard to other tenants who will give him the fruits in their seasons.”
Jesus said to them, “Have you never read in the scriptures: ‘The very stone which the builders rejected has become the head of the corner; this was the Lord’s doing, and it is marvelous in our eyes’?
Therefore I tell you, the kingdom of God will be taken away from you and given to a nation producing the fruits of it.”
When the chief priests and the Pharisees heard his parables, they perceived that he was speaking about them. But when they tried to arrest him, they feared the multitudes, because they held him to be a prophet. (Matthew 21:33-46)


Counter-Productive Mission?
Our gospel writers of both Matthew and Luke apparently retrieved an earlier lesson given in record by the church of Mark (see Mark 12:1-12 and Luke 20:9-19). Therefore we can see that this text reflects in no small way, early tensions in the Church. In this text, we hear that Jesus had previously used the symbolism of the vineyard while upbraiding temple authorities for their lack of faithful productivity for the kingdom of God. At that time, our Lord reached into the Hebrew scriptures and harvested great relevance. For this, he used the commonly held symbolism that Israel was the vineyard of God. The prophetic scripture told the historical fate of past Hebrews who had not been faithful. From the prophet we read…

And now I will tell you what I will do to my vineyard. I will remove its hedge, and it shall be devoured; I will break down its wall, and it shall be trampled down. I will make it a waste; it shall not be pruned or hoed, and briers and thorns shall grow up; I will also command the clouds that they rain no rain upon it. For the vineyard of the Lord of hosts is the house of Israel, and the men of Judah are his pleasant planting; and he looked for justice, but behold, bloodshed; for righteousness, but behold, a cry! (Isaiah 5:5-7)

Using this image, therefore, our Lord told those who were present of their leadership shortcomings. In so many words, he said that the appointed watchmen were not doing what they were called to do… and the result would be the same as before… either death or exile into foreign lands. We note that the original agreement with the owner and vineyard keepers was not that they were owners or employees, but rather were tenants. In this we note that as tenants they were to keep a share of the harvest and relegate to the owner what had been agreed upon. This last was thought to be a good faith contract made between the owner of the vineyard and the workers in the fields. This had long been translated into representing the relationship that existed between God and Israel.
However, as we see in Jesus’ telling, the servant workers in the parable saw a chance to reap greater profit by keeping that which belonged rightly to the owner. The servants went as far as boldly killing the owner’s son. Asking his audience of temple leaders then, Jesus prophetically challenged those who were in charge of keeping the vineyard in his own day.

After finding them in agreement about what should be done to the evil servants, Jesus warned that Israel’s watchers had not been on fervent in duty. They had allowed thievery to occur. Here to emphasize how onerous was the offense, we note that the text reads that Jesus described that the owner would “miserably destroy those wicked men” (in the Greek - (κακούς κακῶς ἀπολέσει αὐτούς)
Having secured agreement from his audience about the offense, Jesus took a symbolic leap from the agricultural to the mechanical… to the harvesting of rock that crushed the grapes... the object that was intended as the wine press. Thus it was that the wine press of the vineyard, unused and made of stone… became the next crucial symbol. The wine press… one which had a channel cleaved in it for drainage… was not producing the fruit of the grape.
Jesus stated that the rock, once rejected and unused by Israel for the Lord’s harvest, was to become the cornerstone. From that cornerstone God would so provide. The sum point was that Creator would cast out the unfaithful worker and their useless device and pass the task to a new generation. By placing the stone or rock as central, Matthew focused his church on the Rock which is Christ our Lord. Further, Matthew echoed that Jesus had stated emphatically that this was the Lord’s doing and it was indeed marvelous! At once, Matthew thus told them… that even amid betrayal and death… life would emerge. Therefore with subtle nuance, Matthew related to those who would remember for an untold age to come... an image of Jesus’ death and Resurrection. 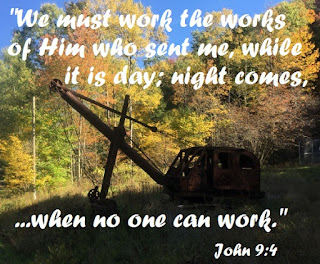 Harvest in a Bounteous Kingdom!
Please know this! We too often read this text simply as a condemnation of the priests and legal authorities of the temple, but to do so is to make an error in interpretation and thus we miss proper application. Many scholars initially offer that our author simply appropriates the earlier-penned witness and added only minor explanation, but I consider it as reflecting upon the emerging Christian church. Note a minor change occurs in the wording of the story from Matthew,
In Mark, the sequence of persecution of the owner’s son (Mark 12:8) is that he was killed, then cast out. In Matthew, however, the order is reversed. The son is first cast out, then killed. Though this may seem a minor point, the difference I consider as quite telling. Because of the re-ordering of these words, it seems that Matthew wanted to clearly apply the identity of the son, the one killed and cast out… as the one cast out and killed.
Matthew was pointing to not just the owner’s son, but God’s only begotten Son. The identity of the son in the parable becomes more sure! Jesus, the Messiah, the Christ… whom the Father had sent into his vineyard was the one Son wrongly persecuted. It is he that is the cornerstone. Therefore, Matthew used the text concerning Jesus’ condemnation of Jewish authorities... thus bypassing condemnation of Gentile Christians, to give warning to his own Christian community.
We may say that it seems Matthew wished to press Church leaders toward reflection and serious examination of their inherited tasks. Since they were primarily Jews who walked in the footsteps of the Son and were baptized by the Spirit, they had rightly received God as the owner of the Vineyard, and they were its tenants as they separated from the parent synagogue.
As proof of this emphasis for the early Church, I offer the words of Luke’s community, as passed along in comment from an earlier apostolic witness…

And Paul and Barnabas spoke out boldly, saying, “It was necessary that the word of God should be spoken first to you. Since you thrust it from you, and judge yourselves unworthy of eternal life, behold, we turn to the Gentiles.
(Acts 13:46-47)

Thus I see that Matthew sternly warning his people against rejection of the gospel message and misappropriation of the fruits of the kingdom. This he did in concert with earlier witnesses.
We must then ask ourselves, “How are we to apply this lesson today?” As we look about at the table of the Lord, where the wine of the kingdom is poured out as the true saving blood of our Lord, we who are unworthy and sinful servants might reflect upon our work in the vineyard. If it were not for our sin and sloth, the wine skins of God might be already full, having openly gathered all.

Take note! Our Lord Jesus warned the leaders of the temple and thus also warned Matthew’s church… and subsequently long historic shadows loom large for ourselves. We are given a task of harvest that is not being accomplished. In Matthew’s time, some factions of the Christian community were splintering to follow Paul, others Peter, and others the teachings of John. This may have been the strife that made Matthew refocus the gospel message. Highlighting that Jesus was first cast out then killed, he thus struggled to clarify proclamation and unify the Church.
I note this to you as we see dwindling attendance and participation in many apostate churches across the globe. I contend, that if we do not change our sinful, squabbling harvest method, especially those of us doing ministry in traditional, mainline expressions who are now scrambling for membership and stealing scriptural profit… we too shall succumb to the penalty of working poorly prepared land and bad seed being cast out. We shall go the way of the unfaithful.
What shall we do brothers and sisters in Christ? I say to you, remember the lesson of the vineyard! As we plan, first let us prepare fertile soil in the world by using the proclamation of both Law and Gospel. Once the Law has been cast forth like fertilizer to prove our mutual human stench, let us grasp our guilt before the table of grace and germination will occur in us by the power of the Holy Spirit. Then, once having been forgiven through the waters of baptism for the sake of Jesus Christ our Lord... and not our own meager harvest, we can determine to walk side-by-side to cast the Word of God rightly interpreted.
Certainly, if jealousies arise from within or against any denomination… causing distress that would uproot the right work of God’s people… let us strive to weed out scriptural misinterpretations and ensure proper pruning. Remember! We must not seek personal profit or attempt to justify our own philosophical crop. Instead, let us pray for the true hearing of the Spirit that produces fruit for the kingdom of God.
Finally, know for sure that we are but tenants, and know who it is that really owns the Vineyard. To God be eternal glory.


Please be invited to watch our video...

May God Give You The Spirit Of Planting and Harvest!