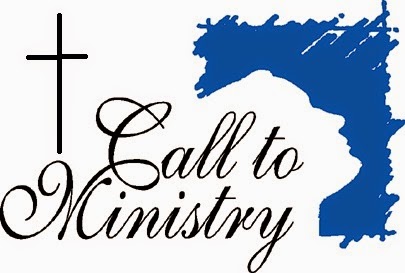 THE Fifteenth Sunday after Pentecost brings us to read once again from the Gospel According to Saint Matthew. Within this text, we find instructions about forgiveness given to Christian communities. The lesson reveals that we are to go beyond required standards…

Then Peter came up and said to him, “Lord, how often shall my brother sin against me, and I forgive him? As many as seven times?”

Jesus said to him, “I do not say to you seven times, but seventy times seven.

Therefore the kingdom of heaven may be compared to a king who wished to settle accounts with his servants. When he began the reckoning, one was brought to him who owed him ten thousand talents; and as he could not pay, his lord ordered him to be sold, with his wife and children and all that he had, and payment to be made.

So the servant fell on his knees, imploring him, ‘Lord, have patience with me, and I will pay you everything.’ And out of pity for him the lord of that servant released him and forgave him the debt.

But that same servant, as he went out, came upon one of his fellow servants who owed him a hundred denarii; and seizing him by the throat he said, ‘Pay what you owe.’ So his fellow servant fell down and besought him, ‘Have patience with me, and I will pay you.’ He refused and went and put him in prison till he should pay the debt.
When his fellow servants saw what had taken place, they were greatly distressed, and they went and reported to their lord all that had taken place. Then his lord summoned him and said to him, ‘You wicked servant! I forgave you all that debt because you besought me; and should not you have had mercy on your fellow servant, as I had mercy on you?’ And in anger his lord delivered him to the jailers, till he should pay all his debt.

So also my heavenly Father will do to every one of you, if you do not forgive your brother from your heart.” (Matthew 18:21-35)


Doing Justice?
Our gospel writer reiterates that which had been laid out to the early church about Christian forgiveness. The Matthean witness related to the congregations previously that Jesus, when teaching his disciples how to pray, stated that we should ask for forgiveness of debts (sins), just as we have been forgiven (Matthew 6:12). However, as we read this please be reminded that Matthew addressed a community which had strong roots in Judaic legalism and traditions. For this reason, we need to consider their predisposition. In scripture, as represented by Peter, they had surely received guidance through the Law of Moses. Peter quoted a Hebraic scriptural standard, but first note that recompense for injury was stated as quite vindictive…

Lamech said to his wives: “Adah and Zillah, hear my voice; you wives of Lamech, hearken to what I say: I have slain a man for wounding me, a young man for striking me. If Cain is avenged sevenfold, truly Lamech seventy-sevenfold.”
(Genesis 4:24)

Thus Peter’s statement about forgiveness of debts was rooted in very early Hebrew tradition, for by stating the “sevenfold” example we see it was even exceeded by that which was passed along by rabbinical teachers of his own day. Those contemporary teachers stated that one was to forgive only three times before grabbing someone by the throat and hauling them into a legal hearing.

To set the stage for us now, we first see evidenced in Luke how Jesus used this sevenfold standard. He taught them saying...


“A certain creditor had two debtors; one owed five hundred denarii, and the other fifty. When they could not pay, he forgave them both. Now which of them will love him more?” Simon answered, “The one, I suppose, to whom he forgave more.” And he said to him, “You have judged rightly.” (Luke 7:41-42)

We see by this Lukan text that the ancient sevenfold rule of thumb had been a concrete measure numerically used by Simon (Peter) and also many others who sought to “exceed righteousness”. Put simply, they carefully measured justice! However, we note that Luke later recorded where Jesus addressed the disciples’ about using their sinful, sliding scale. He radically stated what the Church is to do if the offenses occurred in just one day’s time…

We repeat these radical instructions here! Jesus stated clearly, “seven times in the day”. Thus it was that more persons than Peter offered the sevenfold as a standard; far greater persons in number had stated that justice demanded more than the three-fold forgiveness recommended by contemporary rabbinical authorities, Therefore, Jesus called the infant Church to go much, much farther.
You see, our Lord radicalized the amount stated in Peter’s self-answered question. Jesus cited a very radical number of forgiveness instances to be made available. Then using a parable, our Lord gave the example of the immense forgiveness of a king. He stated that the ruler forgave a debtor to the tune of about six million dollars (by today’s count). This was done in spite of accepted legalities that which would have imprisoned the man unto torture, so that his relatives would work long and hard to ransom him. The king did not attach all of his possessions, nor enslave the man's family.
However, after the abundant forgiveness was granted, the debtor did not pass along the grace provided. He did not… as we call it today… pay it forward! He imprisoned a second, rather poor man who owed him a mere sixteen dollars. He grabbed the man by the throat, a contentious but legally appropriate action of the day… and hauled him before a judge. He had the offender imprisoned because of the debt. In this alarming double standard we see how justice was tilted... and therein lay the breakaway mandate of the early Christian church.
You see, a subtle shift takes place in the dialog of the parable... by those who were “greatly distressed” ( Greek – elypethesan sphroda ) by the action of the first man. These went to their “own” lord to report the malady. Thus we find in parable that this particular lord was rather ambiguously portrayed... as either the original king, or could yet be another lord.
If we accept the latter example, then this "other" lord was in a position so that he could influence the master of the first debtor. If that was so, then we are called to ask, “Is this an early expression of Trinitarian dogma?” because one who was King could be influenced only by another who was also King? To be sure, whether you view this discourse as historically the words of Jesus or our own interpretative apostolic leanings, I consider that this may have indeed been an expression of theological doctrine emerging from the church of Matthew, possibly written down from oral tradition some fifty years after the crucifixion and Resurrection. We ask why this scribal necessity? Did the first debtor represent the Jews in the Church, and the latter debtor the Gentiles?

Go Beyond the Law…
Note that in the parable, thus hearing of the ingrate’s actions, the king immediately gathered the first debtor up once again. Having been told of the servant's hardness of heart, he issued a much more profound measure of punishment. Therefore, I consider that this text revealed that Jesus warned his early disciples clearly about the will of the Father. The witness of Christians had been made substantively over against those within the infant church community who would simply adhere to former confines of the Mosaic Law or accepted rabbinical practice.
We thus may ask, “Was it that some persons stubbornly kept the traditions of Israel... or favored their rabbinical teachers.., who were being yet too stingy in passing along the radical good news to converts about the superlative abundant grace received?” Finding this subliminal trace within the parable dialog as to foundational Trinitarian relationship, as expressed through our Lord’s use of “king” and “lord”, I find that we need to pay very close attention and pay our own due.
For the church of Matthew, we see that it was likely that the Holy Spirit had already established a pattern. We of the modern Church have thus inherited an existential model for our own ministry from this gospel writing. For any church in the Spirit, limitless forgiving compassion is a goal to be expressed. We are to be a gospel declaring community, no matter the worldly status of the recipient. We are not to cave in… settling for such as Israelite, Sharia law, nor national law.
Remember, even in its perfect form the Law only condemns. It cannot deliver the debtor! The Church is thus called to be separatist. The character laid out for the whole Church sets our Lord’s disciples apart as having a quality that is different than the rest of the world.
Visit Pastor's Personal Videos!
You see, expansive forgiveness and mercy is a divine act of God not to be ignored, nor exploited by the people of God. Inexhaustible forgiveness and mercy has been purchased for all who believe by the body and blood of our Lord and repent of their sinfulness. Invitation to the forgiving feast in the courtyard is therefore extended freely to rich and poor alike... to the established and the new. Let the Church subsequently be warned that it is not to lay a burden upon anyone else that we are unwilling to shoulder. We who have received immeasurable forgiveness are called to forgive others immeasurably. Does this open the Church to challenge and abuse? Indeed yes! So it was done to our innocent Lord as he bore our sins to the cross. So it was also in the days of Matthew’s writing.., and so it is to be in the modern Christian church as we wade through this turbulent age. We are a people still called to bear the cross of our Lord. May the Holy Spirit guide our walk into the future days of witness.

Please be invited to view our pastoral video...
May You Be Called to Repent and Receive!
Posted by TeeJay at 5:37 PM