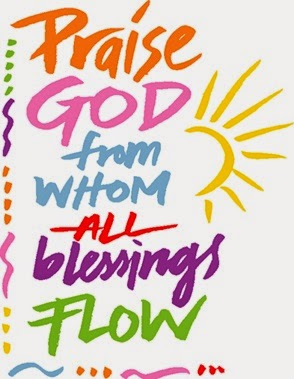 FOR THE Twentieth Sunday after Pentecost we wrestle with matters financial as they were told in the Gospel According to Saint Matthew. Herein we read that Jesus was confronted by temple personalities who believed they had a lock on the tenuous treasury of Israel


Then the Pharisees went and took counsel how to entangle him in his talk. And they sent their disciples to him, along with the Herodians, saying, “Teacher, we know that you are true, and teach the way of God truthfully, and care for no man; for you do not regard the position of men. Tell us, then, what you think. Is it lawful to pay taxes to Caesar, or not?”
But Jesus, aware of their malice, said, “Why put me to the test, you hypocrites? Show me the money for the tax.”
And they brought him a coin. And Jesus said to them, “Whose likeness and inscription is this?” They said, “Caesar’s.” Then he said to them, “Render therefore to Caesar the things that are Caesar’s, and to God the things that are God’s.”
When they heard it, they marveled; and they left him and went away.
(Matthew 22:15-22)

Likely within the same decade, both our Matthean gospel writer and the author(s) of the Gospel According to Saint Luke recorded a scene previously described in similar fashion by the community of Mark (see Mark 12:13-17, Luke 20:20-26). In all three gospels we read of financial wrangling in the Jerusalem temple. The challenging conversation was laid before Jesus, possibly challenging him toward entrapment as he sat amongst powers of the political and religious world. Present were the Pharisees who possessed some vacillation about the tax structure in Israel, concerning the practice of paying a per-capita tax to Caesar. With them, making strange allies to some of the Pharisees, were the Herodians. These last favored Herod, the King. They held firmly to his reconciliatory attitudes of paying taxes toward the Romans and supporting the rule of Caesar. Lastly, but not mentioned here, were the Zealots, If they had a say, the Zealots wouldn’t give Caesar the time of day, nor a coin from the Jewish people.
Here we see that the conversation began with a group giving high praise to Jesus and his powers of perception. Then, likely having thought they had gained favor, they pushed a loaded question. Indeed, it was a question that, when answered, would give all within hearing a foretelling of Jesus political bent. His politics would then be something to be held up, examined, supported or challenged. If our Lord said that one should pay taxes to Caesar he would offend those such as some Pharisees and the Zealots, both of whom harbored hopes for Israel’s independence. If Jesus said not to pay… he would glean accusations. He would risk offending the Herodians, Herod, and Caesar himself. You see, the Herodians could have objected, for the coin itself not only carried the imprint of Caesar, but Jesus saw that the Roman ruler was given a divine title. The title was pressed on that very coin.
After examining the coin, our Lord responded to the question. He said to give that which belongs to Caesar to Caesar, and that which belongs to God to God. By answering in that way, Jesus countered the entrapment set before him.
However, as we examine the response closely, we see that the issue has great importance for the Church. The words did far more than elude conspiring worldly powers. For us, it defines indeed worldly values as to what belongs to whom. If we hold the Caesar and the Father as co-equal, one might interpret that the earthly, silver coins rightly belonged to Caesar... or whatever other earthly power caused their minting and printing. This thought pattern concluded then, that God is interested in a strictly spiritual realm. Earthly coinage is adiaphora.., beside the point.
But consider this. Given that our Lord sat in the temple as singularly fully man and fully divine, I would question the claim of Caesar or any other finite power… upon either worldly or heavenly riches. You see, I believe that all things fall under the province of God, including any denarius, dollar or any other trade commodities on any stock market. If we render unto God that which is of God’s making… we see that all things ultimately belong to God. Therefore, though Caesar can pound silver or sand into any form that he wants… all raw materials are created by God. These earthly things are simply placed into our care. From the very beginning we read…

Thus from the beginning of Israel’s faith history, all things belong to God. We humans were created by God and given the task to care for the earth. Therefore, within that created province we find ourselves rightly mining both that soil which is merely usable, or minting that which is rare and highly valued.
However, as we duly note that many powers of this sinful world can work toward evil accomplishments, we often see that which has been gifted to us by God becomes a burden that is sinfully hoarded. Hoarding gives rise to jealousy, and jealousy brings even greater sin. Indeed, from biblical history we know that after ancient Israel had asked for a king, so that they could be like other nations… they enthroned Saul. And King Saul eventually became rich.., and jealous for greater power and influence. Thus covetousness and jealousy became his downfall.
What was Saul's mistake? He valued the gift beyond the Giver. History then reveals to us that distorted, powerful positions of either government or Church can surely lead us to downfall before the judgment of Almighty God.
Therefore, we must know that if the Church or any government receives the divine mandate to rightly care for God’s people, it is to render decisions and taxes fairly, and therefore also be supported fairly by the people. If these powers are not good stewards… and so become oppressive in seeking their own profit, they shall be held to account by God. As well, if any citizenry fails to support right government in Church or state, they also shall reap righteous judgment.

Assume the Servant Role…
What then are we Christians called to do in light of scripture? How do we avoid this clique clank amongst churches or denominations? First, let’s examine Saint Paul’s letter to Rome. He related that God works in the world through both Church and state. Thus Paul wrote that we are to first assume favorable rulers...

“Let every person be subject to the governing authorities. For there is no authority except from God, and those that exist have been instituted by God. Therefore he who resists the authorities resists what God has appointed, and those who resist will incur judgment. For rulers are not a terror to good conduct, but to bad.
Would you have no fear of him who is in authority? Then do what is good, and you will receive his approval, for he is God’s servant for your good.
But if you do wrong, be afraid, for he does not bear the sword in vain; he is the servant of God to execute his wrath on the wrongdoer.
Therefore one must be subject, not only to avoid God’s wrath but also for the sake of conscience. For the same reason you also pay taxes, for the authorities are ministers of God, attending to this very thing. Pay all of them their dues, taxes to whom taxes are due, revenue to whom revenue is due, respect to whom respect is due, honor to whom honor is due.”  (Romans 13:1-7)

However, because of human sin we must note a caveat! If either Church or state abuses that servant power which has been afforded to them, they shall reap the violence of God. This may eventually occur through the throes of angelic fiat or civil unrest.
The topic of Church and state authority was covered at length by Saint Augustine using the ancient Pauline theme of the two authorities (civitates). This “two kingdoms doctrine” developed out of the Middle Ages was then further developed in various forms during the Reformation. It became a disputed topic for such as Martin Luther, and is still argued today amongst the ranks of scriptural scholarship. Worse yet, things are much more complex for we who now live in modern financial society. With the powers of Church, governments, corporations, stock markets being filtered through the hiccups of world events and markets that affect trade and finances, we often find that financial paths become unclear. As Christians we therefore stand reminded. Surely we are called to support right government and proper, orthodox Church polity, but because of complexities that would make Pharisees, Sadducees, Zealots and Herodians cringe... and Caesar swoon… we often find ourselves scattered. However, we are not without assistance.
You see, by the power of the Holy Spirit and the witness of the written and spoken Word of God, we have firm guidance as to the rightness of corporate and personal finances… even those made available to us through the maze of economic modernity. It all boils down to a few simple, but profound words. Jesus said to render to God that which belongs to God. Knowing that everything belongs to God, we begin rightly. We must know that we just tend the garden. Thus how much financial support any person provides to either Church or state should be prayerfully questioned, calculated, and freely decided. All this needs be done so to first glorify our Creator, Redeemer, and Sanctifier… as an offering brought before the throne of Almighty God. And finally remember… you can’t out give God, but it’s okay to try.
Please be invited to view this video...

May God Profit Your Path Unto Eternal Life