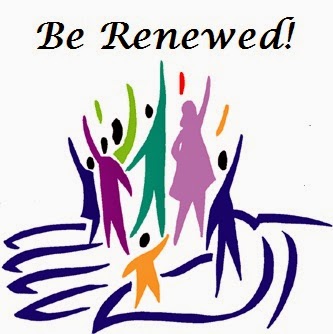 FOR REFORMATION SUNDAY we find that our reading comes from the Gospel According to Saint John. In the lesson for this day, we see that the scripture reveals us as persons who are often enslaved by our own religiosities. These are ritual things that we must put in their proper places.
From John we read…

Jesus then said to the Jews who had believed in him, "If you continue in my word, you are truly my disciples, and you will know the truth, and the truth will make you free."
They answered him, "We are descendants of Abraham, and have never been in bondage to any one. How is it that you say, 'You will be made free'?"
Jesus answered them, "Truly, truly, I say to you, every one who commits sin is a slave to sin. The slave does not continue in the house for ever; the son continues for ever. So if the Son makes you free, you will be free indeed.
(John 8:31-36)

Challenging Human Authority!
Our gospel writer tells of a terse conversation held in the temple of Jerusalem. During the time of the confrontation, people had gathered for the feast of Tabernacles and Jesus taught the crowds with authority. However, it was this teaching with authority that brought him in conflict with some persons who claimed religious leadership. These leaders had grown vested interests within the political realms of temple, and harbored hopes of not attracting too much attention from the Roman government. They listened to Jesus closely. For them, great trouble was seen on the horizon. The leaders had previously dealt with the unrest caused by his teachings. At that time, they claimed that he was not in his right mind. Together, they claimed that Jesus was insanely beside himself. They asked, trying to trap him, by what authority he taught the people. He answered…

I have much to say about you and much to judge; but he who sent me is true, and I declare to the world what I have heard from him."
They did not understand that he spoke to them of the Father. So Jesus said, "When you have lifted up the Son of man, then you will know that I am he, and that I do nothing on my own authority but speak thus as the Father taught me. And he who sent me is with me; he has not left me alone, for I always do what is pleasing to him."
(John 8:26-29)

Therefore, with this answer spoken, those with vested interests in the temple's culture and offerings feared they were losing authoritative control. Tensions grew amid the temple leadership. These bubbled in a pot of political intrigue.
You see, the leaders who had thought themselves in control, reacted adversely. Normally considered as adversaries for themselves on any theological bent, many Jewish leaders turned to plot together for dealing with our Lord. Some began by claiming that Jesus words challenged their traditional heritage. Having much meat invested in the temple’s financial stew, the opponents knew that revenues made from various sin offerings were being threatened. Jesus’ bold words shook their financial foundations. Jesus challenged dubious sacrificial motives and methods before witnesses. Subsequently, years before the Gospel According to Saint John was written, St Paul, who was a Jew himself, wrote…

What then? Are we Jews any better off? No, not at all; for I have already charged that all men, both Jews and Greeks, are under the power of sin, as it is written: “None is righteous, no, not one; no one understands, no one seeks for God. All have turned aside, together they have gone wrong; no one does good, not even one. Their throat is an open grave, they use their tongues to deceive.”
(Romans 3:9-13)

Indeed, Paul stressed that all men are under the penalty of the Law. Each of us fails again and again to live up to the standards of God’s commands. What is worse for us, Luther echoed rightly that we as sinners cannot see clearly enough to find our way into God’s presence. We find ourselves trying to justify ourselves to God through sacrificial offerings made, and thus we fall prey to harmful cultic practices.
To clarify our path, we need think of this! As sinners needing redemption in order to be reconciled with our Creator, we must ask ourselves , “What can we give to God, that God needs?” Nothing! What can we give that does not already belong to God? Again, nothing! Because of this, Luther wrote that we are not really free, but are enslaved in a sinful, downward cycle, unable to hold anything up great enough to offer for our salvation. In this condition we often fall prey to false religions.
You see, as sinful humans we are blind and lost, wrongly placing our faith in our own ability to “work” our way into God’s heavenly graces. We give offerings and seek indulgences in churches to justify ourselves. But by doing so, the very act of trying to claim justification by any of our works or deed simply deepens our error. Our efforts worsen our sinful condition because we insult the majesty of God, since we believe him swayed by these paltry worldly offerings. Jesus thus warned those Jews who followed him. We cannot earn our way to heaven.
But, even as our Lord spoke, many were falling away because of the challenges of temple authorities. He called these persons to task in the temple courtyard.… speaking to they who had claimed to be disciples. Likely they wondered, "How then can our sin be paid for...?. They wilted in the blast of sin even as he spoke. How is our sinful soul to be scoured brightly unto heavenly glory? Jesus answered those that stayed true. Remember the conversation spoken just before our Lord's crucifixion...

According to the witness of this gospel, it is clearly said that we are saved by God’s grace alone, through the sacrifice of  Jesus Christ alone. If anyone cannot accept this, they buy a ride on a Satanic mule… down a path that travels to devastation.
Be not deceived by anyone! Jesus is God’s only begotten Son. He paid the sin offering for us. He was the sacrificial Lamb of God who went to the cross to save us. He made the perfect sacrifice. Do not turn away... his payment sets us free!

Faith Gives Freedom…
Through faith in Jesus... his works... his death and Resurrection... the alternative offered to us frees us unto eternal life. As Luther wrote through the Spirit’s witness, Jesus provided us with the opportunity to be gently ridden by our proper Master. If we accept the words and deeds of Jesus and claim no deeds of our own… we are forgiven our sin even as we confess.
You see, through the Spirit we are provided with faith as a gift. If you want to have faith in Christ, just ask for it! If you've already asked for it, it is granted. And if you walk in that faith you are given in Christ, it shall grow.
Therefore we find by that by faith given to us, and not through any deeds of our own... we are justified through Christ. We can stand before our blessed Creator. Believing in the salvation provided by Jesus crucifixion and his Resurrection, we can clearly see we are made free to serve God in Christ without ultimate burden… a blessed exchange indeed!
Once we've accepted this free gift of salvation, we are provided with the power to properly serve God. As sinners, without fearing condemnation under the Law, we can move rightfully forward in ministry. Clinging to this truth, we can be reformed into right ministry for the church. We can contend with evil powers working in this world. From this holy place of faith, we can challenge false authorities in both church and state.
How is this task done? Simply point beyond ourselves to that which is clearly written in scripture! We may show through the witness of our lives and the love of Jesus, that indeed persons are only justified by grace alone, by faith alone, through Christ alone. I ask that we join together and be reformed again… as a people firmly established in the kingdom by the grace of God.