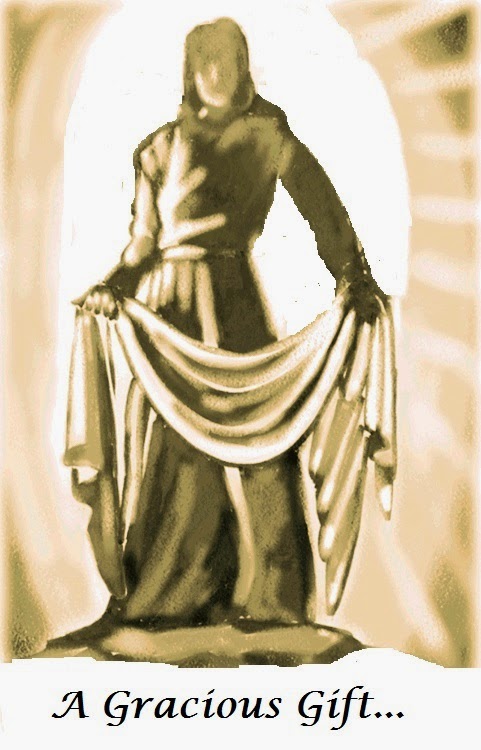 Our study for this Nineteenth Sunday after Pentecost encompasses the Wedding Feast as told from the Gospel According to Saint Matthew. This lesson speaks a profound story to us, concerning our participation in the great celebration prophesied for the kingdom of heaven. We ask, “Who is invited? Who ignores invitation? Who is admitted but has nothing to wear? And who will surely be thrown out.”
As the parable teaches us, we each may see where we fit in…

And again Jesus spoke to them in parables, saying, “The kingdom of heaven may be compared to a king who gave a marriage feast for his son, and sent his servants to call those who were invited to the marriage feast; but they would not come. Again he sent other servants, saying, ‘Tell those who are invited, Behold, I have made ready my dinner, my oxen and my fat calves are killed, and everything is ready; come to the marriage feast.’
But they made light of it and went off, one to his farm, another to his business, while the rest seized his servants, treated them shamefully, and killed them.
The king was angry, and he sent his troops and destroyed those murderers and burned their city. Then he said to his servants, ‘The wedding is ready, but those invited were not worthy. Go therefore to the thoroughfares, and invite to the marriage feast as many as you find.’ And those servants went out into the streets and gathered all whom they found, both bad and good; so the wedding hall was filled with guests.
“But when the king came in to look at the guests, he saw there a man who had no wedding garment; and he said to him, ‘Friend, how did you get in here without a wedding garment?’ And he was speechless. Then the king said to the attendants, ‘Bind him hand and foot, and cast him into the outer darkness; there men will weep and gnash their teeth.’ For many are called, but few are chosen.”
(Matthew 22:1-14)

Royal Wedding Planner…
To include this message, the gospel writer seems to have incorporated material from a lost source not available to us. Thus having shared text from a reconstructed document that we simply call “quelle” ( often abbreviated to be called “Q”, which means “source”), we have in Matthew a story that is also found in Luke (Luke 14:16-24) . We note the thrust is similar in both gospel narratives. However, we also note when comparing the two stories closely, that major differences exists between them. And quick perusal of biblical scholarship shows that several possibilities exist for the wavering of content. First, it is possible that the analogy was told in parable form on more than one occasion by our Lord, the difference being explained that existing variances were spoken by him in each telling.
Or secondly, we may consider that a common oral tradition existed that was likely concise. That oral story was an account remembered and passed down. This basic tradition was used by scholars to construct the “Q” source document, This latter basic story was then by the power of the Holy Spirit, retold by each author to relate as a targeted story for their particular communities.
I fear that at present, there is no way to know which path of development is certain. However, for several reasons, given the late first century writing of both gospels, I favor the second theory.
Why you may wonder? To explain, first it seems that the material here was told as enhanced by the author in order to stress certain historical aspects for his audience. Let's entertain that the Lukan form is the closest to the original because of its simplicity and brevity, and Matthew offered a more elaborate story particularly suited for his problematic situation.
Consider that Luke, being more distant in that he was not a Jew… struggled for accuracy and brevity. Second, blessed Luke reflected his overall penchant in his writings for the “lowly and the poor”, and the gospel thus says the inviting person is simply a benevolent man.
However, Matthew takes a different tack. Matthew relates that the invitation came from the “king” ( in the Greek – βασιλι ). This being so, the differences in audience between Luke and Matthew’s witnesses, might give evidence that the received “Q” text was influenced later by the community to which the story was given.
It may be reflected by the gospel writer then, that many in Matthew’s infant church considered themselves as more urban, learned, and genteel than others. Could this mindset have not be caused by a haughty spirit in a community that stemmed from from a large urban synagogue? Cannot we think that this issue was a specific harm to Matthew’s community which was forming into the grotto of early Christian separation from its Jewish base?
Was it this attitude that influenced his writing of the “Q” story so that the “higher” station appeared for the originator of the banquet? Or lest we read too much into the text, was Matthew's offering simply a high Hebraic theological expression for the person of God, over against the lowly, more earthy picture provided by Luke?
Of such stylist thinking we find that the first and second chapters of Genesis are attributed to two differing writers by many modern biblical scholars.If we look at a section of scripture from the prophets, however, we see that our Lord laid out that the Father’s will was that both high and low of station would be treated the same… in that all faithful believers would be invited to the feast. We note the repetitive strain of “all” found in earlier witness…

On this mountain the Lord of hosts will make for all peoples a feast of fat things, a feast of wine on the lees, of fat things full of marrow, of wine on the lees well refined. And he will destroy on this mountain the covering that is cast over all peoples, the veil that is spread over all nations. He will swallow up death for ever, and the Lord GOD will wipe away tears from all faces, and the reproach of his people he will take away from all the earth; for the Lord has spoken.
It will be said on that day, “Lo, this is our God; we have waited for him, that he might save us. This is the Lord; we have waited for him; let us be glad and rejoice in his salvation.” (Isaiah 25:6-9)

Therefore, the prophetic voice of Isaiah had long before the writing of Matthew, predicted the feast for all persons who would respond to God’s loving invitation. The word “all” occurred several times. From this inheritance, our Lord Jesus likely told the Parable of the Feast before the disciples and others who were in attendance at the temple in Jerusalem. Therefore, much to the chagrin of the temple powers, Jesus warned those in Israel who had not responded rightly and meekly to faith invitation… an invite that was being made to all by God even as he spoke.
After our Lord’s crucifixion and Resurrection, however, the original feast story was then passed along by Luke as occurring in a humble gathering by a grateful man, and by Matthew as in a great wedding feast.
In Matthew the respondents to the invitation were clearly defined as first those who tossed away the invitation because what accomplishments they did, or were presently doing… were clearly considered by them as more important. Note that Matthew did not relate the specific reasons for their declining of invitation, but shortly described persons as horridly killing those sent… and rendering those who did not respond to the celebration as most horrid.
We now must ask, "Does this reflect the persecutions of the early Jewish Christians that broke away from the synagogue?"  It surely seems so. Thus it follows that the fate of those who do not respond in good faith to God’s invitation to the marriage feast of his Son, Jesus… the Messiah would be punitive?
We also may ask whether this was a prophetic foretelling by Jesus about the coming apocalyptic events, or more likely a hindsight observation of what had already happened during the fall of Jerusalem and the fate of Masada (70 A.D.)? I consider that both are certainly possible.
In the story discourse, I think that Matthew clearly defined those who were finally invited to the feast as being both Jews and Gentile ( the good and the bad? ). This was not a statement reflecting on kosher impurity or sinfulness. The text rather stated dependence not on human works… but on those having held to faith given in Christ!
But note that a certain preparation was needed for attendance for the Christian feast. Could an impoverished and sinful person afford to go?  Here, I believe… is where we really find some very good news.

Reply Requested?
We note that wedding apparel was previously prepared for those invited… a wedding robe! Could this symbolize the baptismal robe which cannot be humanly earned or made… a heavenly prepared garment freely supplied to those having been given faith in the divine Giver? I believe so. My opinion is based upon both scriptural tradition and the perspective of a person who does not possess a quality robe of my own. Let us not be that one.., a phony entity… who crashed the party without faith, tossed from the Light into darkness!
To  members of the church today, it seems the message of the lesson relates to us concerning our meager self-justifications and preparations. The gospel clearly rails against works righteousness, and sets the feast attendance to be governed only by the bountiful and graceful gift of our baptismal robe.
Remember! Sinful and unpretentious persons were forgiven, and given the right clothes. Once admitted to the feast, they enjoy a revelry that shall have no end. This is the salvation message supplied by this story… first by Jesus and then passed along by his servant Matthew. Both Jesus and Matthew contended with a stiff-necked people who disdained their dependency upon our Creator. Matthew followed Jesus message, therefore, clearly defining persons in his community as those who were to be “gathered”, into the kingdom… not by their own doing… but by the grace of Almighty God.
Our Lord Jesus, by the power of the Holy Spirit, appropriately ended the parable… echoing the maxim clearly in this gospel that he wrote in the later decades of the first century. Our Lord Jesus taught… and Matthew echoed rightly… that “many are called, but few are chosen.” We may ask ourselves then: “Are we those who foolishly consider ourselves to be more educated, wealthy or genteel than the lowly kneeling and faithful?” If so, we shall be cut off. We shall be cast out.
Or are we rather those chosen, whether described as high or low by our neighbors, who simply and graciously accept forgiveness and the wondrous gift of the Spirit’s invitation into the kingdom of God? Which indeed.., are we? Which do you want to be? And.., don’t you want to show others your invitation... and theirs? 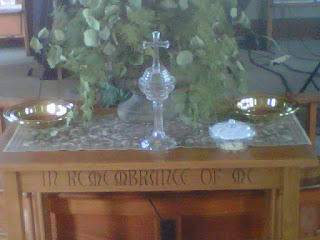 Come to His Table
at