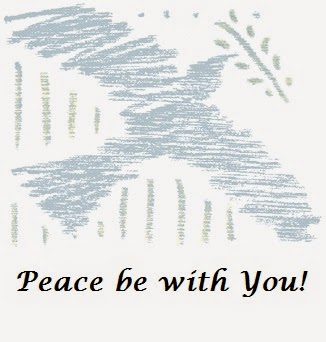 THIS WEEK we read the section of the Gospel According to Mark that describes the Baptism of our Lord. The event occurred in the River Jordan, the very river across which the nation of Israel had entered the land granted by God. In this widely published event, it was revealed that God’s only begotten Son would deliver us by the power of the Holy Spirit.

John the baptizer appeared in the wilderness, preaching a baptism of repentance for the forgiveness of sins. And there went out to him all the country of Judea, and all the people of Jerusalem; and they were baptized by him in the river Jordan, confessing their sins. Now John was clothed with camel’s hair, and had a leather girdle around his waist, and ate locusts and wild honey. And he preached, saying, “After me comes he who is mightier than I, the thong of whose sandals I am not worthy to stoop down and untie. I have baptized you with water; but he will baptize you with the Holy Spirit.”
In those days Jesus came from Nazareth of Galilee and was baptized by John in the Jordan. And when he came up out of the water, immediately he saw the heavens opened and the Spirit descending upon him like a dove; and a voice came from heaven, “Thou art my beloved Son; with thee I am well pleased.”
(Mark 1:4–11)
Of Sin and Cleansing…
Within this scene portrayed by Mark’s gospel, we find both descriptive and normative revelation. In the first section, we find a description of what had happened when Jesus approached the Jordan where John was baptizing. Similar accounts of this pivotal event exist. We find the scene also described in the gospel writings of Matthew, Luke and the disciple John. Therefore each of the gospel scribes agreed that this event had indeed occurred historically, and was very important.
This gospel writer first described the ministry of John the Baptist as one in which the wilderness prophet provided a baptismal washing, as an established ritual cleansing. This was made available to repentant, confessing persons for the forgiveness of sins. However, the purpose of the ritual… and its presentation was quickly said by John to be an annual forerunner to a greater event. For us, this topic was discussed in the lesson for the Second Sunday of Advent.
Therefore, with our knowing that the intent of John’s baptism was to cleanse confessed sins, his baptism is revealed as a ritual that was made obsolete by the completed mission of the Messiah. Thus we must enter into a discussion of that important change… and how it was accomplished that Baptism is considered a Sacrament which God performs.
To be sure, the first change came about through the Baptism of Jesus. To understand the event's importance, we need realize that Our Lord completed the baptism not to receive forgiveness for his own sin, for he was already without sin. Subsequently, since it was not his own forgiveness that was accomplished, we do need to also know he did not therefore receive subservience to John the Baptist… as his disciple. Instead, Jesus asked for baptism so that that all righteousness would be fulfilled. Baptism is understood then as applied to us for the forgiveness of sin.
You see, Jesus came to the Jordan to be prepared for battle against the Satanic, demonic powers of this world. These are the powers that imprison us in sinfulness. He was washed in the waters of the Jordan which were historically set apart as a sign of deliverance from the nation's wilderness... a nation that was wandering. In baptism, therefore, Jesus was cleansed in ancient custom as a holy warrior… a delivering Messiah... in similar fashion to Joshua, the warrior who had led Israel to freedom in the time of nation building.
Consequently, we find the Messianic revelation meant a great deal for the Jewish readers of this earliest gospel. By being baptized, Jesus was obedient to Hebrew scripture and identified himself as centered within the true faith of Israel. Thus today, as Jesus was known to be without sin in the faith of Israel, we who walk in baptismal cleansing also become centered. We are given the faith of Israel as a gift... like Mark’s infant Christian churches. We too are born by the power of the Holy Spirit. We perform Confession concerning our sins… for those sins we know and those we do not know, and thus receive complete forgiveness of sin. This wondrous theology we Christians today know as the “happy exchange”. Jesus took on our sin, and we receive his purity. Thus it was prophesied…

Yet it was the will of the Lord to bruise him; he has put him to grief; when he makes himself an offering for sin, he shall see his offspring, he shall prolong his days; the will of the Lord shall prosper in his hand; he shall see the fruit of the travail of his soul and be satisfied; by his knowledge shall the righteous one, my servant, make many to be accounted righteous; and he shall bear their iniquities. Therefore I will divide him a portion with the great, and he shall divide the spoil with the strong; because he poured out his soul to death, and was numbered with the transgressors; yet he bore the sin of many, and made intercession for the transgressors. (Isaiah 53:10–12)

We need only today’s text to realize the truth. Having been baptized not for his own sin, but for the sins of those who would believe in him… redemption for us was made possible. Thus God declared Jesus' identity as Savior to the church of Mark.

Of the Beloved Son…
In certainty we see that Jesus came both symbolically pure up out of the water. The heavens were torn open to him… so that our Lord immediately knew of the presence of God the Father. This was in keeping with revelation. As witness, we find in the prophets…
O that thou wouldst rend the heavens and come down, that the mountains might quake at thy presence— as when fire kindles brushwood and the fire causes water to boil— to make thy name known to thy adversaries, and that the nations might tremble at thy presence! When thou didst terrible things which we looked not for, thou came down, the mountains quaked at thy presence. From of old no one has heard or perceived by the ear, no eye has seen a God besides thee, who works for those who wait for him. Thou meet him that joyfully works righteousness, those that remember thee in thy ways. Behold, thou wast angry, and we sinned; in our sins we have been a long time, and shall we be saved? (Isaiah 64:1–5).

We find the heavens were also formerly described as thus opened wide in the Psalms (Psalm 18:9, 16-19; 144:5-8). Therefore the gospel writer described to our human mind in ancient days… the doorway to the heavens which were violently torn apart. This was seen as an act that can only be accomplished by God. For this reason, startling then came the soft image that Jesus, the righteous One, saw the form of a descending dove. The dove descended peacefully.

Within scripture we find that this recalls for us a time when God intervened in human history to save a family, simply because he chose to declare them as “righteous”. Indeed, the book of Genesis tells us about the dove that returned peacefully to the ark. Therein Noah’s family had weathered the destructive storm. The story of the flood tells of the dove’s presentation of a dry branch… like the cross of Christ which would soon appear. This told of peace… that the angry waters of God had subsided. Divine intervention occurred! Therefore the dove symbolism provided Mark’s infant church with the blessed message that God would look beyond their sin for the sake of Christ Jesus. You see, this Jesus is also the innocent dove sent. Jesus is both the messenger and the message!
In this manner, we can understand that Mark’s gospel relates to us that God spoke to Jesus. The Creator of all that is... spoke, The Father told Jesus that he was the Beloved. Therefore Jesus, was and yet is the Son of the Eternal God. Jesus is the Beloved One appointed from the beginning to deliver God’s people once and for all time from death. Thus, as in the days of Noah, and also as in the days of King David, God was accomplishing eternal deliverance. We remember….

“I have set my king on Zion, my holy hill.”  I will tell of the decree of the Lord. He said to me, “You are my son, today I have begotten you. Ask of me, and I will make the nations your heritage, and the ends of the earth your possession. (Psalm 2:6–8)

Therefore, completing the purpose for which he was sent. Jesus went to his chosen death upon the cross, and was raised by the love of the Father. 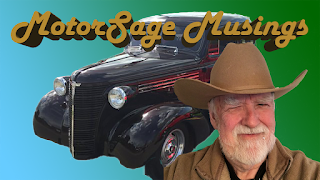 Click Here To Visit Pastor's Website!
We of the Church today then gather in like manner to those who have worshiped before us. God acted once and for all to deliver us from our confessed sin through Baptism. As such we, whether child or adult... may become servants of God through the guidance and empowerment of the Holy Spirit. This was the certain good news that was read in this lesson before the church of Mark. This is the same news before us in our own time. Jesus Christ came into the world that we sinners might be saved! Through Jesus, the Beloved… we are reconciled to our Creator. Thus we see heaven opened unto us.

Please be invited to view a video on this topic...

May God Guide Your Path Through the Mires of This World