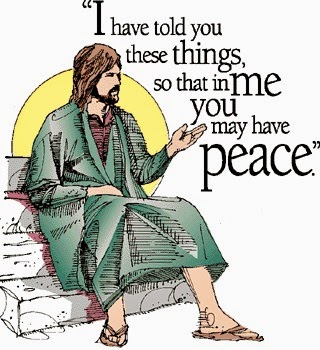 OUR READING for the Fourth Sunday after Epiphany comes to us from the Gospel According to Saint Mark. Within the text we find that the gospel described the authority of Jesus…

And they went into Capernaum; and immediately on the sabbath he (Jesus) entered the synagogue and taught. And they were astonished at his teaching, for he taught them as one who had authority, and not as the scribes.
And immediately there was in their synagogue a man with an unclean spirit; and he cried out, “What have you to do with us, Jesus of Nazareth? Have you come to destroy us? I know who you are, the Holy One of God.”
But Jesus rebuked him, saying, “Be silent, and come out of him!”  And the unclean spirit, convulsing him and crying with a loud voice, came out of him.
And they were all amazed, so that they questioned among themselves, saying, “What is this? A new teaching! With authority he commands even the unclean spirits, and they obey him.” And at once his fame spread everywhere throughout all the surrounding region of Galilee.  (Mark 1:21-28)

Demons Disturbed!
By mid-first century the church of Mark had collected sufficient witness to unfold the ministry of Jesus. Therefore within this first chapter, we find that the text we read carried the early church rapidly through scenes of his baptismal sending, the wilderness challenge, and his calling of the first disciples. We now find him centering his initial ministry in Capernaum, located on the northwestern shore of the Galilean Sea. (see also Luke 4:31-37).
After calling his disciples, Jesus had gathered with them in the synagogue. By the context, and the following episode at Peter’s home, we can assume that both the disciples’ families and larger faith community were present in Sabbath worship. In answer to customary and polite invitation then, Jesus as being a guest and itinerant rabbi, was invited to teach in the synagogue (see also Luke 4:16-31). All became astounded at what he told them. But his teaching did not sit well with everyone present.
In proper manner, Jesus at first did what every rabbinical teacher would do... he read scripture and explained using scripture. But then, he taught them with divine authority! In other words, he commented on what was read out of his own Spirit.
Now this obviously disturbed many, but offended one person in particular. That one is noted in the reading as having challenged Jesus, as being an outsider. That man was thus described by the Markan writer as having a “demon”. He exhibited an unclean, turbulent or disturbed spirit (ἐν πνεύματι ἀκαθάρτῳ). In other words, the man became greatly worked up by what Jesus said.
Hearing this account, we can assume that by Jesus’ teaching with authority, the man discerned a dangerous path. It seems the man feared that the synagogue and its people could be placed in peril. Hence the loud challenge blurted, “What have you to do with us?” We wonder how many synagogues of Mark’s day, or even churches of our own day eventually say the same as the scriptures are read. Do we offer these same words as we are boldly challenged by the Word of God?
We hear that the man experiencing the turbulent fear, therefore… must have recognized the authority of Jesus. Thus as we consider this determination, I offer to you that with the recognition that Jesus was indeed the Son of God… tumult surely wretched the man. Torn to the core of his sinful being, he was revealed as resistant to repent or change before the gaze of Almighty God.. We now can ask, "How many of us today have certainly been there?"
Therefore we understand that Jesus’ command for the demon to “Be still…” and to come out of him was not just made out of masterful hostility toward the demonic spirit, but was a calming, “Peace be with you!” instruction to the one afflicted.
The effect of that command was such that the disturbed man then cried. He shook uncontrollably. You see, throughout this gospel the author points us toward a pattern of forgiveness. The disciples followed without seeing clearly the purpose throughout the gospel of Mark, but demonically-possessed persons again and again saw rightly. Crying out, "have mercy!", we can see them as ourselves. Does it not seem even today that those who are farthest from the Light, more certainly know darkness and fear exposure? Realizing darkness, are they… or we ourselves… not bid at once to be by the side of our saving Lord... so to be healed by him?

Bowed Down
We might ask, “What effect did receiving this story have on the early churches of Mark?” Being written and read in the synagogues, wouldn’t this scene challenge doubters and spur those possessed with unbelief. Couldn't we say that the text challenged those who were so heavily invested in a certain theological and liturgical position that they would cry out when disturbed?
Indeed what would happen to any gathered church community when each questions human traditions and comes to realize the truth of what our Lord has taught?
Take note! The answer was historically seen amongst those churches and nations that first heard the good news, and is recognized yet today in our various denominations, churches, and peoples who receive the Word of God.  Receiving the Word of God proclaimed rightly disturbs, challenges, convicts and frees us.
But know this! Through our proclamation of this Truth, anchored in writings as such in Mark’s gospel, our Lord’s fame shall indeed spread far and wide. Thanks be to God.