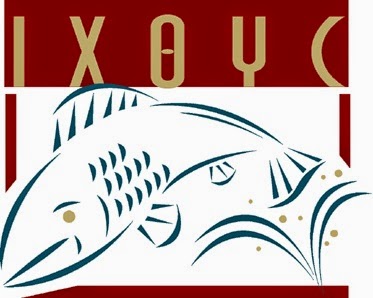 FOR THE Third Sunday after Epiphany we read from the Gospel According to Saint Mark. In this witness we find the core message of God laid out quickly before us. God entered the world through Christ for the purpose of declaring the gospel, the good news about reconciliation…

Now after John was arrested, Jesus came into Galilee, preaching the gospel of God, and saying, “The time is fulfilled, and the kingdom of God is at hand; repent, and believe in the gospel.”
And passing along by the Sea of Galilee, he saw Simon and Andrew the brother of Simon casting a net in the sea; for they were fishermen. And Jesus said to them, “Follow me and I will make you become fishers of men.” And immediately they left their nets and followed him. And going on a little farther, he saw James the son of Zebedee and John his brother, who were in their boat mending the nets. And immediately he called them; and they left their father Zebedee in the boat with the hired servants, and followed him. (Mark 1:14-20)
Preaching the Gospel…
Our author of this text which is the earliest of the written gospel records, related the calling of disciples in very brief fashion. The scene we read was not coincidental to the work or bidding of John the Baptist, but occurred shortly after his arrest. While not stating any particular gap in chronological order, therefore, the beginning of our Lord’s ministry was described. The gospel states that Jesus went into the area surrounding the Sea of Galilee. There he first preached the good news concerning the arrival of the kingdom of God.
From the text we thus see that the exact timing of the disciples' calling is adiaphora for Mark. The author more importantly related that Jesus immediately went preaching the gospel into Galilee. Jesus proclaimed there that Messianic time, the arrival of the Deliverer... had been fulfilled. We note rightly that the Greek word used for “time’ here does not befit thoughts of chronological time. The word used speaks of it being “the right time” (in the Greek – καιρος). Thus we see “time” as expressed as an “epoch” that had been set apart… made “holy”, separated out from the beginning of all things created.
In Mark then we have an immediacy not found in the other gospels. The "right time" was at hand in Jesus! For the readers or hearers, “NOW” was the time expressed by the power of the Holy Spirit. This is the concise message of this entire gospel. The kingdom of God is NOW at hand for the reader or hearer. We must note that today, since you are the reader. Your time is NOW!
Understand clearly what Mark said to his churches. He told truly that the kingdom was already at work, right in front of them… and the NOW is bequeathed as we hear or read. Therefore, this text is instructional to all ages. In this way the writer taught that Jesus, the One who spoke to the disciples on that day, ushered in the kingdom for all time. The original recipients found that the kingdom was therefore a work that would be completed in God’s own time. Consequently, Jesus was revealed as both the Messenger, and the Message for the church of Mark… and yet still is to us by the power of the Holy Spirit.

As portrayed in this gospel then, Jesus stated a responsive path for the hearers. Our Lord delivered a message that shows the core of the Markan writing. "Repent, and believe the good news", was the refrain that rang out just after the days of John the Baptist.
However, we need to note that the repentance Jesus called for was an abrupt turning… a new way of living. Rather than waiting hunkered down in the nave of a boat quietly... offering obedience to pacify an angry sea monster god like a fisherman patiently watching his line closely for a fish to bite, disciples were instead called to truly turn their attention toward our gracious God. God offered up Jesus as his only Son... as bait to lure and fool the Satanic.
As we can now understand, the Messiah, who is the Son of God, was and still is our Savior. Here we witness God’s plan to thwart the demonic. The divine bait and switch was underway! Jesus was the lure swished through the turbulent rapids that drowned God’s people. Our Lord was the true message concerning God’s salvation.
The disciples were to be taught this message by Jesus. Rather than seeking out a rabbinical teacher, as was customary, the Teacher sought and taught them. God was the exclusive initiator and the worker of salvation, lest anyone else should boast. Even today, through the Spirit’s luring we gain belief in the Message and the Messenger. Faith is thus formed by the Holy Spirit who works in the Word and by the Word of God... which is Jesus himself. The Word is he who comes to us today in spoken and written form through the witness made by the Holy Scriptures.
Today we find the disciples portrayed by Mark were those quickly caught up by Jesus while they are yet casting their nets for fish. They were called by our Lord while in the midst of their time-consuming daily labors. By his saying simply the words… “Follow me…” they were themselves netted. Expressed here because of my lack of a better image, they were caught up like fish in a divine net.
The disciples were chosen. They were to be given true faith. Those who followed were caught up as consumable fish, by their working toward delivering the good news. God was acting through them to deliver all who would believe and bite the lure, brought into the boat which is the nave of the Church... and rescued from the imprisonment of evil, sin and death.
As Jesus spoke to those men, we might think that they should have remembered the words of the prophet Jonah, who was storied as trapped in the belly of a great fish…

Then Jonah prayed to the Lord his God from the belly of the fish, saying, “I called to the Lord, out of my distress, and he answered me; out of the belly of Sheol, I cried, and thou didst hear my voice.
For thou didst cast me into the deep, into the heart of the seas, and the flood was round about me; all thy waves and thy billows passed over me. Then I said, ‘I am cast out from thy presence; how shall I again look upon thy holy temple?
The waters closed in over me, the deep was round about me; weeds were wrapped about my head at the roots of the mountains. I went down to the land whose bars closed upon me forever; yet thou didst bring up my life from the Pit. (Jonah 2:1-6)

Considering that these were everyday fishermen familiar with the burdens of family, business or trade... surrounded by hostile powers, Mark shows that they received a statement of profound invitation. The disciples were, and we are also... taken “immediately” to answer. I ask you... "Shall we immediately follow Jesus, the one who was himself swallowed up?"
According to John’s gospel, only Philip and Nathaniel had first come to believe and follow him. Therefore we might consider that this subsequent event shows the gracious power of the Holy Spirit working in the very beings of everyday working people. This gracious gift, according to what we read here… provides to us a witness that the same Spirit is at work in our lives today. Indeed, Jesus also calls to us on this very day.
You see, just as turbulent waters of death would sometimes overwhelm brave fisherman from across the ages, the saving grace of baptism now overwhelms us as well... but giving us eternal life. Using that same water that would often take life… the Spirit of God saves. We know that we are saved by grace through baptism into Christ Jesus.
“Why has God done so?” we might ask. Why were they, and why are we… chosen as the baptized and marked with the sign of the cross? The scripture gives us answer.

Enduring Faith…
Take note that each of those disciples called were immediately told that Jesus would “make” them fishers of men. Therefore within the very calling of the disciples, as described at that Galilean seaside… was the promise that Jesus would begin teaching them. In rapid sequence in Mark, therefore, we see that they were taught... though Mark again and again described that they did not seem to get the idea.
In fact, at the last... Mark leaves us hanging, knowing they surely did not get it until after the death and Resurrection of Jesus. We do read according to later written scriptures, that full realization did not occur for any apostles until their encounter with Risen Jesus on the road to Emmaus. Only after those wondrous events had occurred, the lowly fishermen and others who were given faith would find that they could plunge themselves into the depths of the evil world. The disciples were truly to become lively witnesses, like a fish... a worthy catch laid out before all humanity concerning the wondrous works of God.
Click Here To Visit Pastor's Channel
Their legacy of their journey with Jesus is thus passed on to us. The story that the church of Mark recorded wonderfully here has been transmitted through centuries and across great oceans... even to us. So it was even then as the Church was being formed and so it is even now. We are called; you have now been called. Leave the waters of your Baptism and take up the burden of the cross. Rejoice with the disciples! Learn more as you read from Mark... then share the Good News!
Please be invited to view this video...

May God Reward Your Witness!