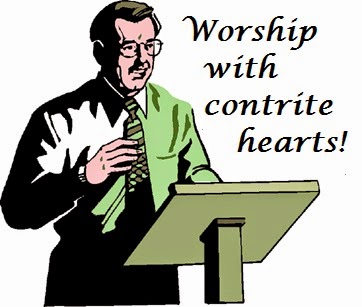 FOR THE Third Sunday of Lent we read a lesson from the Gospel According to Saint John. Within this text for the day, we find that during his earthly ministry Jesus confronted high financial powers of this world who distorted human faith expression. These persons changed the right worship of God into religions of worldly profit.

The Passover of the Jews was at hand, and Jesus went up to Jerusalem. In the temple he found those who were selling oxen and sheep and pigeons, and the money-changers at their business. And making a whip of cords, he drove them all, with the sheep and oxen, out of the temple; and he poured out the coins of the money-changers and overturned their tables.
And he told those who sold the pigeons, “Take these things away; you shall not make my Father’s house a house of trade.” His disciples remembered that it was written, “Zeal for thy house will consume me.”
The Jews then said to him, “What sign have you to show us for doing this?” Jesus answered them, “Destroy this temple, and in three days I will raise it up.”
The Jews then said, “It has taken forty-six years to build this temple, and will you raise it up in three days?”
But he spoke of the temple of his body. When therefore he was raised from the dead, his disciples remembered that he had said this; and they believed the scripture and the word which Jesus had spoken.
(John 2:13-23)

Paying High Maintenance?
Written from the cusp of time around the end of the first century, we read this text from John. Conflict had erupted for decades between the traditions within the faith of Israel and the beliefs of Christians. The setting he therefore wrote about concerned the distortion of Israel’s sacrificial theology. Our blessed writer told of Jesus assisting at the wedding at Cana. Afterward he related that our Lord went to Jerusalem temple for the annual observance of the Passover. Upon Jesus’ arrival, as told by this disciple, he assailed the money changers that were doing daily business within the “Court of the Gentiles”.
Discussion has since occurred among biblical authorities over the timing of this particular Passover visit. Some say that Jesus went to observe the holy observance several times at the temple and the event is recorded here as happening very early in the young rabbi’s ministry. However, a similar event is witnessed as occurring just before the crucifixion… as we read of such in the synoptic gospels of Mark, Matthew, and Luke (see Mark 11:15-19, Matthew 21:12-17, and Luke 19:45-48). Thus having a differing time sequence, some scholars contend what we read here represents two separate observances that Jesus attended. Conversely, others say that the event is the same, singular confrontation that was simply placed in a differing sequential order by a creative writer. As a pastor studying the Johannine literary styling which is noted as rich in dramatic tension and filled with double meanings, I humbly contend a bit for a latter thought. However, in the late first century the writer was challenged by dispersed Pharisees... and subsequently here the Christian community emphasized Jesus' Hebraic fidelity. Thus they portrayed him as following a habit of annual attendance to the Passover observances.
Notwithstanding this allegiance dilemma, the emphasis rests in the second paragraph in the writer’s relating of the contentious scene. There John revealed the words of our Lord as boldly chastising, “…you shall not make my Father’s house a house of trade.” By doing so, the author of John highlighted that Jesus consistently stoked the fire in the cauldron of economic combat. Consequently, according to John’s gospel, by claiming God as "my Father"... Jesus heightened the tensions between himself and the temple powers.
Chastisement was properly earned by the temple powers, in that for a hefty price... the hucksters working the temple courtyard tables could change Roman money for acceptable Israelite coinage. Using the latter coinage, a contributor could support the temple upkeep. Also, a sinful petitioner could buy a “sacrificially-approved” grain, bird or animal offering, depending on the severity of the sin confessed. In any case, the coinage trade and offering purchase was likely tilted heavily toward the trader’s purse, and thus did not favor the dusty foreign traveler. Hence it was considered by Jesus as a unholy practice.
We find in John and also the other gospel witnesses that our Lord Jesus was thus described as whipping a gauntlet slap to the face of the moneyed class. This had been foretold by the writings of the prophets…

“For he is like a refiner’s fire and like fullers’ soap; he will sit as a refiner and purifier of silver, and he will purify the sons of Levi and refine them like gold and silver, till they present right offerings to the Lord. Then the offering of Judah and Jerusalem will be pleasing to the Lord as in the days of old and as in former years.
(Malachi 3:2b-5)

Jesus challenged the temple authorities by berating their economic practices. They had turned a proper religious sacrificial act into financial exploitation. Upon being questioned concerning his authority to do the courtyard cleansing, Jesus said that if they destroyed the temple he would raise it up in three days. By saying this, he spawned much conversation… but received little understanding.
As revealed by the writer of this gospel, we read that even the disciples did not comprehend at that time what Jesus meant. Our Lord was talking about the temple of his body. The author related at the end of our reading that they did not understand the symbolism until after the Resurrection had already occurred.
In answer to Jesus’ challenge to temple authorities about established practice, we find historically that the money changers soon set their tables back up. Yes, they only left the courtyard temporarily. After the dust settled they continued the practice.
As counterpoint to my position that this is the same incident found at another time in the synoptic gospel writings, historicity lays ground for the argument that the lashing of the moneylenders may have occurred more than once. In either case, it was soon business as usual for many years after Jesus drove them out.
"Why did John include this account? The crucifixion, you see, was thought by the authorities as sufficient cure for the troublemaker. However, what had become clearly decisive for the Christian community of John is that the death and Resurrection of Jesus erased the necessity for any animal sacrifice. The practice was thus negated completely by Jesus, He did this by offering himself as the eternal Lamb of God sacrificed once and for all for our salvation. For Israelites who did not believe in him, however, the sacrificial system continued until the destruction of the temple by the Roman army some thirty years later. Then because of the destruction and desecration of the altar the practice finally ended there.
What Right Sacrifice?
What does the narrative of this story teach we Christians living today? Moving forward to the time of biblical telling by John toward the end of the first century, I query whether the gospel could have been a warning held high. Was this a warning for the early Church concerning the adoption of certain emerging sacrificial practices? Did distorted, demonic spirits of the dispossessed temple cult emerge in the infant Christian Church living in the scattered areas of the Roman Empire? Was this historical tendency finding its way into cultic practices of Roman Catholicism. I contend that John indeed warned the one apostolic catholic Church of this during the late-first century.
Remember that within the first two chapters of the gospel, through the words and deeds of Jesus revealed, John warned all concerning the dangers present in the rising of heresy. Here we must note that early Orthodox and Roman church oversight structures were later modeled after the hierarchical structures of such as the Roman Empire government and the temple political structures. Thus the Church became target for dangerous sacrificial economic patterns. All of this occurred though the psalmist had clearly pointed out…

The sacrifice acceptable to God is a broken spirit;
a broken and contrite heart, O God, thou wilt not despise.
Do good to Zion in thy good pleasure;
rebuild the walls of Jerusalem,
then wilt thou delight in right sacrifices,
in burnt offerings and whole burnt offerings;
then bulls will be offered on thy altar.
(Psalm 51:17-19)

In conclusion, we of the Church today must also be keenly aware of dangers present in governance patterns which distort the message of faith. These dangers may tempt and improperly profit the powerful at the heights of the hierarchy. As we travel across historic empires, we see great cathedrals that rivaled the structural greatness of the Jerusalem temple. We need thus ask ourselves, “By what sense of sacrifice do they stand? Do they willingly witness to God’s greatness.., or do they reflect a perversion of the faithful heart? Often, a distortion of faith expression too easily occurs as a Christian denomination works to proclaim God’s gracious gifts. Each structure must therefore be tested continually before the power of the Holy Spirit. We need work toward "end times" testing these demonic spirits using the Word in both Law and Gospel… in order that we keep first things first.

You see, scripture reveals that because we are sinful before our Creator, and thus tend to corrupt all things. We must hold tightly to Truth. We are indeed saved only by grace through faith in Christ Jesus. This faith knowledge was freely given to the Church by the power of the Holy Spirit. In this respect then, since our debts were paid once and for all by Jesus Christ crucified, and the knowledge of the Resurrection was given freely for all by the power of the Spirit, we find it no longer necessary to pay financial penance. We need build no pyramids, no tower of Babel, nor huge temples with great priesthoods clothed in sacrificial attendance. These structures and attending social ministries do not allow us to climb our way to heaven. If we choose to do these wonderful things, let us be called to do so not out of glorifying or justifying ourselves.., but only out of our thanksgiving to God.
Click Here To Visit Pastor Tom's Web Site
In ministry then, knowing that God demands no complex towers or priestly hierarchy but instead calls us to first come forward with contrite hearts, we are called thus to let incense rise from the yearnings deep within our sorrowful hearts. We must be ready to urge one another to cut through the bull and burnt offerings… and give to the poor and needful while not letting our one grabby hand know what the other is doing. We are properly admonished by the lightning sound of that cracking lash of the Lord’s whip found in the Gospel of John. Let us pray that the modern Church responds to our Lord’s sharp command freely, and leaves behind ornate empty temples of selfish imaginations.
Please accept this invitation to view this video prepared...
May the Guidance of the Holy Spirit be yours!