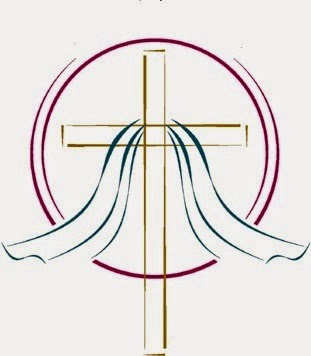 ON THE Fifth Sunday of Lent, we Lutherans select different lessons depending on the synodical or denominational ties for an individual congregation. This week we chose our lesson from the Gospel According to Mark, according to the lectionary listing for the Lutheran Church-Missouri Synod and the North American Lutheran Church. The setting of the lesson provided includes our Lord’s third prediction of his suffering, and the quest of his disciples for position within the kingdom…

And they were on the road, going up to Jerusalem, and Jesus was walking ahead of them; and they were amazed, and those who followed were afraid.
And taking the twelve again, he began to tell them what was to happen to him, saying, “Behold, we are going up to Jerusalem; and the Son of man will be delivered to the chief priests and the scribes, and they will condemn him to death, and deliver him to the Gentiles; and they will mock him, and spit upon him, and scourge him, and kill him; and after three days he will rise.”
And James and John, the sons of Zebedee, came forward to him, and said to him, Teacher, we want you to do for us whatever we ask of you.”
And he said to them, “What do you want me to do for you?”
And they said to him, “Grant us to sit, one at your right hand and one at your left, in your glory.”
But Jesus said to them, “You do not know what you are asking. Are you able to drink the cup that I drink, or to be baptized with the baptism with which I am baptized?”
And they said to him, “We are able.”
And Jesus said to them, “The cup that I drink you will drink; and with the baptism with which I am baptized, you will be baptized; but to sit at my right hand or at my left is not mine to grant, but it is for those for whom it has been prepared.”
And Jesus called them to him and said to them, “You know that those who are supposed to rule over the Gentiles lord it over them, and their great men exercise authority over them. But it shall not be so among you; but whoever would be great among you must be your servant, and whoever would be first among you must be slave of all. For the Son of man also came not to be served but to serve, and to give his life as a ransom for many.”
(Mark 10:32–45)

Divine Determination…
According to the gospel reading, Jesus decisively led (Greek – προάγων) his disciples forward in deliberate fashion. Mark indicated that events were unfolding for Jesus according to his own timetable. Though the chosen men were concerned at the time about their rapid path toward great change, our Lord brought his twelve apostles quickly along as they headed toward Jerusalem. Thus the atmosphere amongst his disciples was likely charged with fearful anticipation. They did not fully understand what the future would hold.
Within the context of expectation and confusion, Jesus repeated his passion prophecy for the third time. He announced to them once again concerning the suffering and death that he would encounter in the city. Jesus was as foretold in the psalmist…

But I am a worm, and no man;
scorned by men, and despised by the people.
All who see me mock at me,
they make mouths at me, they wag their heads;
“He committed his cause to the Lord; let him deliver him,
let him rescue him, for he delights in him!” (Psalm 22:6-8)

If we dare assume that we can know the thoughts of the disciples during the moments of this conversation, we can surmise that they thought that his challenge to the rulers would uproot those in power. Jesus was certain to wrest away their power and take his rightful place as Messiah (Deliverer). After all, they may have thought, "Hadn’t they already seen miraculous deeds done by him?"
As we join the first readers of this account in Mark, therefore, it becomes apparent to us that the disciples really did not understand the gospel message at the time. But let’s be kind! Just how our Lord would accomplish the miraculous in spite of his crucifixion was not within the realm of their imaginations. Immediate death for him was certainly not in their thoughts. I consider that they thought the death of which Jesus spoke would be one of old age, just as his ancestor David had endured.
Thus Mark reveals the maneuvering of those who sought special places within the new rule that was to come. James and John, who were the sons of Zebedee, came to Jesus… taking him aside from the other apostles. We believe that through their mother’s relationship to Mary they were cousins of Jesus, but as often referred to as “brothers”. Therefore being blood relatives the two men may have considered their request as quite proper. In fact, possibly to soften the effects of the bold request upon their character, the other gospels later indicated that their mother made the initial inquiry (see Matthew 20:20-28 & Luke 22:24-27). Her presence was likely a factor during the occasion, but due to the brevity in literary style for Mark’s writing she was not mentioned. In the other gospels, she was highlighted it seems for a softening of the images of the two men. . . lifted up before the wider church growing some 15-20 years after Mark’s writing.
The request to Jesus was made for special dignity for James and John. Addressing them directly then, our Lord stated that the two men did not know the seriousness of what they asked. He immediately questioned whether they had the capacity for a bitter cup of suffering and death. You see, baptism is used here as sign of a person’s immersion in the ministry laid out by God. It also symbolized his death and more. Jesus asked therefore, whether they could hold to the call beyond the waves of the world . . . even unto death.
In rather quick response they said they were able. Whether this statement was made out of anxious willingness to participate boldly in the tumult of perilous times with their rabbi and cousin… or whether they simply sought to push special favor nested in familial bonds... not knowing the full meaning of his prediction we cannot know. However, what we do read clearly is the response of Jesus when the two men asked to be beside him in his glory. Jesus told them that indeed they would drink of his cup of suffering. They would eventually taste the bitter herbs of death in their callings before God. For certain even before the writing of this gospel, James had been killed.
We note that the other disciples were indignant when they heard of their petition. We can only guess that jealousy was the root of their anger. However, here Mark focused his readers upon the equality in service that all Christians share. According to the gospel writer, Jesus stepped in amid the squabble of the apostles. He called them to seek opportunity for service, rather than seeking great power and position. We read that our Lord reminded his apostles that the Son of Man, centered in God the Father, had come into the world not to be served… but to serve others… even unto giving his life.
Jesus, as told in the first chapter of Mark, had come into the world to preach the Good News, calling God’s people into repentance… and announcing that the kingdom of God was at hand. He came to serve by being a ransom. His death was payment for the sins of humanity. That sacrificial act was to be completed so that those who would believe in him would not suffer eternal death. The final deed of death upon the cross and his subsequent Resurrection was his ultimate gift for eternal healing in a world which often sought solutions for their deaths during each season.

Church Ministry Gone Awry?
We may consider that Mark included the core of this teaching, which came most likely from the mouth of Peter, in order to set proper priorities for the fledgling Christian communities in the latter half of the first century. This text came to the fore, published and distributed after Peter and Paul had a confrontation as recorded in the book of Galatians. The contest then was over whether the Greek converts to Christian fellowship had to suffer circumcision. The issue of Hebrew priority was one of great importance to the early faith communities. These were house churches that contained both Hebrew, Greek, Roman, Egyptian and other persons from various locations. Thus the lesson highlights that which is really important!
Click Here To Visit Pastor's Personal Website
Faith alone in the sacrifice of Jesus death for our salvation causes us to walk toward the cross by the power of the Holy Spirit. No other attribute will do. Once arriving at the cross in faith, we of the Church are to do that which Jesus called us to do. We are to stay the course and lift high the cross. We are to preach the Good News, call all persons to repentance, and announce that the kingdom is at hand through Christ our Lord. Second in rank of importance, however, is that we are also to participate in service to humanity. While others may be trying to earn their way to heaven through works, to gain recognition or run for political office… we already have been freely given our heavenly seats. We then as Christians are called to do great works out of thanksgiving. Through congregational life we are to baptize, commune and pronounce forgiveness. We are also to feed, house, and mend those who are in need. We are encouraged to hear from scripture…

Though we speak thus, yet in your case, beloved, we feel sure of better things that belong to salvation. For God is not so unjust as to overlook your work and the love which you showed for his sake in serving the saints, as you still do. And we desire each one of you to show the same earnestness in realizing the full assurance of hope until the end, so that you may not be sluggish, but imitators of those who through faith and patience inherit the promises.  (Hebrews 6:9-13)

Be assured! We must know that this path will out of its very nature, place us walking contrary to the world’s values. However, we must keep the cross in sight… knowing that to do so is our very calling as the church of Christ in every age. Let us do this in our imitation of the One who died for us. We do so in the name of our Lord Jesus Christ.   Amen!

A video made for your sake, and the sake of those you know...
May the Holy Spirit guide your steps!