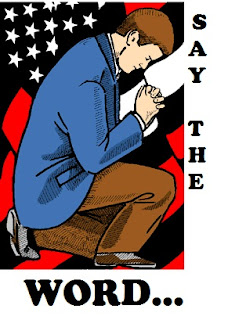 ON THE Second Sunday after Pentecost, we find that our lectionary schedule brings us to read from the Gospel According to Saint Luke. The reading, which has as its source the community of the dear and glorious physician, deals with God’s healing power that comes through Christ, and the attempted restrictions that we sinful humans often place upon his mercy…

After he (Jesus) had ended all his sayings in the hearing of the people he entered Capernaum.
Now a centurion had a slave who was dear to him, who was sick and at the point of death. When he heard of Jesus, he sent to him elders of the Jews, asking him to come and heal his slave. And when they came to Jesus, they besought him earnestly, saying, "He is worthy to have you do this for him, for he loves our nation, and he built us our synagogue." And Jesus went with them.
When he was not far from the house, the centurion sent friends to him, saying to him, "Lord, do not trouble yourself, for I am not worthy to have you come under my roof; therefore I did not presume to come to you. But say the word, and let my servant be healed. For I am a man set under authority, with soldiers under me: and I say to one, 'Go,' and he goes; and to another, 'Come,' and he comes; and to my slave, 'Do this,' and he does it."
When Jesus heard this he marveled at him, and turned and said to the multitude that followed him, "I tell you, not even in Israel have I found such faith."
And when those who had been sent returned to the house, they found the slave well.”   (Luke 7:1-10)

Response to Faith
Our Lord Jesus entered into Capernaum after delivering his Sermon on the Plain. The text immediately highlighted a healing that was accomplished far beyond the arena thought proper for a Jewish rabbi. The miraculous healing did go forward at the request of some elders of the Jews, but the healing itself set the stage for tensions about Jesus identity, and broadened those geographic influences that would endure long afterward.
I find the occurrence of multiple witnesses to be profound. Biblical research shows that the same telling is found also in the synoptic account of Matt 8:5-13, and also in John 4:46-53. Matthew described the centurion as personally entreating our Lord, but Luke tells how he had first approached Jesus through the Jewish elders, and then through friends. The only major difference occurs in the Johannine account. In that record, the descriptive identity of the requesting official differs. Rather than a Roman centurion (hekatontachou) requesting healing for a servant (doulos), we find that in John’s telling the requesting persons is changed to be a reigning official (basilikos). In John, it is the Gentile “ruler” who asked for Jesus’ attention to the man’s own son (huious). As biblical students we thus ask, “Is the centurion and the official the same person?” I argue that given the overall similarity between the accounts, though from an unidentified source material… the setting demands our affirmative opinion.
We note that the account is not found in the earlier Markan narrative, written down about 65-68 A.D.  Therefore the event was either left out due to shortness of available Markan scroll, or it comes from a separate, but common “signs” narrative of stories that also existed at the time of Mark’s writing. Indeed, in gospel research we find many such accounts that have major agreement among the later gospels, but are not alluded to in Mark. The existence of such a narratives gives us two research possibilities. Either a yet to be discovered written source that we term “Q” for “quelle” or “signs” is reflected in this healing story, or the telling comes from a common oral tradition that existed about healing deeds and sayings of Jesus. In either case, however, we find that the multiple attestation allows that Jesus’ love and ministry immediately went beyond the barriers of Jewish religious bigotry.

Why Does Jesus Go Out?
My questioning begins with why the Lord even chose to go out? In other accounts he had specifically restricted his ministry among the Jews. In this account, however, the Jewish elders expressed a desire about one who might deserve assistance. Note that this was spoken in spite of Jewish legal religious zealotry. They espoused that the centurion requesting Jesus’ ministry deserved his attention because of the Roman soldier's “good works” for the Jews. He had been a generous giver of a new synagogue.
Consequently we may truly wonder about their motivations. Was it that a “valued” foreign authority needed our Lord’s healing attention, or did they question whether Jesus was the man of the hour ans want to test him? Or was it meant by them to lure Jesus into a ministry to an unclean, troublesome foreign alliance… one which would make him unable in purity to do ministerial activities among the Jews? Or were they simply testing the breadth of Jesus’ power and authority beyond the Jewish realm? Indeed, any of these motivations that I mention may be true.
Whatever their reasons, while Jesus was on the way to meet with the centurion we find that the official had sent servant emissaries. The centurion seemed to want to save Jesus trouble… those difficulties that would be encountered by a rabbi who would be made “unclean” by going into a Gentile’s home. He related that he believed that Jesus had the power to heal just by saying so.
The centurion, having expressed faith and foreknowledge of Jesus’ authority and power to heal, thus demonstrated that faith to him even while attempting to save the Master some social and religious turmoil. Thus, in response to the message given by a compassionate Gentile, Jesus marveled greatly. Our Lord held up the centurion as a faith example before those around him, noting the difficulty of those in Israel to match the leader’s expressed sensitivity. Then, in answer to the faith statement made, those who were sent to greet Jesus were told to return. They did so... and found that the servant was healed from his grave illness.
Consequently, we of the church should ask ourselves… “Why did Jesus go out and risk the blather of being “unclean”.” My first reaction is, “Are we sinful men that we should dictate where the love of God should go or not go?” I believe that Jesus wished to broaden the minds of those who though that they had an exclusive handle on the love of God. Through this text then, we modern readers may indeed find that our faith needs to apprehend the immense and unbounded power of the authoritative Word. Our works cannot purchase such vision; only faith secures that it has no boundaries.
We might ask… “How did the centurion come by such faith?” Surely, with he being a Roman, it was not likely a work of Hebrew scripture study or catechism, but upon hearing of Jesus' power…. and thus it was a gift granted by the Spirit of God, laid upon his soul in response to love or regard for another. We may attest that it was through God's grace and loving care that he recognized the commanding authority of Jesus!
Consequently, our Lord Jesus was pleased with the centurion's faith expressed, and we of the church need to realize that even today he never fails to answer the requests of faith that honor his power and love poured out. As a gathered people then, we need remember that our Lord’s love observes no boundaries, nor honors any human works seeking favor.., but instead rejoices in our faith expressed to him as provided by the Spirit.
We of the church need to echo the response of the centurion’s servants to this revelation of God’s love.., and we repeat in part the centurion’s words that come to us from across the centuries… saying “Lord, just say the Word and we shall be healed.” Indeed, through the power of the Holy Spirit, the Word of God who is himself Jesus Christ our Lord… comes to us and gives us healing Truth. Our eternal God reaches into our beings from the great expanses of time and space… and heals us eternally.