FOR THE Second Sunday after Pentecost, we consider a transitional reading likely presented before the ancient Church to assist their focus during the change of ecclesial seasons. We hear from this Matthean witness concerning the empowerment of our Lord's disciples. In this reading, we first find our author presented the ending of Jesus' individual ministry, and followed with a chapter presenting us with the commissioning of his disciples. They were sent out to do empowered ministry throughout ancient Israel. We read...

And Jesus went about all the cities and villages, teaching in their synagogues and preaching the gospel of the kingdom, and healing every disease and every infirmity. When he saw the crowds, he had compassion for them, because they were harassed and helpless, like sheep without a shepherd. Then he said to his disciples, “The harvest is plentiful, but the laborers are few; pray therefore the Lord of the harvest to send out laborers into his harvest.”
And he called to him his twelve disciples and gave them authority over unclean spirits, to cast them out, and to heal every disease and every infirmity. The names of the twelve apostles are these: first, Simon, who is called Peter, and Andrew his brother; James the son of Zebedee, and John his brother;  Philip and Bartholomew; Thomas and Matthew the tax collector; James the son of Alphaeus, and Thaddaeus; Simon the Cananaean, and Judas Iscariot, who betrayed him.
These twelve Jesus sent out, charging them, “Go nowhere among the Gentiles, and enter no town of the Samaritans, but go rather to the lost sheep of the house of Israel. And preach as you go, saying, ‘The kingdom of heaven is at hand.’ Heal the sick, raise the dead, cleanse lepers, cast out demons. You received without paying, give without pay. Take no gold, nor silver, nor copper in your belts, no bag for your journey, nor two tunics, nor sandals, nor a staff; for the laborer deserves his food.
And whatever town or village you enter, find out who is worthy in it, and stay with him until you depart. As you enter the house, salute it. And if the house is worthy, let your peace come upon it; but if it is not worthy, let your peace return to you. And if any one will not receive you or listen to your words, shake off the dust from your feet as you leave that house or town. Truly, I say to you, it shall be more tolerable on the day of judgment for the land of Sodom and Gomorrah than for that town.
“Behold, I send you out as sheep in the midst of wolves; so be wise as serpents and innocent as doves. Beware of men; for they will deliver you up to councils, and flog you in their synagogues, and you will be dragged before governors and kings for my sake, to bear testimony before them and the Gentiles.
When they deliver you up, do not be anxious how you are to speak or what you are to say; for what you are to say will be given to you in that hour; for it is not you who speak, but the Spirit of your Father speaking through you.
Brother will deliver up brother to death, and the father his child, and children will rise against parents and have them put to death; and you will be hated by all for my name’s sake. But he who endures to the end will be saved.
When they persecute you in one town, flee to the next; for truly, I say to you, you will not have gone through all the towns of Israel, before the Son of man comes.


For Lives Unaware!
Initially in our gospel reading, the stage is set in the divine contest between good and evil. The creative process will be held over an extended period of time, and is described by our author using the agricultural setting known by the faithful Jews in Israel. The scene opens with Israel's sheep remaining endangered by ravenous wolves, which are devouring the flock within sight of the shepherds. Using the metaphor, our author introduced the initial empowerment of our Lord's disciples, notably naming each apostle given the commission.
Many biblical authorities question why these names are so mentioned since they are presented elsewhere. I contend that these familiar names were placed firmly and repeatedly in the script of this gospel, in order to link the later Church in Syria and elsewhere with the original, historic apostolic sending. This joining the later believers to apostolic succession become paramount for the Church. First, the apostles were being lost over subsequent decades. These losses occurred during persecutions historically recorded by many authorites. These arise from the date of the ministry, crucifixion and Resurrection of our Lord, and the time of apparent writing of this gospel (circa 85a.d.) During these decades the infant Church lost its original leadership and were driven out from Jerusalem by harsh condemnations and severe persecutions from both religious and secular powers. These predatory powers pursued Christians throughout the Roman Empire. Such persecution is well known to us, through the witness of Saint Paul. Pressure was surely felt by those who inherited this original apostolic mission to the Jews ... persons like Ignatius of Antioch in Syria. Soon, the persecutions suffered by the apostles were being visited upon Jewish Christians in all reaches of society across the diaspora. 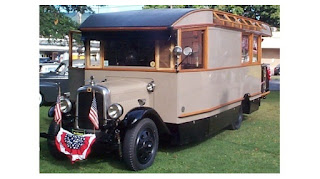 Click Here For Pastor's Personal Videos!
However, as persons in the Church today who hold to the traditions passed along to us find that the warnings to those first witnesses carry over in our own calendar. The message of Church history clearly states that wolves will even yet devour some of our Lord's sheep. This is true for us from the manger to the harvest... by mean of abortion, dissolution of marriages, and euthanasia.. each methodical power attempting to nullify the influence of righteous shepherds.
Consequently we of the Church need to pay very close attention to the message passed along by Matthew. Indeed, we shall be delivered up by many in modern society, but during the trials shall be given the Word to speak in the midst of the public square. Congregations are subsequently warned, therefore, to heed the words of our Lord given in the last of this week's text. As disciples, our mission for the whole Church continues in Israel and elsewhere. When we are persecuted in answer to our proclamation, we are told by our Lord to move on. We are not to stubbornly attempt revivals of the many whited sepulchers of former times, but are instead called to declare salvation through Jesus Christ to the lost sheep who may be found wandering in fields of any setting. May our misson be so, thanks be to God!