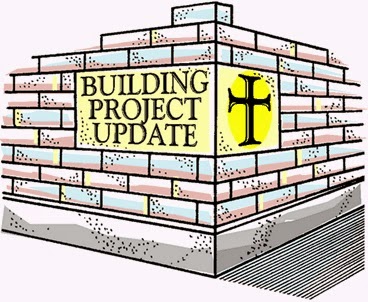 OUR SCRIPTURE reading for the Twelfth Sunday after Pentecost comes to us from the Gospel According to Saint Matthew. Within it we hear how Jesus sought both the thoughts of the people in the surrounding society, and the awareness of his disciples. He then questioned the apostles about his identity. Therefore, as we hear the response of Peter given to him by the Spirit, we find ourselves also pressed toward the expression of our faith out into the world. The message of Matthew reads…

Now when Jesus came into the district of Caesarea Philippi, he asked his disciples, “Who do men say that the Son of man is?” And they said, “Some say John the Baptist, others say Elijah, and others Jeremiah or one of the prophets.”
He said to them, “But who do you say that I am?”
Simon Peter replied, “You are the Christ, the Son of the living God.”
And Jesus answered him, “Blessed are you, Simon Bar-Jona! For flesh and blood has not revealed this to you, but my Father who is in heaven. And I tell you, you are Peter, and on this rock I will build my church, and the powers of death shall not prevail against it. I will give you the keys of the kingdom of heaven, and whatever you bind on earth shall be bound in heaven, and whatever you loose on earth shall be loosed in heaven.” Then he strictly charged the disciples to tell no one that he was the Christ. (Matthew 16:13-20)

Confronted in Belief…
Our gospel author related that during our Lord’s work amongst the people, he took his disciples to an area surrounding the city of Caesarea Philippi, which was a city formerly called Paneas. Jesus took stock of his disciples there.
Matthew and the other synoptic gospels (see Mark 8:27-30, Luke 9:18-21) wrote that he took his followers from beneath the argumentative scrutiny of the Sadducees and Pharisees. Together they went to a place where his followers could speak more freely. He began to ask them how people identified him and his message. He asked their thoughts about the identity of the Son of Man… the person mentioned by the prophet Daniel...
I saw in the night visions,
and behold, with the clouds of heaven
there came one like a son of man,
and he came to the Ancient of Days
and was presented before him.
And to him was given dominion
and glory and kingdom,
that all peoples, nations, and languages
should serve him;
his dominion is an everlasting dominion,
which shall not pass away,
and his kingdom one
that shall not be destroyed.
(Daniel 7:13-14)

The first response came immediately from his followers. The disciples said that some persons said that he was John, Elijah, or Jeremiah returned… or another prophet. The disciples said that some persons had even given their own opinions about the prophetic identity of the Son of Man.
Nailing his catch of gathered fish to the cleaning board then… Jesus immediately co-identified himself as he asked what his own followers said of him. Jesus asked… “Who do you say that I am?” As leader amongst the disciples, Peter offered their collective answer.
We note historically that Peter had been very instrumental in the history of Matthew’s faith community. However, we note a change here in the comparative gospel record. In the earlier written Markan gospel, Peter had just replied, “You are the Christ.” That declaration of Jesus as the Christ in Mark stood as identical in the Lukan statement written about two decades later. In Matthew however, we read that the addition also defines Jesus as “the Son of the living God”.
This written difference challenges us that the latter was not said in the original conversation but was added solely by the Matthean writer. Thus certain scholars accuse that Matthew by the authority of the Holy Spirit, put words into the conversation which were not originally used, but rather are justified in testimony as the Spirit cultivated the early Church.
While I hear their argument, I counter this thought by saying that the earlier gospel had brevity as one of its priorities. Therefore the phrase could have been omitted due to the need for a shorter account due to lesser parchment availability. Secondly, the phrase may have had less importance for the readers of Mark or Luke. I consider that since Matthew worked on a larger abundance of materials and wrote like Luke at a later date, we find that these details were added.
These differences also had become more important for the Church. They are indeed evidence that Matthew’s scribal efforts were inclusive of important material that began to emerge. They describe the very nature of Jesus, the Christ… as the “Son of God”. You see, by the latter part of the first century the theological stance concerning the dual nature of Christ was being heatedly debated. The early Church was struggling to clarify that Jesus is both fully human and fully divine. Through this declaration then, faith began to come upon them that Jesus was indeed the one promised from times gone past… and would be present forevermore…
For to us a child is born, to us a son is given; and the government will be upon his shoulder, and his name will be called “Wonderful Counselor, Mighty God, Everlasting Father, Prince of Peace.” Of the increase of his government and of peace there will be no end, upon the throne of David, and over his kingdom, to establish it, and to uphold it with justice and with righteousness from this time forth and for evermore.  The zeal of the Lord of hosts will do this. (Isaiah 9:6-7)
The text thus recalled the words of the prophets to the infant Church. Additionally, at that time arguments explaining the Trinitarian identity were being formed, guided rightly in development by the Holy Spirit. Thus it was that Peter’s words were remembered by this community. They had personally received his ministry, wherein his presence was more distant to the people of Luke’s churches.

Jesus is firmly described as the “Son of the living God”. Surely, we first must consider that for the disciples of Matthew, God the Father is considered as yet living. God yet stood strong for them amid a diverse society where many of the ancient gods were thought of as dead. Second, we must consider that by knowing God as the “living” God means that he does not rule in absentia through emissaries that can skew authority. The authority of God’s Word is revealed as present always in scripture and stands amid us forever.
What follows is that Jesus’ authoritative declaration about Peter... though not originally found in Markan witness… is now found by us as no less valid. Simon was named as “Peter”, and Jesus declared his faith declaration as a rock. Named as such, a great dualistic meaning came into effect. In Peter, the rock… as the collective disciples’ witness... was prophetically made as immovable throughout history. The apostolic witness statement is so solid that the powers and minions of hell would not prevail against it. That Matthew raised this Petrine witness to the fore should be expected by the reader, for wasn’t it at the very beginning of this gospel telling… that our scribe related the identity of Jesus as the Christ. (as seen in Matthew 1:16).

Challenged Church?
We note that the gospel writer used a word in this reading that did not appear in the other gospel witnesses. The word “church” (Greek – ecclesian) appears in this gospel not just once… but twice. In its infancy, therefore, the concept of the Church developed as a gathered community. This community had already existed before the writer’s time. The Church existed not as one individual, but as a group of persons chosen by baptism to faithfully follow in Peter’s footsteps.
You see, by the end of Matthew’s telling about Peter having received the keys of the kingdom, they would find themselves sharing these strengths with the whole church. Church is a community of people given faith by the Holy Spirit; a gathering collectively governed by God. At this writing, the Church born during the Pentecost feast was a spread-out gathered community that had already been in existence for about fifty years. Coming into its own consciousness in Matthew then, we find from them the formulation of such as the doctrine of the Trinity. This was beginning to be hammered out, not to be tumultuously smashed on shores of unbelief. We read from Matthew…

“If your brother sins against you, go and tell him his fault, between you and him alone. If he listens to you, you have gained your brother. But if he does not listen, take one or two others along with you, that every word may be confirmed by the evidence of two or three witnesses. If he refuses to listen to them, tell it to the church; and if he refuses to listen even to the church, let him be to you as a Gentile and a tax collector. Truly, I say to you, whatever you bind on earth shall be bound in heaven, and whatever you loose on earth shall be loosed in heaven. Again I say to you, if two of you agree on earth about anything they ask, it will be done for them by my Father in heaven. For where two or three are gathered in my name, there am I in the midst of them.” (Matthew 18:15-21)

We see here that the doctrine of the Church was also being understood and noted by the Matthean community. Peter’s witness therefore… came from a sinful man yet saved by God's grace and developed over a period of time. Consequently as the modern Church, we today also need to keep the sinful humanity of Peter in clear perspective. Certainly, we are represented truly by this leader of the apostles. We need remember… this is Peter, who in faith given by the Spirit made this profound, rock solid statement. This is Peter, deliberately named the “Rock” by our Lord, who spoke the faith of the immovable church.
Visit Pastor's Personal Videos!
Surely by the Spirit of God, Peter received the knowledge that Jesus is the Father’s only begotten Son. But, let us always remember as well… lest our co-identification with him drive us to think too much of ourselves… that this was truly Peter, the Galilean fisherman. It is he, the leader of the disciples, who soon after this event denied our Lord. But, be careful here! Let us not judge his walk of faith for we differ not in human sin. For you see what wondrous grace was certainly shown to him… and now to us! Though sinful and doubting, except Judas, the loving power of our Lord provided by the Holy Spirit caused Peter and his fellow disciples to become the foundation of our Lord’s church. The faith given to them by God though his Son was passed through the centuries to us by such as Matthew. This astounding gift of faith we must hold rightly and tightly… for we are yet called to share this good news profusely with the world around us. So it was then.., and so it is now. Thanks be to God!
Please be invited to view this Church video...
Faith That Is Rock Solid?
Posted by TeeJay at 5:40 PM