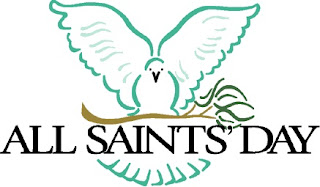 AS PEOPLE of God who are made saints in the kingdom through our baptism, today we read that which was taught to the saints in the early church. We delve wonderfully into the Sermon on the Mount as told in the Gospel According to Saint Matthew. In this commonly quoted reading we discern what was specific to Matthew’s faith community… so that we might carry from the text messages for our own time…

Antioch and the Burbs
We study a well-known biblical text from Matthew today. Many a needlepoint club has sewed these words so that they decorate the walls of homes. The Sermon on the Mount, likely having common source to the Sermon on the Plain which is found in Luke, magnificently gives both reality and prophecy to hearers and listeners. Recorded here by the Matthean gospel author, and preserved by their community, the text delivered truth to our Lord’s early church.
We concentrate here on that which was the message specifically spoken to Matthew’s community.  For example, comparing the two readings from both Matthew and Luke, we note differences immediately emerge in the first blessing. We find that the witness of Matthew contains the words, “in spirit”; where Luke did not use these. Consequently, since we do not have the source text… and do not know which is closest to the original, we can only theorize about the differences.
We must ask, therefore.., “Was Matthew addressing Jewish Christians who felt shaky about breaking away from the large, established and moneyed synagogue in Antioch or nearby Damascus?” Was it that Matthew may not have wanted to offend wealthier members of the either community adherents, knowing that financial resources were to be needed for future ministries?
I believe both may be true. Consider in our own day how many leaders of a modern church community have soft-pedaled a particular issue based on societal influences. I consider that this may be likely here, due to strong presence of stronger Pharisaic influences afflicting the church in Antioch. This may have been especially true since this gospel out of Syria displays more Jewish historical connection, such as exhibited by its first chapter that includes the genealogy of Jesus.
If this is true, subsequently a Pharisaic “Follow the Money” mentality of financial power may have been a philosophy originally working in a comfortable parent synagogue. Therefore, the writer of Matthew de-emphasized the issue. He deliberately told only of our Lord’s “spirit” comforting of his infant church by this emphasis. Luke's reading emphasis on the "poor" wouldn't fly.
To reinforce this theory, however, consider that there was indeed a heavy spiritual burden. My opinion is based on the fact that Matthew remained tied only to matters spiritual as the second blessing is pronounced. We note a differing of order in listing those who are “blessed”. Where Luke addressed hunger, Matthew listed mourning. Was mourning given higher precedence as his community was going through great spiritual torment? Did this result in the reordering and using the original sayings source document in a differing sequence? Was he ministering especially to those persons fevered by separation from the main synagogue?
You see, as the blessings progress in the reading we realize a repeated sway from the earthly… to focusing on the spiritual. Matthew seemingly favored a spiritual strengthening. Rather than just hunger, a hungering for righteousness is found.  Rather than mentioning the poor, Matthew stated those pure in heart. Finally, those scorched by peacemaking efforts in the synagogue are were addressed.

Finally and Eternally…
Lastly we see a shift in the emphasis from what was present at the time of the writing, to what was to be. Matthew echoed our Lord’s words and thus highlighted the prospective growing persecutions that lay ahead for his faith community. Matthew became prophetic. He invited the Christian community into the prophetic task. Herein we have great agreement with Luke’s telling, as found with the timeless pronouncement of the final blessed outcome. From the latter decades of the first century come the words from both… “great is your reward in heaven.”
We need pay attention to this final similarity in the gospel accounts. The prophecy that was present then still applies to us. We live in a very active and interactive world. Even while you now read this, we see a modern fact... that which is spiritual quickly affects and forms that which is temporal. Our spiritual faith in our salvation through Jesus Christ, given to us by God and expressed in the world… is quickly spoken out, takes root and becomes challenged by the Satanic.
However, know that the power of the Word which is Christ shall go out. The gospel message strengthens us even as we speak. As we modern Christians encounter the mayhem of this world’s values, we see tensions rise and fall. In the earthquakes of demonic struggles, by the power of the Holy Spirit whether we are rich or poor, earthy or spiritual, urban or diaspora, or found large or small faith community… certainty and agreement through Holy Scripture is certain. What should the modern saint look and sound like?
Certainly those baptized Christians who take up the cross and the task of evangelism shall be oppressed in their doing so. This was predicted by both Matthew and Luke. As promised, however, that which we do today shall not go to poverty tomorrow. Blessed are the poor who are wrongly impoverished by this world’s greed. Blessed are the poor in spirit who yet wait for the advent of God’s kingdom. Great is their reward! So it is written, and so it shall be.