For Those Who Are Wise! 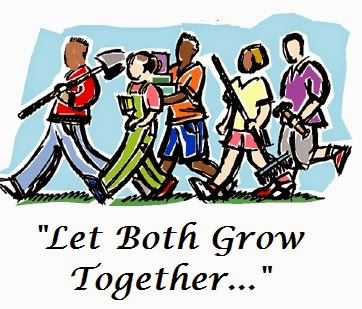 CONTINUING IN the Gospel According to Matthew for this Seventh Sunday after Pentecost, we find that our reading again proclaims words from our Lord’s parables. This lesson mirrors our previous week’s gospel lesson, in that this teaching illustrated the workings of God using agricultural symbols. We read…

Another parable he put before them, saying, “The kingdom of heaven may be compared to a man who sowed good seed in his field; but while men were sleeping, his enemy came and sowed weeds among the wheat, and went away. So when the plants came up and bore grain, then the weeds appeared also. And the servants of the householder came and said to him, ‘Sir, did you not sow good seed in your field? How then has it weeds?’
He said to them, ‘An enemy has done this.’ The servants said to him, ‘Then do you want us to go and gather them?’ But he said, ‘No; lest in gathering the weeds you root up the wheat along with them. Let both grow together until the harvest; and at harvest time I will tell the reapers, Gather the weeds first and bind them in bundles to be burned, but gather the wheat into my barn.’” (Matthew 13:24-30)

Then he left the crowds and went into the house. And his disciples came to him, saying, “Explain to us the parable of the weeds of the field.” He answered, “He who sows the good seed is the Son of man; the field is the world, and the good seed means the sons of the kingdom; the weeds are the sons of the evil one, and the enemy who sowed them is the devil; the harvest is the close of the age, and the reapers are angels. Just as the weeds are gathered and burned with fire, so will it be at the close of the age. The Son of man will send his angels, and they will gather out of his kingdom all causes of sin and all evildoers, and throw them into the furnace of fire; there men will weep and gnash their teeth. Then the righteous will shine like the sun in the kingdom of their Father. He who has ears, let him hear.
(Matthew 13:36-42)
The Good, the Bad, in the Unfolding Kingdom
We find that the church of Matthew, in writing this gospel record of Jesus’ ministry in like manner to the other gospels, related a collection of parables told by our Lord. The parables were spoken by Jesus to all listeners present, but many listeners could not comprehend the meanings of these wondrous stories. The parables could only be understood with any certainty through our Lord’s explanation and the leading of the Holy Spirit. The collection thus expressed the workings of the divine kingdom exclusively to those who were given the “ear to hear”.
It is in this last emphasis that we find this parable was told and then explained to a very select audience. We also note that not only was the explanation of its meaning told only to the original disciples who went into the house with Jesus, but it may have only been revealed in writing by the church of Matthew.
Made manifest is that the text in this section reads different wherein the other stories are also found in Mark and Lukan gospels, but for this parable we find that it is exclusively found only in Matthew’s witness. We do not know precisely why... whether the parable was secondary to the witness purposes of the other writers and therefore not written down, or was omitted there due to limitations of space in their scroll materials? Or, we might guess that it was possibly known only by the Matthean community. Consequently, we ask, “What was so important for Matthew's community that they chose by the Spirit to include this parable?’ I personally consider that being accepted scripture, it was not inserted just as filler material.
Under close scrutiny, we see as the parable unfolded it dealt with good seed and bad seed that was planted, and many authorities view this as meaning the children of God’s kingdom, or children of the “enemy”.
Are we seeing, therefore, a text that was important because of diabolical unrest in that particular Christian community? Were the early Christians in Antioch of Syria being adversely affected by internal tensions caused by Jewish dissenters sent from Jerusalem... those who tried to pervert the message of Christ?" As well, we ask, "Were there some community participants who may have been upset by the breakaway of the early Christian faith community from the parent Jewish synagogue?"
If either or both of these be true, and church history would seem to provide evidence of such, we can see that the lesson provided to them a particular warning to that early Christian community. The lesson also, therefore... carries forth to us in today’s rather turbulent church.
View Our Home Church Videos

Growing Together!
Given this premise in the dialog between our Lord and his disciples, Jesus told them that the Son of man was the sower who recommended that both good and bad seed grow together. Then at harvest, the evil seed which distorted the good news for their own purposes will be separated from the good at “the close of the age.”
We note with attention that the Christian church, whether infant then or now mature in the modern age, was said to prophetically have no participation in the determination. In the parable, the gleaning province was reserved for the sower… the King of kings and Lord of lords. The imagery we see used in the telling of judgment spoke to the early church in familiar agricultural and apocalyptic terms. Persons, principalities, and powers found as offending the Word shall weep tears of despair, and grind their teeth in angry reaction.

Still Growing...?
The lesson we then harvest today passes along to us an outlook for ministry within the modern church. As Christians we are called to grow as individual and chosen disciples, toward the right knowledge that we cannot discern the final fate of others who follow a “different gospel”. We are graciously left to grow by the power of the Holy Spirit to receive the Word as revelation, discerning from it using right interpretation for our own ministry. This is true both with our interpersonal workings within the kingdom... and inter-denominational Christian communications.
Knowing that we are called as claiming Christ by reading scripture using an exegetical approach “receiving” rightly that which the Holy Spirit teaches, we sadly note that others will read eisogetically “into” scripture what they want it to mean.
View Pastor's Personal Videos!
With confidence in the guidance of the Holy Spirit, we see that the church of Matthew related that Almighty God, through angelic workings… shall sort it all out! Subsequently, we know that as sinners we too shall be held responsible! We also are called to seek the Word rightly interpreted. We know to go beyond such is not our place… just as had been told by the prophets…

“At that time shall arise Michael, the great prince who has charge of your people. And there shall be a time of trouble, such as never has been since there was a nation till that time; but at that time your people shall be delivered, every one whose name shall be found written in the book. And many of those who sleep in the dust of the earth shall awake, some to everlasting life, and some to shame and everlasting contempt. And those who are wise shall shine like the brightness of the firmament; and those who turn many to righteousness, like the stars for ever and ever. But you, Daniel, shut up the words, and seal the book, until the time of the end. Many shall run to and fro, and knowledge shall increase.” (Daniel 12:1-4)


Therefore, as a sinful people called to discern our role in the kingdom, we are empowered to kneel before judgment... knowing full well that we are pardoned only for the sake of our Lord's deeds upon the cross. Can God make weeds into wheat? Or will God love those who are deceived by Satan into believing they cannot be changed? I believe God can change us in Christ... and will.
Finally, sisters and brothers, we need to remember that it is Jesus that gave us this guideline as workers in the kingdom. It was the Lord who sent the Holy Spirit as our guide... and is judge of all. Jesus came into the sinful world and died that even we weeds may have life and have it abundantly. Therefore let us truly be those who preserve the Word of God in revealed scripture so to include the writings of our proper ancestors in the faith… those in such as the church of Matthew.
Let us adhere to the call, and seal the book of the gospel as the unchanging Word. Let us use scripture delivered through the power of the Holy Spirit as the only reliable guide for our life. We shall see that as we proclaim the gospel faithfully, both our knowledge and the harvest of our Lord shall increase.