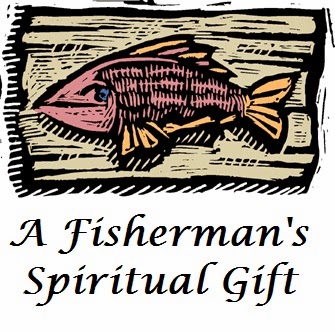 FOR THE observation of Transfiguration Sunday this year, we gather to hear the Gospel According to Saint Mark. The scripture unfolds the miraculous event that revealed the identity of Jesus as Messiah to the leaders of the early faith community. Therefore by our hearing, the message also reveals to us the primacy of our Lord in the unfolding salvation story. But indeed, can we lowly really grasp the glory…?

And after six days Jesus took with him Peter and James and John, and led them up a high mountain apart by themselves; and he was transfigured before them, and his garments became glistening, intensely white, as no fuller on earth could bleach them. And there appeared to them Elijah with Moses; and they were talking to Jesus.
And Peter said to Jesus, “Master, it is well that we are here; let us make three booths, one for you and one for Moses and one for Elijah.”  For he did not know what to say, for they were exceedingly afraid. And a cloud overshadowed them, and a voice came out of the cloud, “This is my beloved Son; listen to him.” And suddenly looking around they no longer saw any one with them but Jesus only.
And as they were coming down the mountain, he charged them to tell no one what they had seen, until the Son of man should have risen from the dead.
(Mark 9:2-10)

As Told Truly…
We hear this scene described to us from its earliest writing in the New Testament. The witness of Mark, carries to us a firsthand account from the life of Jesus. The story was remembered and told faithfully as having come directly from the lips of the apostle Peter. Accuracy is present here therefore, for Peter himself had related this particular scene. It was Peter that traveled after the Resurrection to Syria, and then also to Egypt. However, he had first gone to Syria as witness with Paul, Mark and Barnabas. Though he had tangled somewhat with Paul over the application of Jewish traditions for the Gentiles (see Paul’s Letter to the Church of Galatia, c. 45AD), here we see a vivid portrayal as guided by the Holy Spirit. That lowly Galilean fisherman related a miraculous event which occurred at the top of a mountain located near Capernaum.
However, given that this scene is read within every year of our three-year lectionary lesson, from one of the three synoptic gospels, the topic has been studied by us as written elsewhere. Depending on the three-year cycle, the story is related to us from Matthew 17:1-8, and from Luke 9:28-36.
However, for this study, I wish to focus our attention upon a few words of the text specifically used by the scribe of this gospel. The words of Peter told us that our Lord Jesus was bodily changed (Greek – μετεμορφώθη -metamorphosethe). His appearance so greatly changed that his clothing became “… intensely white, as no fuller could bleach them.” Using these words, a practical emphasis is particular to this gospel record. Peter takes us… his hearers… to a wondrous place. Changed for their particular audience, you see… Matthew and Luke omitted this “fuller” described as actively “bleaching” phrase… replacing it with the phrase “white as light”. Why so, we may rightly ask?

As Heard Truly…
Let me contend that this phrase connects us with an authentication of the Petrine witness. The phrase indelibly connects us directly with the event that occurred on the mountain. By using that phrase, those exact words… a man who was surely present tells us of the event. To reveal authenticity, I claim and contend that Peter fell into the depths of his earlier trade to describe the event.
Consider this. In my own preaching experience, I find that as I witness to the message of the gospel by the power of the Holy Spirit, in doing so I often use symbols, phrases and expressions from my personal history. As Saint Paul related, in order to proclaim Christ we become like those to whom we witness. As such, I believe this is what we find present here.
Follow my thinking. I claim that Peter, as a lowly fisherman was familiar with the whited-cloth sails wafting freely on the sea of Galilee. He was then without doubt very familiar with the work of a “fuller” (γναφευς) who bleached cloth. Therefore, using an expression garnered from his trade, he described his Lord as attaining a glowing appearance far beyond that which we lowly persons can even begin to describe.
According to Peter then, for us to look upon the glory of the Son far surpasses the expanse of our sinful finitude. He had difficulty describing the event, and so do we. Certainly for Peter, the brilliant presence of Jesus surely surpassed that quality of any other accompanying person, including Moses and Elijah.
From the days of Moses we have precedence for this type of divine description, for the brilliance of God’s presence upon earth was described by the ancient writer as a “burning bush”… one that was not extinguishable (see Exodus 3:6, and Deuteronomy 18:15). As we of the Church therefore, try to wrap our modern minds around this mystically-described event, we sinners can identify with our predecessor in the faith. We not only receive forgiveness because of our Lord, but a dim vision of our Lord as a person transfigured exists in us far beyond the ability of one who was with him to describe. In this we can but sense the struggle Peter encountered.
A lowly fisherman from Galilee, Peter was pressed by the Holy Spirit to describe our Infinite God using the finite language of his humanity. In that same vein we too are brought to the same place as the Church. We are called to use everyday words to express the wondrous vision of God’s grace given. I fear too often we sinfully don't even try.
Know this! Peter expressed the glory that he saw on the mountaintop. The scene was a prophetic one which gave sure meaning to the death and Resurrection of our Lord. Couple this with the word adjustments made to his witness by the communities of Matthew and Luke, in order to communicate the same to their church communities and we have a fantastic scene. We are thus forced to realize that it is the responsibility of the modern Christian church to yet struggle with the same interpretive effort today.
Click Here To Visit Pastor's Website!
You see, we are charged in mission with expressing the same indescribable gift to our own generation! Therefore as preachers and laymen mustering all that we can learn and all that we can meaningfully express, we need to be bold and speak words of faith as empowered by the Holy Spirit. Only by witness through the Spirit can the finite describe the Infinite. And only by the power of the Holy Spirit can the hearer apprehend the gospel message spoken. This blessed message thus can be clearly understood as we hear the words of the apostle Peter. As told in Mark then, just as the cloud overshadowed them... the Spirit of God came forth. Through the Holy Spirit, our God said, “This is my beloved Son; listen to him.”. And so by the same voice this Truth also appears to us on this marvelous Transfiguration Sunday. Let us indeed… listen... and tell others.
Please be invited to view this video...
May the Brightness of God's Glory Light Your Path!