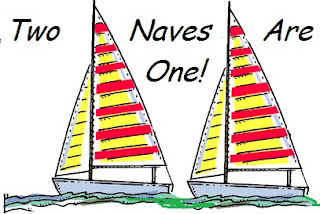 FOR THE Ninth Sunday after Pentecost, we Christians again find diversity in the readings offered within the lectionary preaching spectrum. The gospel readings used indeed differ, but to some degree they also parallel. First consider that our reading from the Gospel According to Saint John contains the story of Jesus walking on the water. Next, find that the same story also appears as read from other church pulpits from the Gospel According to Saint Mark (Mark 6:45-52). We find the story also comes to us from the quill of Saint Matthew, but is absent from Luke. In study here then, we have an opportunity this week to examine how the two differing witnesses used the same or similar source materials. The study may reveal even more from the historic apostolic record. To begin our study, from John we read…

Perceiving then that they were about to come and take him (Jesus) by force to make him king, Jesus withdrew again to the mountain by himself.
When evening came, his disciples went down to the sea, got into a boat, and started across the sea to Capernaum. It was now dark, and Jesus had not yet come to them. The sea rose because a strong wind was blowing.
When they had rowed about three or four miles, they saw Jesus walking on the sea and drawing near to the boat. They were frightened, but he said to them, “It is I; do not be afraid.”
Then they were glad to take him into the boat, and immediately the boat was at the land to which they were going. (John 6:15-21)

Lighting the Fog of Night…
In this story that related Jesus walking on water, we find much agreement between the gospel records of Mark and John. This is largely attributed to the fact that they likely had a common source even though the two reports were probably written in differing decades of history. We note subtle nuances exist between the two gospels. If we assume that indeed a common source existed, we need consider that these subtleties may speak to us concerning the perspective of each particular author.
I offer to you here that John, as quoted above, is the later dated document. Mark is estimated by most scholars as written about 65A.D., thus it seems that it predates the writing of John.
This estimated date for the writing of the Johannine gospel reveals then a gradual process, one which had at least subsequent later redactions that spread over several years.., possibly decades. The final form is estimated by some biblical authorities as being written c.90A.D. or later. In reading then, an importance rises as we note that only two miracle stories are shared by John, that are also contained in the other gospels. These include the feeding of the 5000 persons, and our Lord’s walking on water. Therefore, we can assume that the author saw that these two events helped to focus his readers and hearers. These not only centered the people on the gospel reading, but highlighted the sharing of a holy meal and the ongoing practices of baptism in the Church.
To examine this editorial progress in John, first let us consider the disciples' purpose in the story. Mark had written that the disciples went out in a boat first to cross the sea, and then Jesus followed them. Only afterward, Jesus walked in the darkness of the early morning, traveling on the water toward the village of Bethsaida (house of fishing).
John wrote, however, that the destination was Capernaum. An obvious, but slight difference therefore exists between the two accounts. Bethsaida was a village near Capernaum. A small, localized community, it was a fishing village on the outskirts of the larger town of Capernaum. According to the earlier Markan account then, we might think that Bethsaida contained a people receptive to the fishermens' witness from amongst the disciples, and its socio-economic strata of impoverishment and small business was quite receptive to the words of Jesus. It seemed that for Mark, what was a good evangelical method in one fishing town, would be good in another.
Conversely, John did not mention Bethsaida; but instead he held up nearby Capernaum as the destination. We might thus ask “Did they land at one place, then move to another?” I seriously doubt it. I believe John emphasized the greater populace as landing for a reason. I offer to you that blessed John, who likely wrote some years after Mark… wished to relate to a larger and wider Roman audience. Therefore John may have thoughtfully considered that many in his widely-dispersed audience would not even geographically know of tiny Bethsaida, but instead would more likely identify to some degree with the larger-populated Capernaum. This would be especially true if the congregations  contained many persons who were not Jews, but were of various ethnicity and were in house churches in the wider Greek and Roman world.

Lord, Do Not Pass Us By...
Also, in rather stark terms we see that Mark portrayed the darkness of night, but described the rising waves only in that the “wind was against them”. The scene focused the hearers less on the storm and more on the appearance of Jesus walking on the water. Shimmering as the Light come into the world, Jesus was erroneously thought by the disciples to be a ghost (phantasm). This may reflect that Mark may have fought with the emerging heretical opinion that Jesus was not a human being, but just a divinely glowing phantasm who came down upon earth. The opinion circulated that this "theos-aner" (god-man) was one to roam around and educate simple men, only to go irretrievably back into the heavens. However, note that I assign this counter "theos-aner" theory concerning Mark’s early motivation purely as guesswork.
What is more certain is that our Lord’s appearance made the disciples very frightened. It was stated by Mark that Jesus was brightly seen as passing by the boat in his path across the water. While many authorities have said that this is likely a Hebraic way of saying that he was coming fast “alongside”, I question that assumption. If we look at the Hebrew tradition, we read of a divine “passing by” that was historically spoken of…

When the waters saw thee, O God,
when the waters saw thee, they were afraid,
yea, the deep trembled.
The clouds poured out water;
the skies gave forth thunder;
thy arrows flashed on every side.
The crash of thy thunder was in the whirlwind;
thy lightnings lighted up the world;
the earth trembled and shook.
Thy way was through the sea,
thy path through the great waters;
yet thy footprints were unseen.

Surely then, this episode echoed the “storm god” theophany of historic Israel, as a mythological image also recorded in many other civilizations. In this psalm, we see that Israel trembled as God passed by. We note here that so did the disciples. However, recorded here is the reason for the “passing by" of our Lord Jesus. Our author in Mark stated that the disciples had not thought seriously and sufficiently about the full impact of the feeding of the 5000, and were likely rowing across the tempestuous water in rather scattered confusion. They were rightly portrayed by Mark as in danger of being “passed by”, because of unbelief. We need to remember that Mark often portrayed the disciples as a rather sorry lot, confused in their establishing of a working rhythm at the oars of the Church. We see from last week's study that they were noted to be in a scattered mind, pointed out in last week as needing a desolate place to rest. I ask then, “Was this story meant then as a warning to the early Church, who rowed the tiny ship of our Lord’s church forward in roughening societal seas?” If we accept this.., then I ask, “Was Mark telling them that Jesus is certainly no ghost... surely not just a mirage appearing out of the dark night?”
I further say, “Most certainly!”
Mark revealed that God was indeed with them. He warned his churches that faith was given and strong faith was still needed… for the Lord may yet pass by them in the early dark hours of Church history. Mark’s message was therefore told in this way to those early, persecuted readers in 65-70A.D., those who were called to place their sights only on the destination before them.


On The Way...
Now, here we must note that John omitted that Jesus almost passed by. Why so? I believe that guided by the Holy Spirit, the omission was not merely accidental. You see, it seems that John addressed a different audience in a different time. In a later day of writing, his churches were more numerously spread widely across the Roman and Greek provinces, and the presence of Jesus in the waters of Baptism and the elements of the Holy Eucharist had been firmly anchored as more certain in their mindsets. However, we know that the early Church was still casting about, flailed adrift by great and harsh political and religious currents and undercurrents. Thus the congregations who read this message rightly needed a concise, tightly-worded admonition. In these elements of the very same story then, the person of Jesus Christ is pointed out specifically in John as saying firmly... “It is I, do not be afraid.”
Click Here For Pastor's Personal Website!
For John’s churches then, and those floundering around in our own day, this stands out boldly as a focused message. For John described that the disciples took the Lord into the boat and he proceeded with them. John spoke this good news loudly to his congregations. They were assured that though ghastly and dangerous portents would seem to overwhelm them, the early church of Jesus Christ would endure in proclamation of the gospel message. They would not be swamped! Jesus Christ remained amongst them in both Word and Sacrament, and each faithful community would reach the firmness of God’s eternal shore. This is the central good news in this story from John. We note also that this message rings true across the centuries... even to our own pulpits and naves.
Know this! Let it be that whichever lesson used by your particular congregation for the coming Sunday, the message resounds similarly. Jesus is no bright figment of our faint imaginations. Our Lord comes to us in the bread and wine, which is also his body and blood… just as he comes to us also on the waters of Holy Baptism by the power of the Holy Spirit. He rules eternally over the natural and spiritual forces of all creation.
As told, our sinful and sometimes doubting Christian communities whether small or large, are then simply called to partake of his divine, forgiving Presence, and keep on rowing… witnessing firmly even though the seas of the social and political worlds are yet turbulent and the shores very distant. We are comforted.., for God is most certainly with us.


May the Blessings of Our Lord Be With You!