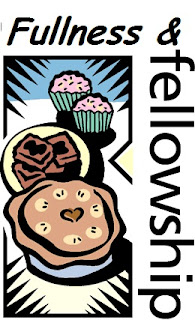 OUR LECTIONARY for the Twelfth or Thirteenth Sunday after Pentecost comes to us selectively depending on our ecclesial walk. Different denominations present us with a variance in readings possible. Here in this study we have already dealt for several weeks with the topical subject found in John; therefore, we choose to turn this study to the subject now covered in Mark. For those whose lectionary calls for working with the Johannine gospel, within that reading we historically find that during his teaching in the area around Capernaum concerning his being the “Bread of Life”, the populace strained for understanding that would come to them only by the Spirit.
In both texts, however, we find that Jesus and his followers quickly became confronted by religious authorities in synagogue and temple. Here in Mark we read where some authorities rose to challenge our Lord in the name of keeping proper Jewish traditions. We read…

Now when the Pharisees gathered together to him, with some of the scribes, who had come from Jerusalem, they saw that some of his disciples ate with hands defiled, that is, unwashed. (For the Pharisees, and all the Jews, do not eat unless they wash their hands, observing the tradition of the elders; and when they come from the market place, they do not eat unless they purify themselves; and there are many other traditions which they observe, the washing of cups and pots and vessels of bronze.)
And the Pharisees and the scribes asked him, “Why do your disciples not live according to the tradition of the elders, but eat with hands defiled?”
And he said to them, “Well did Isaiah prophesy of you hypocrites, as it is written..,

‘This people honors me with their lips,
but their heart is far from me;
in vain do they worship me,
teaching as doctrines the precepts of men.’

You leave the commandment of God, and hold fast the tradition of men.”
And he said to them, “You have a fine way of rejecting the commandment of God, in order to keep your tradition! For Moses said, ‘Honor your father and your mother’; and, ‘He who speaks evil of father or mother, let him surely die’; but you say, ‘If a man tells his father or his mother, What you would have gained from me is Corban’ (that is, given to God)… then you no longer permit him to do anything for his father or mother, thus making void the word of God through your tradition which you hand on. And many such things you do.” (Mark 7:1-13)
What is Pure?
The behavior of the disciples and others was pointed out by opponents. The disciples ate their meals without using customary ritual washing. Therefore the Pharisees, and other legalists who had come from Jerusalem gave rise to discussions about pure obedience to God. For them, obedience meant strict personal adherence to the dietary traditions that had set the Jewish people apart for centuries. Before eating, they would perform ritual washing that “purified” that which went into their bodies. These had been lifted very high in the few centuries before the time of Jesus birth. However, as pointed out by adherents, the practices to which they clung had roots in the Exodus from Egypt and the settlement of the people into the land. These were traditional ceremonial roots that they felt set them apart as God’s chosen people. However the problem of these traditions held up in the days of our Lord’s ministry, lay not in the original intent of preserving a robust and healthy nation walking before God, but that these had been boiled into an oppressive gruel of self-justification. By a menu of strict observances, a person could… and often would… claim righteousness before the throne of God and the company of men.
In answering this challenge, therefore, Jesus ladled out a bitter taste. He accused that the religious authorities had overthrown the immutable Law of God. They had replaced divine instruction with many temporal rules. As proof, our Lord pointed out how divine mandate was intended to preserve proper care and respect for the elderly. The Law had long established…

“Honor your father and your mother, that your days may be long in the land which the Lord your God gives you. (Exodus 20:12)

“Whoever curses his father or his mother shall be put to death. (Exodus 21:17)

Using these unchanging mandates of God's Law, Jesus explained how the Law had been circumvented by traditions invented in the more recent days of Israel. You see, in the time of Jesus’ ministry and later, a Jewish head of household could take those funds which had been laid aside for his elder's care, preserving them for himself by vowing their use for the temple. A person could thus negate his responsibilities for parental care, while maintaining investment control of the finances. They would invest the funds, gaining interest from the principal.

What is Holy!
In the confrontation, therefore, we see that Jesus altered the conversation away from defending his disciples. He took rather to challenging Jewish tradition. Our Lord rightly focused the discussion on a sinful human flaw… that of our distorting or dismissing God's Law in order to gain religious, financial or political advantage. Thus his admonition to the Pharisees and scribes comes through the pen of Mark to his church. But we too must hear the truth about… “many such things you do.”
You see, this was a message given universally to the Jews, the early church and to us as well. Mark wrote in a time when the officials of the synagogue looked down upon those Jews and Gentiles within the early church who did not keep to the “kosher” dietary laws of the chosen people. Therefore the admonitions of Jesus dismissed the distracting accusations of the synagogue legalisms. They were cast aside in order to focus the early church’s attention more properly on sinful disobedience as convicted by the Commandments. In this way, they saw that we all stand before the Law as convicted. Thus we are all driven to only seek salvation through Jesus Christ and not by what we may do. You see, thankfully we are saved only by grace through faith given in Jesus Christ alone, and not by either adherences to paltry man-made laws that we may keep, nor the Commandments which we fail to keep. We need to understand thoroughly that no one can get to heaven by legalisms, religious observances or the exercise of power or influence. We are justified only by our Lord’s death upon the cross. In this way we are made witness to the Father’s mercy through the power of the Holy Spirit.
What then is the Law? Is it no more of use? On the contrary, the Law remains before us to be used as a guide for us in dealing and living with sin in the world. It stands as testimony that demonstrates our shortcomings and human need of salvation.
Check Out Pastor's Latest Rant!
Consider this! That which is "Corban", (laid aside) is indeed our secure salvation which is preserved for all eternity through Christ alone. For certainly Jesus willingly and exclusively paid dearly for our sinful ways and misunderstanding. He reconciled us to the Father! We are free from the penalty of the Law, though the Law yet stands. Thanks be to God that before dying upon the cross, our Lord clearly said… “Father.., forgive them. They know not what they do.”
Thus it is now... as we gather at our Lord's table with unwashed, sinful hands… that we may rejoice and eat in peace, knowing forgiveness. From that holy place we may then rise in witness and work refreshed in this sinfully confused world. Thanks be to God.

Please take time to peruse and enjoy our videos. Here is one of our latest...