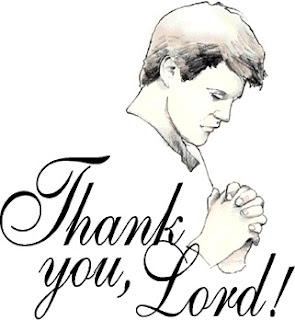 WITHIN THE Twenty-Second Sunday after Pentecost we of the Church shall hear a message concerning the final healing done by our Lord before his crucifixion in Jerusalem. From the Gospel According to Saint Mark, we are slated to read…

And they came to Jericho; and as he was leaving Jericho with his disciples and a great multitude, Bartimaeus, a blind beggar, the son of Timaeus, was sitting by the roadside. And when he heard that it was Jesus of Nazareth, he began to cry out and say, “Jesus, Son of David, have mercy on me!”
And many rebuked him, telling him to be silent; but he cried out all the more, “Son of David, have mercy on me!”
And Jesus stopped and said, “Call him.”
And they called the blind man, saying to him, “Take heart; rise, he is calling you.” And throwing off his mantle he sprang up and came to Jesus. And Jesus said to him, “What do you want me to do for you?” And the blind man said to him, “Master, let me receive my sight.”
And Jesus said to him, “Go your way; your faith has made you well.”
And immediately he received his sight and followed him on the way.
(Mark 10:46-52)

In A Name?
Herein we find that two sons meet on the road. First was Bartimaeus, the son of Timaeus, who was healed by Jesus. Bartimaeus was a blind man who sat begging for donations on the road near Jericho. The city of Jericho as a fairly well-to-do urban area, was a suitable location for his begging. As he sat there, however, Jesus arrived and was acclaimed by Bartimaeus as the Son of David.
As to the name of the blind man, there has been some scholarly conversation. His name is unusual in several ways. First is that a name was mentioned at all, for it is not the usual pattern for this gospel writer to give the name of any person who had been healed. Second, his name is explicitly translated here as "Son of Timaeus.". Some biblical scholars see the name used as a reference back to a particular historical disciple who may have been personally known by the writer and the community of Mark. Other scholars however, view it with yet another significance. We know that the name is of a rather strange Semitic-Greek hybrid. The name, if illustrative, may point figuratively to Plato's “Timaeus”, a man who delivered the philosopher's important cosmological and theological treatise… one which involved sight as being the foundation of knowledge.
Here in this instance, however, I tend to lean in my usual habit toward recognizing all of these possibilities. I consider that there was indeed a blind man named Bartimaeus, and he possessed a name which indicated that he would stand out boldly. He represents collectively... those in the infant Church who he would soon see clearly.
How is this possible.., that a man truly-named as Bartimaeus was found as present at that moment in time, and at that location… and was suited so well for the edification of the Church? Indeed, in answer, consider this. Notice that we often read in scripture where other persons of faith had been urged or directed by the deliberate circumstances of life, as sheep toward a chute or gate… in order that they may experience a divine encounter. In these cases we see that even if their steps were previously sinful, in a crossing of paths with the divine nature of God... resulted in a great benefit not only for them, but for those like ourselves who observe the occasion. Thus the grace of God was and is revealed.
We note typically here that the gospel portrayed Jesus’ followers as rather callous, as narrowly focused on great aspirations. They wished to quiet Bartimaeus’ plea, seeing him as a waste of time and effort. However, the blind man called loudly upon Jesus as the “Son of David”. By calling upon Jesus with such a title, he showed that he recognized our Lord verbally as the Messiah. While we might note that this was something that others did as well, Jesus knew that many of the others misinterpreted just what the title meant. By doing so they selfishly cast aside his predictions of his own crucifixion.

Shedding Security?
We keenly note here that Bartimaeus shed his cloak when he was called to rise and meet with Jesus. To me that seems a highly symbolic act. The cloak was not just his protection against the elements of nature, but was the catch device laid on the ground for those monetary donations which served to keep him alive. It was thus very meaningful when the blind man willingly, almost carelessly… cast his source of livelihood aside. Without hesitation, in the belief that he could be cured by Jesus… he got up and went forward! At that point our Lord asked the same question that had been spoken to others… ““What do you want me to do for you?”
Bartimaeus boldly asked him that his blindness would be cured. Many of us may ponder that the blindness could have been both physical and spiritual. However, we also read here that Bartimaeus referred to Jesus as Master... in other words... his own, personal teacher. In faith therefore, he expressed familiarity! You see, though blind... he could see rather clearly.
This last thought I take as a sign that the community of Mark who heard this reading was being guided to also throw caution aside. They were asked to get up, cast off the security cloak of this world... and meet Jesus just like the blind man. Notice that Bartimaeus had a name that historically has both Jewish and Greek sources. Realizing this, we can hear from an infant Church wherein both Jews and Greeks together were gathered. In Bartimaeus they both could identify  and were thus spiritually guided to also hail our Lord as the Messiah. Jesus was thus revealed to all as the Anointed Deliverer whom God had sent into the world. This episode became for them a message promoting unification across lines of genealogical heritage!
We most importantly note that Jesus then told Bartimaeus that his faith had made him well. So too, the co-identification in Mark’s community carried forward, in that with their blindness cast aside, they could quite clearly see the way forward through burdensome persecutions.
Note this as guidance! Toward the end of this lesson we read that though our own spiritual blindness often hinders us as human beings, we see that Bartimaeus indeed followed Jesus. He followed as our Lord went onward to Jerusalem and eventually died upon the cross. Given this, we might ask ourselves, “Was this particular episode the gospel writer’s method of reminding his congregation… and those who live in today’s world… that after receiving this vision, our path is to also follow Jesus to the cross as well. I dare venture to you that this is so.
In conclusion then, I say to you that we need as the Christian church to follow in faith. Having sat idle and blind for too long along the roadside of the modern world, we are asked by Jesus Christ to stand without cloaking ourselves in worldly substance… and to boldly seek for our Lord to heal our sight. May we be blessed to also view that which is further described in this gospel.
If seeing truly, we can read further concerning the pompous parade of those who were misguided in this world, those trying to profit from Messianic expectations. We may view the selfish, unrepentant ancient society’s rejection of the Good News. We comprehend the prediction of our Lord that soon one stone shall not be left upon another. And then, given a true vision of the Son of David we see the Messiah crucified upon a cross for our sake. Finally... this witness of Mark ended appropriately three days afterward... with startled women standing at the door of an empty tomb. The final scene therefore yet describes spiritual blindness, chaos and wonder.
Click Here To Visit Pastor Tom's Blog
The moment described at the close of the gospel told, therefore makes me wonder if  our brother Bartimaeus, by the gift of healing was one who yet stood nearby. If so, I believe that he could truly see though they could not. I think he could have stoically been standing nearby in faith. And dear readers, I further suggest to you that somehow through the power of the Holy Spirit, blessed Bartimaeus could thus represent... each one of us.
Please be invited to watch one of our videos...
May Almighty God Be With You Forevermore!