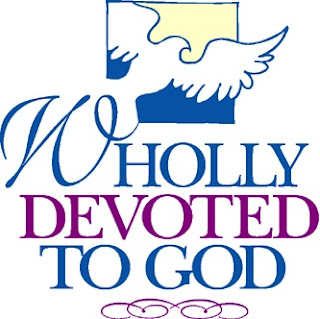 OUR BIBLE study for the Fifteenth Sunday of Pentecost comes to us from the Gospel According to Saint Luke. The text contrasts doings in the realms of our sinful world and the kingdom of God…
He (Jesus) also said to the disciples, "There was a rich man who had a steward, and charges were brought to him that this man was wasting his goods.  And he called him and said to him, 'What is this that I hear about you? Turn in the account of your stewardship, for you can no longer be steward.'
And the steward said to himself, 'What shall I do, since my master is taking the stewardship away from me? I am not strong enough to dig, and I am ashamed to beg. I have decided what to do, so that people may receive me into their houses when I am put out of the stewardship.'
So, summoning his master's debtors one by one, he said to the first, 'How much do you owe my master?' He said, 'A hundred measures of oil.' And he said to him, 'Take your bill, and sit down quickly and write fifty.'
Then he said to another, 'And how much do you owe?' He said, 'A hundred measures of wheat.' He said to him, 'Take your bill, and write eighty.'
The master commended the dishonest steward for his shrewdness; for the sons of this world are more shrewd in dealing with their own generation than the sons of light.
And I tell you, make friends for yourselves by means of unrighteous mammon, so that when it fails they may receive you into the eternal habitations. "He who is faithful in a very little is faithful also in much; and he who is dishonest in a very little is dishonest also in much. If then you have not been faithful in the unrighteous mammon, who will entrust to you the true riches? And if you have not been faithful in that which is anothers, who will give you that which is your own?
No servant can serve two masters; for either he will hate the one and love the other.., or he will be devoted to the one and despise the other. You cannot serve God and mammon."
The Pharisees, who were lovers of money, heard all this, and they scoffed at him.
But he said to them, "You are those who justify yourselves before men, but God knows your hearts; for what is exalted among men is an abomination in the sight of God.  (Luke 16:1-15)

Hard Choices?
The gospel for this week comes nested between the parable of the Prodigal Son and the heavenly residence of the servant Lazarus. Nested so amid the lessons given along the road to Jerusalem and the cross, the gospel illustrates further the differing character of the “two sons”. The Prodigal parable is summed by its ending.

By ending the Prodigal story addressed to “tax collectors and sinners and all drawing near to hear…”, the author has set the stage for this next parable, one aimed deliberately toward our Lord’s disciples. Since it has focus upon disciples, this instructional has intent for us today, for we are now the called and baptized of the Church in this world.
The Lord tells a prophecy for future, yet foreseeable events for the two classifications. In this parable, a rich man had a servant who was not producing the results appointed. The servant, being cast from employment, shrewdly had acted to ensure his own rest with dishonest creditors. Thus his crime gained accessory personalities. Instead of being prosecuted and punished, the servant then earned reward in that he was clever and would be embraced by eternal reward.
We must note here, however, that the final destination described for the servant’s efforts does not necessarily indicate the entire gang will be located in the heavenly realm, but simply they would be together in a tent or habitation where all were gathered. Confusion often occurs, but this most likely indicates the habitat of the demonic.

The illustration to the disciples who were with Jesus, the churches of Luke, and also those who come after them, gave a light of guidance to those in dark circumstance, The Lord revealed with whom they should be counted. The question we must ask ourselves is… “Do we serve as faithful servants for our own accrual of wealth.., or are we going to be faithful to God?” To whom do we look for our salvation? Shall we join the great collective of the lost habitation, or shall we be gathered as saints? In so many words, I might ask, “To whom shall we of the modern Church be faithful?” We see today that for the sake of filling pews, collection boxes and offering plates, many denominations and churches have bartered away the owner's rightful harvest... in order to preserve their profitable lifestyle.
As such, we take note that those who eavesdropped upon the conversation when Jesus taught... objected to the dismissal of those who were “seeking a fat portfolio” as their personal security. In answer, Jesus told them…

"You are those who justify yourselves before men, but God knows your hearts; for what is exalted among men is an abomination in the sight of God.”

Therefore, we of the modern Christian churches need to rightly learn the priorities of faith and wealth. We need put all things in their proper places in the kingdom hierarchy. The parable reminds us first concerning the Law. Within the first commandment given by God to the nation Israel gathered, stands our financial instruction…

“And God spoke all these words, saying, "I am the Lord your God, who brought you out of the land of Egypt, out of the house of bondage. You shall have no other gods before me. You shall not make for yourself a graven image, or any likeness of anything that is in heaven above, or that is in the earth beneath, or that is in the water under the earth; you shall not bow down to them or serve them; for I the Lord your God am a jealous God, visiting the iniquity of the fathers upon the children to the third and the fourth generation of those who hate me, but showing steadfast love to thousands of those who love me and keep my commandments.” (Exodus 20:1-6)

Let us be reminded that the pursuit of wealth and it’s acquisition often becomes a false god that is not alive in the way that we define “life” today. However, wealth is a god which once set up, can take on a life of its own. Be aware! We dare not place any monetary gain or false righteousness on the altar of a false god, with the intent of worshiping that god in the place of our merciful Creator.
Please know that this malady is subtle, as many sins are. For example, as in the days of Luke’s community wherein keeping “kosher” often took precedence over being “kind”, the kosher rule was shown to have grown in stature to become its own god. But lest we Christians throw stones at the ancient fools, we are reminded that this reading tells us that what occurred for them, can happen to any Christian... no matter what our economic station. As Christians, we are called to know that we are a people set apart... saved by grace to worship only God as Father, Son and Holy Spirit. So it is, and so it shall be.
Please be invited to view this video...
Spread the True Wealth!