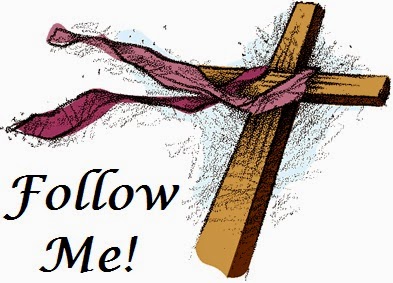 FOR THE Third Sunday of Pentecost, we find our reading from the Gospel According to Saint Matthew contains words that were specifically addressed to Jesus’ first disciples. Therefore the text clearly defined their position as the Church in the ancient world… and shows the risk that accompanies ministry within our own time...

“A disciple is not above his teacher, nor a servant above his master; it is enough for the disciple to be like his teacher, and the servant like his master.
If they have called the Master of the house Beelzebul, how much more will they malign those of his household. So have no fear of them; for nothing is covered that will not be revealed, or hidden that will not be known. What I tell you in the dark, utter in the light; and what you hear whispered, proclaim upon the housetops. And do not fear those who kill the body but cannot kill the soul; rather fear him who can destroy both soul and body in hell.
Are not two sparrows sold for a penny? And not one of them will fall to the ground without your Father’s will. But even the hairs of your head are all numbered. Fear not, therefore; you are of more value than many sparrows. So everyone who acknowledges me before men, I also will acknowledge before my Father who is in heaven; but whoever denies me before men, I also will deny before my Father who is in heaven.
Do not think that I have come to bring peace on earth; I have not come to bring peace, but a sword. For I have come to set a man against his father, and a daughter against her mother, and a daughter-in-law against her mother-in-law; and a man’s foes will be those of his own household.
He who loves father or mother more than me is not worthy of me; and he who loves son or daughter more than me is not worthy of me; and he who does not take his cross and follow me is not worthy of me. He who finds his life will lose it, and he who loses his life for my sake will find it." (Matthew 10:24-39)

Know the Risk!
Before the first time that he sent his disciples out among the Jews, Jesus addressed his disciples about holy war. He warned them of severe opposition. Resistance would be encountered as they proclaimed the good news of God. The record of what Jesus said to them on that day now appears in this dialog that is passed on to us by the church of Matthew. The text of this instruction is also echoed in part when we read from other synoptic gospels (Mark 13:9-13, Luke 12:11-12).
Jesus warned them... and now us… that we often will be persecuted and isolated from those in the world. He warned that not only the societal world would reject and persecute them, but the very foundation of family units would abandon them. Thus Jesus related these truths to his followers about the entrenched powers of this world. He told them these evil workings would be addressed against their very lives.
First, our Lord Jesus warned that those who would attack him, would also attack them. The religious authorities of the day had said that Jesus was of “Beelzebul”. (Baal-Zebub or "Evil God"). Thus he told them that many in the Jerusalem temple had said that Jesus’ power came from the likes of a foreign Philistine god. This was the foreign god that had been acclaimed protector by the ancient city of Ekron. Therefore the temple powers said that Jesus surely taught a “foreign” and “evil” way for the Jewish people. Consequently, informing the disciples of that accusation, Jesus told them that the charge they leveled against him would also be put upon them.

Next, using images of darkness and light, he revealed the responsive action expected of them. They were to know that they should not fear the powers of this world and hide… but out of that darkness shall come Light. An echo rang truly for disciples, for those who are witnessing either then or now… as fervent students of scripture we hearken to what had been earlier written in the Pentateuch concerning the creative power of God.

And God said, “Let there be light”; and there was light. And God saw that the light was good; and God separated the light from the darkness. (Genesis 1:3-4)

Thus Jesus prophesied a timeless truth. Out of the age of darkness in which Jesus ministered on earth, they would go forward in ministry to a time when powers of the world would work to corrupt the worship of God. But the Light of God’s Truth would shine forth. We in the Church today, challenged by persecutions from religious fanatics bent on satisfying these same works of darkness... those who would distort the scriptural record to their own progressive agendas, need to hear this warning clearly.
The task to proclaim the Good News of salvation was given to the disciples. Any who would shrink from the task in the face of persecutions in any time to come,,, and from any evil source… would face judgment by the Father. The words “Do not fear!”  jump out at us. They come to us with importance now in our modern day, just as they likely loomed large for the early church of Matthew.
Written in fullness of witness within the late first century, the message of the gospel writer pointed beyond themselves, telling those who followed… “Do not fear!” The Word, which is Christ and the power of the Father and the Holy Spirit, reminds us of what we historically know to be true.


The early churches heard this reading while enduring and facing growing persecutions. Arrests were being made. Isolation was rampant. The entrenched synagogue powers in Asia Minor and Rome witnessed the freedom of Christian life, and their control over the masses. Many Christians no longer kept kosher and thus disturbed Jewish community trade. They had freely brought sinful foreigners, those Gentiles… into the Christian faith through confession and baptism. Thus false accusations were made. They said to the authorities that the Christians ate “body and blood”. Thus they accused of cannibalism, and the followers of Jesus were driven by Romans into the catacombs. There the Christians worshiped Jesus in the darkness of the cemeteries. Christian communities would in the dark morning hours follow acolyte torches through the catacombs (Greek for the “down under”). There they would worship from darkness into Light.
It is amid this telling that I feel that our memories of Jesus’ instructions were fully being recalled. The words of Jesus were not added to by the early Church, but were remembered by the late century disciples who were facing Jewish, Greek and Roman persecutions. The words stated by Christ were therefore seared by the Holy Spirit into their Church legacy and ours. They began to feel in new ways the religious persecutions set in motion by the powers of the “temple authorities”... were promoted by the “Prince of Darkness”.
As the persecutions of the Church came hard upon them, driving early Christians into the darkness, the fullness of Jesus' instructions echoed. The Church was called to boldly proclaim in the light of day. They were to proclaim while knowing that some who had clung to family traditions, and the fetters of nation, state, town... or those who blindly worshiped in supporting coffers-driven denominational allegiances… were to hear the gospel and would speak harshly of believers. Today we know there are some yet who condemn in the same way.

On Finding Life…
This lesson of the day, therefore, reminds our modern Church with the good news mission that was given to the disciples… though the words still sound foreign to some. The bad news is that persecution is yet with us; however, the Good News rests in the proof that centuries have come and gone, and thanks to the power of the Holy Spirit the Church and its message still endures. We are thus called to not dwell in darkness, but proclaim the gospel even on the roof tops.
After meeting on any given Sunday, whether nested behind stained-glass windows or sheltered beneath the shade of a tree in the African sun, as Christians we are driven by faith to act. We are to come out into the day and speak about the true Light of the world. The good news of Jesus, who died that we might have not just life, but Resurrection life… should go out across the world.
This reminder comes to us in a time when many persecuted Christians need to be uplifted. This persecution of the Church increases across the globe. Christian pastors are imprisoned. Churches are burned in Syria, India and across Africa. Christian mothers are sentenced to death. Christians are scattered or arrested in China while gathered by the Spirit. The news is horrid about torturous deaths upon Christians in Iraq, the land out of which blessed Abram came. Indeed, across far lands we find that Christians are being martyred in large numbers. Amid this witness, in Europe, America and Australia, the Church yet untouched by open strife are being rent by progressive schism, scriptural distortions and raving demons of ignorance.
As we hear daily of this horrible news, we need be reminded that the Church has been in this place before. Though these things yet shall be, we are empowered by the Word that echoes across this evil world.


First, let us remember the Good News! Remember that we are called and strengthened for our mission by the Holy Spirit. Thus we shout of the Father’s grace from the heights. Grace is certain! Turbulent times shall roll throughout history, even unto that last day when finally all knees shall bow rightly before our Lord…

Then I saw a new heaven and a new earth; for the first heaven and the first earth had passed away, and the sea was no more. And I saw the holy city, new Jerusalem, coming down out of heaven from God, prepared as a bride adorned for her husband; and I heard a loud voice from the throne saying, “Behold, the dwelling of God is with men. He will dwell with them, and they shall be his people, and God himself will be with them; he will wipe away every tear from their eyes, and death shall be no more, neither shall there be mourning nor crying nor pain any more, for the former things have passed away.”
And he who sat upon the throne said, “Behold, I make all things new.”
(Revelation 21:1-5)

Therefore, as you hear this clear gospel message given to us on the Third Sunday after Pentecost, let us know that the season of our own proclamation has not ended. The Word… the Good News of salvation that you hear… is to be proclaimed out in the world. The Word shall be spoken by you who are called to be disciples. Do this work to which you have been sent… for the sake of Jesus Christ and the future of those in the world around you.


For your viewing and thoughtful considerations...