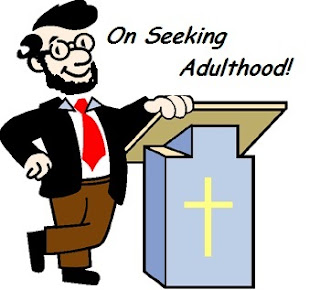 FOR THE Seventeenth Sunday after Pentecost, in many churches we once again hear from the Gospel According to Saint Mark. In this text we have a subject sequel to the previous event where Jesus healed a mute young man who had epileptic-like seizures. Here similar in focus, the lesson presents in rather slide-show fashion a person once again being blessed by God’s everlasting love.

They went on from there and passed through Galilee. And he (Jesus) would not have any one know it; for he was teaching his disciples, saying to them, “The Son of man will be delivered into the hands of men, and they will kill him; and when he is killed, after three days he will rise.” But they did not understand the saying, and they were afraid to ask him.
And they came to Capernaum; and when he was in the house he asked them, “What were you discussing on the way?”
But they were silent; for on the way they had discussed with one another who was the greatest.
And he sat down and called the twelve; and he said to them, “If anyone would be first, he must be last of all and servant of all.” And he took a child, and put him in the midst of them; and taking him in his arms, he said to them, “Whoever receives one such child in my name receives me; and whoever receives me, receives not me but him who sent me.”  (Mark 9:30-37)

Competitive Adult?
Our gospel writer brings us to the second prediction of Jesus’ suffering and death. In Mark’s telling, Jesus had previously informed them of our Lord’s purpose and its results before men (see Mark 8:31-32). In the first telling in Mark, however, the political aspirations of the disciples seemed to prevent them from comprehending the communication. Indeed, it was at that earlier time when Jesus had chastised Peter for his resistance to our Lord's ministry. In this text, Mark wrote that Jesus related the lesson again.
Again Jesus told them. He taught his disciples privately during his departure from the area around Caesarea-Philippi, while traveling to the town of Capernaum. Our Lord again made the effort to connect them intellectually and spiritually to the purpose of his ministry.
Before that final event when he would be lifted up on the cross, however, the prediction was to be given once more. Thus for Mark, the three-fold inability of the disciples to understand that message was seen as crucial in his telling of the Good News. (see Mark 10:33).
This historically-grounded literary device was used to reinforce the concept of the “Messianic Secret”, wherein only the gift of the Holy Spirit made to the early Church after the Resurrection would bring them to more fully realize the message. Only then, through the witness of those disciples... could anyone come to know Jesus' true identity as Messiah and God's only begotten Son. Thus as readers of Mark's message here, we are indeed blessed to be brought to know the Messianic secret.
The trouble in Mark's time, however, was that the original apostles and disciples were disappearing because of persecutions and old age. It is in this emphasis that Mark takes us from the lessons given on the road… to an important teaching given by our Lord in a house at Capernaum.
You see, amid conversations that were likely contentious... the disciples followed a typical human tradition by trying to determine who was most important in rank. This may be akin to a family's grown children having conversation while setting down at a parent’s Thanksgiving table. Competition ensued at a lively pace.
Indeed, in Mark this was a topic of frequent apostolic debate, since Peter, James and John had originally believed that Jesus was going to take Messianic control of Israel while in Jerusalem. They were typically zealous for power and position. That Peter had been upbraided prior to this second telling when he objected to the thought of his leader's death, was likely the reason that they remained silent here. We note that the later-penned gospels of Matthew and Luke tried to lessen the emphasis on this apostolic tumult and misappropriation of purpose.
The seriousness with which Jesus took their debate is stressed, however, in that he immediately sat down with them privately in the house. This indicated for Mark’s readers the importance of the leadership discussion. You see, Jesus' teaching went against the traditions of the world. Our Lord taught those who were gathered in that house that anyone who would be first, must be the servant (doulos) of all. Indeed, the lesson turned the world's societal thinking upside down.
Jesus stressed that to be counted as a true disciple one must become not just a waiter at the ruler's table (diakonos), one who was entitled to eat the scraps left over. Instead a person must be willing to be chosen as the lowest slave having no legal status at all within society.
To demonstrate the point, Mark then told how Jesus took a young child to himself and said that the disciples were called to lovingly regard the small child favorably and willingly as of first importance… in order to receive himself or the One who had sent him.
Please note here that we need to toss aside our modern assessments of worth concerning young children, even if we only claim them as dependents on our income tax forms. We need to remember the societal environment in which this event occurred. Children of that day, likely because of very high infant mortality rates, were not typically regarded with any worth at all until some years of age were accomplished. Thus we find Jesus'  words recorded here in Mark were quite revolutionary… and almost without common sense to that society.
We note this especially when comparing this reading with the previous lesson from last week. There stands an unidentified youth held up as a healed example. In that former lesson a young person cared for by his father, was healed from beneath a dreaded, sinful, supposedly incurable disease. Now here in this reading, an unidentified child also served as example.
Please know this! While clearly we do not know the identity of either child, and therefore cannot say whether they were the same child or two different children… the most common assumption is that the second child was of Peter’s household since they were in his house. This last reasoning, however, has only been said after speculation. We know with certainty only that both children served as examples.

On Being a Child…
Consequently, I consider that most children were important in the life of the early Church. Even their shrouded identities in this gospel served the early Christian community well. You see, since it seems that Mark wrote this account down on parchment about 32 to 35 years after the crucifixion, death and Resurrection of Jesus, we find it was very likely written just after the death of Peter (c. 65 A.D.). The Church also knew of the wider persecutions and deaths of other disciples as well. Therefore, I offer to you that both the child that was healed and the one who was to be treated as our Lord himself, represented descendant persons who were emerging as leaders within the persecuted Church. The children may have represented those to whom leadership was being passed as the elder's abilities declined.
The children in the text I see as representing the ongoing ministry of our Lord Jesus and the Father who had sent him, progressing the Church through the leadership of younger persons into the latter portion of the first century and beyond. Jesus thus instructed his followers that these lowly who shall rise and do ministry authentically in their midst should be welcomed and cherished.
Thus it seemingly indicates that Mark, with certain verve... took up argument about apostolic authority. In the very next verses the issue was raised in the Church about some who like Paul… were those who rose independently to preach and teach in our Lord’s name.
We must ask ourselves, "Was the early Church being informed by what authority Paul did such things? By what authority did others... clergy and laity alike... in the infant church, then later carry forth the gospel message?" 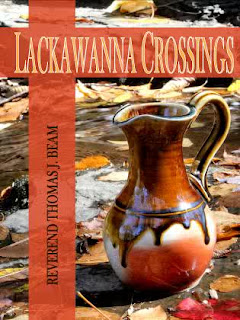 A true read of pioneering faith lived out in the founding days of the United States. A story of persecution and victory!


Message For The Modern Church
I believe that the answer lies in the affirmative in that the unknown young child taken up in Jesus’ arms, demonstrated what these servant leaders should be. Servant leaders called by our Lord through baptism are those who have been already chosen by the Holy Spirit. They are those with apostolic authority who have led us rightly in the past and still yet lead us in faith... not by human heritage nor discernment… but by the grace of God. These are those who, when assuredly receiving such a divine call, boldly share the person of Jesus Christ.
Click To Visit Pastor Tom's Site
I contend that these are the “little children” of the early Church and its later gospel witnessing. They are persons not always recognized by the world around them. Often they have been selected by grace to lead even amid severe persecutions. Certainly, this is the message of blessed Mark... that they remain strong by the power of the Holy Spirit in receiving an inheritance from the original disciples and our predecessors in the faith.
Know this! By this example the Christian Church was eternally formed. We need to firmly grasp this lesson as we work together during these latter days. We need to hold firmly as Christians who are walking boldly into the future. Let us be so molded by the Holy Spirit in our witness and growth. Thanks be to God.

Please be invited to view our latest video concerning our ministry to those afflicted...

May Almighty God empower your ministry to others!