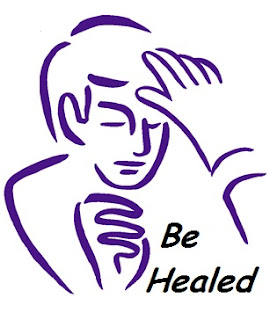 ON THIS Fifteenth Sunday after Pentecost, we hear the gospel concerning our Lord’s ministry. The Gospel According to Saint Mark relates that though Jesus did not come into the world specifically to offer physical healing, his ministry to we sinful human beings often includes a more wholistic concept of healing... far beyond what we can imagine. We read…

And from there he (Jesus) arose and went away to the region of Tyre and Sidon. And he entered a house, and would not have anyone know it; yet he could not be hid. But immediately a woman, whose little daughter was possessed by an unclean spirit, heard of him, and came and fell down at his feet.
Now the woman was a Greek, a Syrophoenician by birth. And she begged him to cast the demon out of her daughter. And he said to her, “Let the children first be fed, for it is not right to take the children’s bread and throw it to the dogs.”
But she answered him, “Yes, Lord; yet even the dogs under the table eat the children’s crumbs.”
And he said to her, “For this saying you may go your way; the demon has left your daughter.”
And she went home, and found the child lying in bed, and the demon gone.
Then he returned from the region of Tyre, and went through Sidon to the Sea of Galilee, through the region of the Decapolis. And they brought to him a man who was deaf and had an impediment in his speech; and they besought him to lay his hand upon him.
And taking him aside from the multitude privately, he put his fingers into his ears, and he spat and touched his tongue; and looking up to heaven, he sighed, and said to him, “Ephphatha,” that is, “Be opened.”
And his ears were opened, his tongue was released, and he spoke plainly. And he charged them to tell no one; but the more he charged them, the more zealously they proclaimed it. And they were astonished beyond measure, saying, “He has done all things well; he even makes the deaf hear and the mute speak.
(Mark 7:24-37)

Crossing Boundaries!
By writing of this occurrence, Mark challenged the early Church about boundaries… that they were not always geographical nor political, but religiously inscribed. He cited that Jesus went into a city that was not located in Israel seeking temporary solace from the burdens of his ministry. During his stay, he likely rested in the home of an Israelite who had invited him there. Though his retreat for rest was not advertised, news got out concerning his presence. The response Mark records was profound. He notes that even a woman who was not Jewish, applied to him on behalf of her daughter who was seriously ill.
For those who have participated in our Bible study here, you may remember that she previously gathered our attention because we encountered the same scene from the perspective of Matthew’s faith community. During that study, we noted…

“As known by many, the Syrian-Phoenician location and her Canaanite identity provide us with a double condemnation, at least for those in the infant church. Doubly undesirable was she to those living in the north near Antioch, for it was in that region that the woman’s identity brought the issue home.
We note that Jesus challenged the woman about her coming to him, by saying that he was sent to retrieve the “lost” ones of wandering Israel. She countered, saying that even the dogs eat of the crumbs that fall from the table. Many are confused here by the apparent callousness of the statement about Jesus singular task. But I consider that this discourse found its way into scripture, not for the sake of the woman who approached Jesus… but was meant as revelation to those Jews of the early church.”

Answering Faith!
Indeed the revealed Word came across clearly to those Jews who had worked incessantly, and rather sinfully… to keep a perceived stranglehold upon the healing love of God. The unbound recognition that God is God, and Jesus is God’s only begotten Son… and God reigns above all… came first from this foreign woman. She sought relief not for herself but petitioned for another. In the gospel of Mark, we note that she is the first person to properly call Jesus “Lord”. Therefore by the power of the loving Spirit, she properly saw what the misunderstanding disciples could not. Responding to the needs of another… regardless of her motivations she made a profound statement of faith. She believed that Jesus had the divine, eternal power to heal and could do so even remotely! As the Church, therefore, we might ask ourselves either corporately or personally whether we have the wisdom to express the same portion of faith. As crumbs that fall from the Lord’s table, like so… can we pray that we should be so blessed and great healing take place?
As a community of faith I also ask, “Are we not called by this revelation to grasp the meaning of the second portion of today’s lesson? Even remote from the scripture's original writing in geographic location and the bounds of time, are we not also healed… struck by the Holy Spirit to know the meaning of the later healing revealed. Jesus, in returning to public ministry, was immediately called by a man’s friends to heal a person born blind and mute.” I also might ask therefore, “Is this not a portrayal of the early Markan churches and the image of our own ecclesial course?” There are many in my own denomination that question, “Why does the Church yet grope in darkness while knowing the Way? Why do we stand as sounding unintelligible in the public square?”

Zealously Proclaim!
We find ourselves challenged by the Holy Spirit through this lesson, because of the reaction of the ones who witnessed the wondrous healing. It is we, those among the many who have read and heard this report, who are now challenged to zealously proclaim what we know. Rather than charged to keep the Messianic secret as Jesus had instructed unknowing disciples back then, we are called by that same Lord to proclaim the good news. We are to tell of the Lord's healings! Note that the author of Mark again and again identifies our Lord Jesus, and reverts us back to the earlier conversation of our Lord. Jesus announced without reservation before all the world, recording for all time concerning why he came into the world. He said:

Repent and Believe!
That word, "repent"... has great meaning for us. Whenever it is heard in the Church, that word stands as key. Let us repent (turn around and away from our sin), and face God. Let us ask to be forgiven for the sake of Jesus Christ and be empowered by that wondrous forgiveness. Let us realize that God's healing Word is not captive to any shores of geography, rigors of human tradition, or even religious zealotry… but may be preached to the sinful across the far expanses of a creation so great that boundaries cannot be grasped or conquered by our imaginations.
Stop in at Pastor's Blog
Indeed, our Lord can and will reach out far to heal those whom he chooses. Thankfully, he opens the eyes of those of us who remain blind and loosens the bound tongues of those of us who should speak the gospel. Let us therefore repent, believe and pray… and appropriate the miracles of healing love.

For evangelical purposes, we offer...
Opened By The Word!
Posted by TeeJay at 6:23 PM