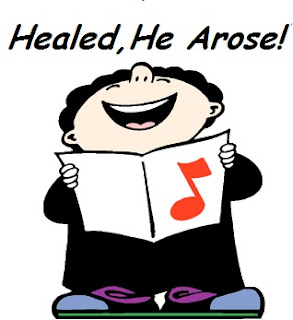 ON THIS Sixteenth Sunday after Pentecost, we once again find difference amongst the lectionary gospel readings. Some follow a schedule that offers the scene in the Gospel According to Saint Mark where Jesus tells the gathered disciples of his Passion prediction. If your readings schedule follows as such, you may find that gospel discussion by clicking at:
Passion Prediction
Today however, having previously focused our attention recently on a healing done by our Lord, we continue that theme with Mark’s later gospel account of Jesus healing a boy possessed with an epileptic spirit. We thus read…

And when they (Jesus, Peter, James and John) came to the disciples, they saw a great crowd about them, and scribes arguing with them. And immediately all the crowd, when they saw him (Jesus), were greatly amazed, and ran up to him and greeted him. And he asked them, “What are you discussing with them?”
And one of the crowd answered him, “Teacher, I brought my son to you, for he has a dumb spirit; and wherever it seizes him, it dashes him down; and he foams and grinds his teeth and becomes rigid; and I asked your disciples to cast it out, and they were not able.”
And he answered them, “O faithless generation, how long am I to be with you? How long am I to bear with you? Bring him to me.”
And they brought the boy to him; and when the spirit saw him, immediately it convulsed the boy, and he fell on the ground and rolled about, foaming at the mouth. And Jesus asked his father, “How long has he had this?”
And he said, “From childhood. And it has often cast him into the fire and into the water, to destroy him; but if you can do anything, have pity on us and help us.”
And Jesus said to him, “If you can! All things are possible to him who believes.”
Immediately the father of the child cried out and said, “I believe; help my unbelief!”
And when Jesus saw that a crowd came running together, he rebuked the unclean spirit, saying to it, “You dumb and deaf spirit, I command you, come out of him, and never enter him again.” And after crying out and convulsing him terribly, it came out, and the boy was like a corpse; so that most of them said, “He is dead.”
But Jesus took him by the hand and lifted him up, and he arose.
And when he had entered the house, his disciples asked him privately, “Why could we not cast it out?” And he said to them, “This kind cannot be driven out by anything but prayer.”  (Mark 9:14-29)

Earthly Troubles…
The reading we offer here tells of our human inability to dispel mysterious manifestations which encroach upon our Church lives. While I believe that the occasion is historically authentic, like many events that are recorded in the earliest gospel produced by the Church, here we also find ongoing faith lessons for our own lives.
Thus in this text, we first note a similar pattern to the flow in the Old Testament story of Moses coming down from Mount Sinai. In the prophet's possession were stone tablets containing the Ten Commandments. When he arrived at the base of the mountain, Moses found the people had strayed from proper worship,
In like manner, Jesus is described as having returned from the Mount of Transfiguration to also find that trouble had erupted. The disciples were being verbally assaulted by the Jewish authorities and the crowd. The followers of Jesus were hard pressed by their inability to drive out a demonic condition. We therefore read in this account of how Jesus, once having been recognized by all, chided both the disciples and the boy’s father for their collective lack of faith.
As the account progresses, after a faith statement was made by the father, Jesus subsequently drove out the demon from the boy. Amid the story, however, in the dust raised prior to that healing... we note several elements used by Mark. These items set his readers up for what would come after his telling of the Passion and Resurrection of our Lord.
First notice here that the young man was said to have thrown himself into fire and water. For a people who had heard this text from Mark, after the fiery wonders that were exhibited on the Day of Pentecost, these two symbols possessed great meaning. In the story the elements had been described as destructive; but the early Church knew by the date of Mark’s writing that they were not always as such. These were miraculously changed. They had been made as elements of salvation.
Accordingly, the boy convulsed in a way that described the persecuted early Christian Church. They who had been tormented and assaulted by demons could stand though convulsed free by the fiery power of the Holy Spirit… and were drowned by that same Spirit in the waters of the baptismal font.
You see, like the young child who was seen as dead, and was then raised... so the persecuted Church was seen to revive. They, like the boy by the power of Christ our Lord, historically had arisen as healed.
In the text we thus encounter the central declarative that “All things are possible to him that believes.” These are words of condemnation and deliverance... in that the sinful disciples had not sufficient faith to heal unto salvation. The gospel therefore relates to us that in Christ all things are possible. Pointedly, as told in Mark, the disciples had not yet seen the empty tomb. They were thus unable to understand the miracle of the Resurrection. They had not yet received the gift of the Spirit at Pentecost and been granted faith as related in the book of Acts. The hearers of Gospel of Mark, however, knew of these instances. 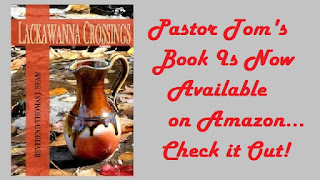 Heavenly Response…
In response to the disciples' confusion, Jesus told them that this ability to heal only comes to us with prayer. The prayer needed, however, is demonstrated to be far beyond mere human ability. Only prayers offered in the Spirit, and answered by the Spirit… are those with the power that can drive out such as strong demonic possessions.
We take from this the qualification that any hope for a successful healing of illness within a person or community of faith... one that show signs of fitfulness and confused behavior… lies solely with God and can only come from God. Healing power that endures is made available to us by the exercise of fervent and perfect prayer! Prayer of this sort can only be done through the Holy Spirit, which is the Spirit of Christ sent into the world.
This message concerning our prayer life is central for the Church. During the time that Jesus had been to the Mount of Transfiguration, the disciples doing human works in the world had not demonstrated lives that were focused in faith upon our Lord. Thus their ministry became an ineffectual, spasmodic human reaction to evils in the world. They offered temporary relief at best.
The telling by Mark was the sputtering witness that existed in the early Church under persecutions. Consequently, today we of the Church are called now to focus not on the heat of the fire nor the overwhelming of seas that would seemingly overwhelm… but rather we are to gather and recall the miraculous events that occurred through the flames of Pentecost and the waters of Holy Baptism. Through these miraculous faith-filled events, salvation was communicated to the crowds that gathered. This is the clarity of mind that was given to the early Church through these words of Mark.
Therefore, let us hold to the knowledge that we in the Church today often toss about just as the epileptic child. We fail to grasp the meaning of what is accomplished by our Lord because we too often just look for temporary cures outside of his Word.
Click Here To Visit Pastor Tom's Web Site
Remember! We are now those who are instructed to stand after being near death. We are told to rise once again by the power of the Sacrament of Holy Baptism, done once and for all time by God for us... each to be empowered by the Holy Spirit working in our lives. Using that divine power, we are called to go forward collectively and individually in ministry with a renewed purpose.
Having been healed in such a wonderful and graceful manner, we in the church are to go joyfully in peace from the altar of Almighty God... out into the world... healed from confusion... to praise and serve the Lord!
Please be invited to view our video...
Divine Healing Request