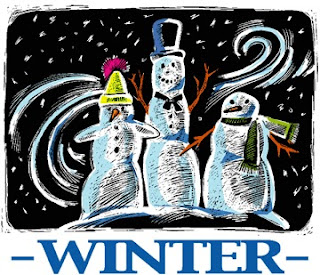 OUR GOSPEL reading for the Second Sunday of Advent is found in the writings of Saint Matthew. Within this text, we hear of deliverance preparations made by God and announced through his prophetic servant, John the Baptist,,,

In those days came John the Baptist, preaching in the wilderness of Judea, "Repent, for the kingdom of heaven is at hand." For this is he who was spoken of by the prophet Isaiah when he said, "The voice of one crying in the wilderness: Prepare the way of the Lord, make his paths straight."
Now John wore a garment of camel's hair, and a leather girdle around his waist; and his food was locusts and wild honey. Then went out to him Jerusalem and all Judea and all the region about the Jordan, and they were baptized by him in the river Jordan, confessing their sins.
But when he saw many of the Pharisees and Sadducees coming for baptism, he said to them, "You brood of vipers! Who warned you to flee from the wrath to come? Bear fruit that befits repentance, and do not presume to say to yourselves, 'We have Abraham as our father'; for I tell you, God is able from these stones to raise up children to Abraham.
Even now the axe is laid to the root of the trees; every tree therefore that does not bear good fruit is cut down and thrown into the fire. I baptize you with water for repentance, but he who is coming after me is mightier than I, whose sandals I am not worthy to carry; he will baptize you with the Holy Spirit and with fire. His winnowing fork is in his hand, and he will clear his threshing floor and gather his wheat into the granary, but the chaff he will burn with unquenchable fire."  (Matthew 3:1-12)

Repentance and Hope
The scribes of this gospel, like those similar counterparts that we may find in Luke’s community, began to further fill out and emphasize the prophetic message of John. John the Baptizer, though having his own band of followers, pointed beyond himself to Jesus. His message described Jesus’ mission in the world. Both of those early Church communities further developed this mission as they wrote during the latter decades of the first century. Using additional information available, they subsequently began to flesh out the somewhat barren descriptive portrait of John found in Mark.
At first, in this reading, John retains the “wilderness” character that Mark had heralded as a sign his prophetic station. Mark had given an initial word portrait of a rather boisterous man who ate the earthen fare of locusts and wild honey, which were staples in the diet of the rural poor. The image passed to the reader is of the bitter and the sweet of God’s Word. As readers today, we are thus staged alongside those who wrote this later great witness. From John’s words come the bitter taste of sin that rolls sour to many persons through his call to repentance. In particular it puckers the face of the comfortable, while comforting those who bow low.
“Brood of Vipers!” comes out boldly amid the heated discourse, gleaned likely from the common “Q” or “quelle” source. Therefore both Matthew and Luke’s churches show evidence that they contained both Pharisees and Sadduccees, either of whom would likely be afflicted by the harsh words spoken.
You see, adherents of these castes tightly clung to their religious heritage. For example, the Pharisees pointed for their justification in that they had worked diligently in forming and adhering to the “Law”. In that way, they were rightfully living the good life. These claimed tribal purity, in that they had grasped tightly to austere lives as expressed in the historical five books of Moses.


John rightly pointed to both Pharisees and Sadduccees and the failures of either party to completely adhere to the divine Law. “Repent” declared John. He said to “turn around and bow low” before our Creator... and you shall be delivered. He called them to abandon any claims of genealogical and historical justification… or tout salvation to be found in their family trees... for those had not borne good fruit.
John stated pointedly that while he was baptizing, he was only cleaning them up to restore in them an attitude of servant recipiency… rather than embracing their deservedness. Only a lowly servant, a servant bearing the “good fruit” of repentance would be one who receives the fullness of God’s love.

Hope through Christ
Possibly to dissuade any thoughts for his own followers to make too much of him, John is recorded as pointing them all to the greater Prophet, Priest and King. Therefore, his words ring out to us across the centuries through these words of scripture. Of Jesus, the one true Messiah, John said…

“… he will baptize you with the Holy Spirit and with fire. His winnowing fork is in his hand, and he will clear his threshing floor and gather his wheat into the granary, but the chaff he will burn with unquenchable fire."

In this way John made it very, very clear that cleansing fire is in our forecast. We shall all endure heat treatment! Does this statement issue a prophetic statement that some shall be spared the heat of condemnation? I think not. All persons... "all" shall be burned with recognition of their sinfulness, but those lowly servants who are repentant shall be rescued from the fire even though undeserving.
Now, most certainly… some persons shall accept only surface hardening. Others will be tempered to the core. The wild lowly who eat of locust and honey shall be gathered by the Holy Spirit and have the fire of faith. These I think are surely a reflection of Matthew and Luke’s churches in their own day, who looked back upon the past time of Pentecost.
Subsequently, the unfolding history of the time revealed to them was that not all persons shall bear fruit, and not all shall survive the refining fire of our God. As we approach the celebration of our Lord’s Nativity we are thus reminded of persons in our midst who are yet trying to establish themselves... for either this life or the next... through their own works. We are blatantly warned by John’s words of the futility in using such for our salvation.
We need to remember today and forevermore that he said all shall be burned! Yet some are chosen to be tempered rightly by the saving strength of the Holy Spirit poured out upon them. Others will be only case-hardened for the moment. and some shall be brittle, to be consumed by human foolishness and frailty.

Consequently, we hear these warning words of John, a mountainous man whose call reached across the centuries to we who may easily become lost in today’s wilderness. We must be the hearing Church adhering to a rightful interpretation of the scriptures, in order to stand with burnished toughness. John told us all plainly, warning us somewhat uncomfortably. God approaches… so hear the call to repent, and be ready to hear the good news of forgiveness.

May The Spirit of God guide your path in the days ahead.