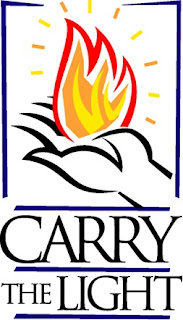 OUR READING for the Third Sunday of Advent comes from the writings we find in the Gospel According to Saint Matthew. In this lesson we learn the answer that was given to those who wished to know the true identity of Jesus. They asked about whether he was the one who would deliver us in spite of our attempts at self-justifying deeds and signs.

Now when John heard in prison about the deeds of the Christ, he sent word by his disciples and said to him, "Are you he who is to come, or shall we look for another?"
And Jesus answered them, "Go and tell John what you hear and see: the blind receive their sight and the lame walk, lepers are cleansed and the deaf hear, and the dead are raised up, and the poor have good news preached to them. And blessed is he who takes no offense at me."
As they went away, Jesus began to speak to the crowds concerning John: "What did you go out into the wilderness to behold? A reed shaken by the wind?
Why then did you go out? To see a man clothed in soft raiment? Behold, those who wear soft raiment are in kings' houses.
Why then did you go out…? To see a prophet?
Yes, I tell you, and more than a prophet. This is he of whom it is written, 'Behold, I send my messenger before thy face, who shall prepare thy way before thee.'  Truly, I say to you, among those born of women there has risen no one greater than John the Baptist; yet he who is least in the kingdom of heaven is greater than he.  (Matthew 11:4-10)

Second Guessing?
As imprisoned sinners, we today rightly grasp the concerns of John. While languishing in a prison according to the pleasure of political world powers, he seemed to wonder whether his predictions were proven correct? Was he prophetically right about the identity of the Christ?
You see, John had accepted... and seemingly relished... the task of confronting worldly powers. In scriptural record we know that he took Herod’s family and the whole of Jewish society to task morally. Here we have read the account of how he suffered consequences for his words. Hard pressed by confining walls, it’s likely that he wondered, "Why, if Jesus is the Christ… does He not now take the reign of the kingdom from these false powers?” We wonder concerning that John may have considered his own condition. “Why does Jesus, the Messiah not deliver me? Have I been mistaken?"

John is prophetically revealed by our gospel writer as a man wanting not to be counted as forsaken by God. Some biblical scholars consider that John thus sent this inquiry to Jesus for his own reasons, and not so Jesus would be revealed. Certainly, experience teaches us that even when true faith exists, there may be a sinful mixture of unbelief. As both sinners and saints, our second thoughts often call us to question important truths whenever we live under pressure. Indeed, John may have considered whether he had done enough to earn eternal reward.
Did John’s work stop short? Our other biblical authorities contend that John sent his disciples to Christ not for his own benefit, but for their future in ministry. Many believe that he pointed them correctly beyond himself to Jesus, knowing that his own ministry was coming to an end.
In considering these possibilities, I offer that we may turn to the witness history of the Christian communities for answer. Both the Matthean church in Antioch and the Lukan church of Asia Minor include this text from a common source. In comparison, with only scant few phrases omitted in the Matthean text, we find that the account read in Luke has great similarities.
However, with due note we see that the telling of this scene was not found in the earlier written gospel of Mark. We may therefore wonder why this is so? Might we ask ourselves what relevance did this later account have for the established communities in the late first century? What relevance made them take up precious parchment space in the later penned documents?
I offer here that similar to the followers of John the Baptist, the penchant for taking repentance as a “work” or “merit” still crept into the communities of faith. If so, doing "good deeds" challenged that "faith alone" is needed for salvation. This undercurrent may have been problematic for the early community.
You see, in the early church at large, the theological “let’s do it!”currents of the Sadducees and the Pharisees were still obviously pressing hard upon the principles of free grace through Christ..
What Christ said in answer to John… and concerning John… was then not simply for the praise of John’s work. These words were included by the gospel writers for the believer's profit. Indeed, those who rely upon their works in the world shall be called to give an account. Though in the eyes of divine judgment, John was a surely self-denying man and an outstanding prophet. Multitudes were gathered by the ministry of John, and had became his disciples. But those in the early Church, and yet in our own communities, often find ourselves striving like John in hours of darkness. We wonder about our self-justification… needing to be right. We look to count our deeds. We may look out of our own imprisoned lives and burdens... and ask like John and his followers, “Have I done enough?’ We become afraid of hearing a negative response.

By Grace Alone…
To this plea of the imprisoned, Jesus gave everlasting answer to those who will hear. We are not stuck in the impossibilities of our prisons. We receive from Jesus the Christ, grace upon grace… though we have no rights to these benefits according to our works. We are given high standing in the heavenly kingdom even though found wanting. This grace was made possible by Christ’s coming into the world and his deeds upon the cross.
Thus in our sinfulness, the Church populace earns no rights, nor title to the kingdom. But forgiven for the sake of Christ, who is the perfect sacrifice of God, we have a sure and certain hope. Jesus gave answer to John and to us. Jesus provided us with prophetic signs. He told John that he came into this world providing sight for the blind, healing for the afflicted, hearing for the deaf, and eternal life for those who believe. This good news was declared to the disciples of John, to the churches of Matthew and Luke, and now also to us.
As for those of us who would erroneously lean on their works for a place in the kingdom of heaven, cast them aside and be glad. Jesus, the true Messiah, was revealed, We are told, “… blessed is he who takes no offense at me."
Consequently I say to you this day, "Accept the grace of salvation given through Christ our Lord, for it is to him that prophets like John pointed. Jesus was and is the Christ, born into this world for our salvation. In him alone do we find eternal peace with God."
Now the question may rise in your minds, “Should we cease works?” I say, “Heaven forbid!” Let us continue the work of John in doing the proclamation of God’s grace. During the approaching holiday season and beyond, let us know that we are called to continue the good works of both John and Jesus, thus doing greater things than John. Let us point beyond ourselves to Jesus Christ and live according to both Law and Gospel. In His Name let us heal the sick, feed the poor, baptize in the Spirit for cleansing and empowerment, and boldly preach this good news to all who want true freedom. 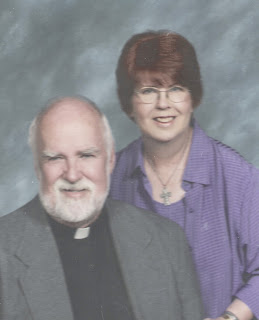 Lastly, we know that any true workman should share in the fruits of his hiring. If you agree with this statement, we boldly ask that you would donate to our evangelical efforts. To do so, click below and make a...