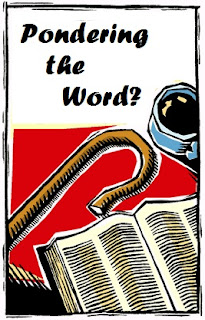 OUR READING for this Christmas Eve, often used for the day of Christmas as well, comes to us from the Gospel According to Saint Luke. Reading this text we see that the birth of Jesus is revealed as occurring within the realms of mighty men, but is an event that provided momentous predictions of peace for the lowly. An occasion to be pondered then… the scripture reads…

In those days a decree went out from Caesar Augustus that all the world should be enrolled. This was the first enrollment, when Quirinius was governor of Syria.
And all went to be enrolled, each to his own city. And Joseph also went up from Galilee, from the city of Nazareth, to Judea, to the city of David, which is called Bethlehem, because he was of the house and lineage of David, to be enrolled with Mary, his betrothed, who was with child. And while they were there, the time came for her to be delivered. And she gave birth to her first-born son and wrapped him in swaddling cloths, and laid him in a manger, because there was no place for them in the inn.
And in that region there were shepherds out in the field, keeping watch over their flock by night. And an angel of the Lord appeared to them, and the glory of the Lord shone around them, and they were filled with fear.
And the angel said to them, “Be not afraid; for behold, I bring you good news of a great joy which will come to all the people; for to you is born this day in the city of David a Savior, who is Christ the Lord. And this will be a sign for you: you will find a babe wrapped in swaddling cloths and lying in a manger.” And suddenly there was with the angel a multitude of the heavenly host praising God and saying, “Glory to God in the highest, and on earth peace among men with whom he is pleased!”
When the angels went away from them into heaven, the shepherds said to one another, “Let us go over to Bethlehem and see this thing that has happened, which the Lord has made known to us.”
And they went with haste, and found Mary and Joseph, and the babe lying in a manger. And when they saw it they made known the saying which had been told them concerning this child; and all who heard it wondered at what the shepherds told them. But Mary kept all these things, pondering them in her heart.  And the shepherds returned, glorifying and praising God for all they had heard and seen, as it had been told them. (Luke 2:1-21)

Wider World…
Our author of Luke related a history of miraculous birth to a wider world than his predecessors, or for that matter even his Matthean contemporary. Notably, as a dedicated historian, he dated the birth of Jesus with references made to a taxation decree of the Roman Emperor. He also cited Quirinius as a governor. Luke thus anchored his telling within a given historical timeframe. Though the exact day and year of our Lord’s birth has been disputed by biblical scholars, because of the historical reference to the rule of the governor and the season of shepherd activities… we find the aim of this writer was to inform not about the exact date of birth, but the text is about the heavenly signs that occurred. We note that in keeping with his suspected Greek heritage, Luke wrote accurately as an expression of faith. He told both familiar and unfamiliar persons about the divine identity of the Christ child.
Concerning this faithful telling of history then, we see that the good news we read here originally spoke to the knowledgeable diaspora Jews and Gentiles of that day... to reveal accurately what had happened. Thus by anchoring the time to the ruling figures, Luke invited his readers to compare between those prominent historical, political figures mentioned… and the person of Jesus, who was described as born the Messiah (Christ) of God.
Though the newborn child, revealed as King of kings… is not described by Luke as hunted by worldly powers, such as in Matthew… our author did set the stage for this Messianic claim. Luke clearly stated that this birth changed the course of history. There was an over-against-ness established. We know historically, from the Old Testament writings, God had previously acted to overturn powerful and sinful humanity. Read in example...
For I am the Lord your God, the Holy One of Israel, your Savior.  I give Egypt as your ransom, Ethiopia and Seba in exchange for you. Because you are precious in my eyes, and honored, and I love you, I give men in return for you, peoples in exchange for your life.
Fear not, for I am with you; I will bring your offspring from the east, and from the west I will gather you; I will say to the north, ‘Give up’, and to the south, ‘Do not withhold’; bring my sons from afar and my daughters from the end of the earth, everyone who is called by my name, whom I created for my glory, whom I formed and made.”  (Isaiah 43:3-7)

Consequently, from this text we clearly note that in the prophetic scriptures God worked in former days to demonstrate great power for salvation. In Luke’s telling, therefore, we see divine power working as promised demonstrated first by the declaration of angels. Beneath the very nose of the powerful Roman world, in what has been described as the "Pax Romana", the history of salvation was written. Prophetic fulfillment came to pass as a newly-married couple made their way to Bethlehem, where it had been long scripturally-established that the Messiah would be born.

Take note here that God even used the finite Roman law, which was firmly gripped in the male-dominated society... to fulfill the Law! It would seem that only Joseph was required by “decree” to go to Bethlehem. But for the sake of prophetic fulfillment, though having little or no status… and though very pregnant… Mary went with him to his home town. Thereby using human law, Jesus was born according to the prophetic texts. We need pay attention to such details. We note that Jesus was born as a ruler who would stand in divine Law by the love of God… above the laws of both Caesar and Quirinius and other dignitaries.
All this history occurred though Jesus was born in a place that was not in the highest prestige. Therefore Luke stressed that God stood the hierarchy of the world on its head. Though of divine and royal birth, Jesus was born into a lowly place. Born and placed in a feeding trough, the Christ child was given as the lowly One. Born to fulfill the Law of God, that condemns to death those who like ourselves transgress,, the innocent Christ child was born to fulfill the Law. He was the one who would awaken and rise to feed and save his followers… even unto our own day. As the psalmist wrote...

Then the Lord awoke as from sleep, like a strong man shouting because of wine. And he put his adversaries to rout; he put them to everlasting shame. (Psalm 78:65-67)

Like his ancestor, the shepherd king David… through the lineage of his earthly father Joseph, and the Oneness with his heavenly Father…. Jesus would rightly shepherd his people. The lowly shepherds often shunned by society as smelly wastrels, were yet responsible for keeping the safety of temple’s sacrificial sheep in the Migdal Eder (watchtower of Jerusalem). These lowly outcasts were subsequently caused first to see and hear the good news! They were the first brought to witness the manger scene as the throne of the sacrificial Lamb. They first saw the Christ child who would make strong men weep over holy wine poured out and his body sacrificially-given.
We note today that Luke related this as a scene occurring during the watch of night... a time of great sin and foreboding. Therefore in the dark and dreary way, both the shepherds and the subsequent reading audience now have heard Luke’s telling of this Good News. Luke boldly told the early church of the first century… a persecuted and lowly people… of the angelic choir’s singing. That choir was described as heralding of the glory of God and the peace which is made certain through Jesus Christ. The announcement was therefore extended to all of the known world of Luke’s day. This is the miraculous message that yet echoes even for us today... because we receive the same revelation. Such is the resounding power of the Word.

Glory to God!
Consider that amid nations and persons who thought themselves as powerful… working according to the Law that would establish them… are yet condemned as sinful humanity. In answer to this gift, demonic traps convict. Therefore, God provided his beloved Son as Savior for those who would believe. This news was so shocking to both Jews and Gentiles that Luke described blessed Mary as pondering the great news silently in her heart. So too we are to ponder such things… consider them deeply… then rejoice!
Indeed! We are to consider that this Jesus, who is historically the King of kings and Lord of lords, was and yet is God’s salvation born into this world. Through him and only him, born into a crude grotto, there is peace available between God and sinful humanity. So it is written by Luke, and so it is even unto this wondrous day.

Please be invited to view our MotorSage video for the holy time of Christmas...

May the Christ Child make you a willing servant in his kingdom!