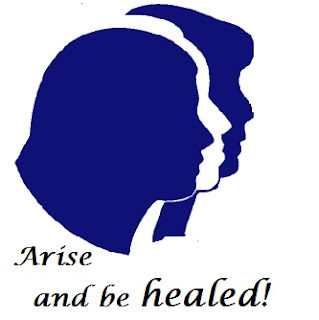 FOR THE Sixth Sunday after Pentecost, we hear a story of two healings, sequentially told from the Gospel According to Saint Mark. Constructed as a heavenly gospel sandwich offered, the  settings reveal the healing power of our Lord. We read…

And when Jesus had crossed again in the boat to the other side, a great crowd gathered about him; and he was beside the sea. Then came one of the rulers of the synagogue, Jairus by name; and seeing him, he fell at his feet, and besought him, saying, “My little daughter is at the point of death. Come and lay your hands on her, so that she may be made well, and live.” And he went with him.
And a great crowd followed him and thronged about him. And there was a woman who had had a flow of blood for twelve years, and who had suffered much under many physicians, and had spent all that she had, and was no better but rather grew worse. She had heard the reports about Jesus, and came up behind him in the crowd and touched his garment. For she said, “If I touch even his garments, I shall be made well.” And immediately the hemorrhage ceased; and she felt in her body that she was healed of her disease. And Jesus, perceiving in himself that power had gone forth from him, immediately turned about in the crowd, and said, “Who touched my garments?” And his disciples said to him, “You see the crowd pressing around you, and yet you say, ‘Who touched me?’” And he looked around to see who had done it. But the woman, knowing what had been done to her, came in fear and trembling and fell down before him, and told him the whole truth. And he said to her, “Daughter, your faith has made you well; go in peace, and be healed of your disease.”
While he was still speaking, there came from the ruler’s house some who said, “Your daughter is dead. Why trouble the Teacher any further?” But ignoring what they said, Jesus said to the ruler of the synagogue, “Do not fear.., only believe.” And he allowed no one to follow him except Peter and James and John the brother of James. When they came to the house of the ruler of the synagogue, he saw a tumult, and people weeping and wailing loudly. And when he had entered, he said to them, “Why do you make a tumult and weep? The child is not dead but sleeping.” And they laughed at him. But he put them all outside, and took the child’s father and mother and those who were with him, and went in where the child was. Taking her by the hand he said to her, “Talitha cumi”; which means, “Little girl, I say to you, arise.” And immediately the girl got up and walked (she was twelve years of age), and they were immediately overcome with amazement. And he strictly charged them that no one should know this, and told them to give her something to eat.   (Mark 5:21-43)

Separate, but Together
Related to us from the earliest gospel comes this testimony concerning Jesus’ ability to heal. The richness of the written witness is profoundly provided in several ways. The first comes to us as the man named Jairus, a high official likely in the synagogue in Capernaum, approached our Lord. Added to the official’s witness were those in the crowd, who followed to see the importance of what would happen. They likely would also tell of the tumult caused and could relate concerning the occurrence for years afterward. Additional witness was provided by Peter, James and John. Each of them were disciples who could attest to the occasion. Lastly, the woman and the child who benefited from the miraculous events could speak out clearly concerning the healing power of Jesus Christ our Lord.
We previously read in Mark’s gospel that Jesus had demonstrated his power over the natural order. Our Lord had calmed the robust and dangerous waves of the sea that threatened the early church. Here... continuing his witness, the writer of the gospel now gives a double-barrel shot over the unbelieving reader’s head. He supplied the witnesses needed to authenticate the text for the reader, lining up a myriad of persons. I suggest this as the theme, because this is the first gospel writer to identify the synagogue leader by name. We see in the later gospels, in Matthew 9:12-26 and Luke 8:40-56, only in Luke was his name mentioned. Was this name initially written Mark and later echoed by Luke so that the personal remembrance of him could be recovered by the reader? Was this because he was a man who was widely known, highly respected and a credible witness? I think that this is quite possible. Certainly more so, the crowd saw the woman was healed even though she was previously unnoticed. She was disregarded before that time, shunned as it were because of her malady. Also, though the crowd was asked to remain outside when the child was healed, I feel certain that they also told others of the occurrence afterward. Although the privileged few were instructed to stay quiet about the healing, outside of the residence the Word did get out! The people who had thought the child was dead, miraculously saw that she was alive after Jesus arrived. Surely, we see that God knows our penchant for gossip. The Word got out! Additionally a feature that leaps to us from the page as we read, is that Jesus refers to both the woman and the little girl as a father would address children. After the woman, who having been afflicted some twelve years with her illness, revealed that she was the one who touched him, he addressed her as “daughter”. This statement of paternalism cannot be ignored, especially since the woman had to be at least as old as our Lord, or older. Was Jesus being portrayed by the author then as being the same as her eternal “heavenly” Father? The Ancient of Days? We should consider this carefully.
In the same way, our Lord’s command to "arise" was given to the young child. She was notably said to be twelve years of age (the same as the number of years the woman was afflicted). The number stands as commonality between the two, linking them in completeness of need. The woman was considered “untouchable”; whereas, the child was deemed incurable. Though called daughter by her earthly father, when the child was instructed to rise she was called by the term “little girl”. Is this a hint by the author provided by the power of the Holy Spirit, that was given to all readers? Is this a healing message being given both to elder synagogue communities... and the newly organized churches that sprang up miraculously from that historic group? We note to one our Lord said, "go in peace, and be healed"; whereas, to the other he said "arise".
In asking these questions, I say that we dare look between the lines of gospel writing that blessed has Mark laid down. Guided by the Holy Spirit, we might see a marvelous message. I consider that Mark, ministered through this writing to both hurting synagogues and persecuted church communities. They were each gathered a dozen years or so after the gospel message first rolled forth upon them. Thus the people portrayed may have been receiving the good news of healing certainty, and the communities beheld a graceful message. Surely the severe trials upon them all seemed to go on forever. Synagogues, house churches and individuals easily were regarded as being hurting “daughters” and “children”, to healed by our heavenly Father.

Linked by Faith
In this respect as well, any of our modern churches of today who have been “bleeding” membership for years... or those which lay helplessly feeling ill upon a bed... trapped by erroneous historical moorings... need to pay close attention to this lesson. If we recognize our part in the message, we may find that because of the eternal power of our Lord Jesus, by the love of the Father we too shall be healed.
In like manner, we need remember that the miracle of God's grace shall not be done because of our religious traditions nor heritage, assumed by such as the synagogue leader who was asking for the healing of his daughter. Nor will it occur just because we have long awaited relief… like the woman who was ill for what may have seemed like an eternity. Instead, divine healing relief shall come to the church of Jesus Christ and its members because of the faith that was first given freely to us by God. Remember! It was indeed faith that was first given through the Spirit that caused Jairus even to seek Jesus. It was also faith manifested in hope that first provided impetus for the hemorrhagic woman to seek our Lord.
Note carefully the sequence of events for the healed woman. In faith she sought our Lord and tried successfully to approach him. When questioned about her touching the approachable Son of God, in faith she confessed and was healed. Is this not our accepted pattern yet for the remission of sins? And after the child’s healing, in sequence our Lord told the parents of the child to keep (secure or hold onto) the “messianic secret”. Then they were to feed the child. The parents were told to feed the healed young woman to demonstrate that she was made well. She was proven as cured in the same way that the staff of a modern hospital will not discharge a person until the patient eats. Eat first; then you go home! So too, we are not proven to be well and able to go ahead to our eternal home until we eat of the fare which God has given. We are told to receive the gift of bread and wine containing the body and blood of our Lord in, with and under the elements of the holy meal. Through this gift of forgiveness and the meal prepared from the beginning of time, we are to know for sure that we are certainly healed.
This I consider to be the message of our gospel lesson. Through the gospel graciously written by blessed Mark, our Lord is thus revealed as God our healer… who came into our midst… and we are healed by his very presence. So it was, is, and always shall be.

We offer you a recent viewing opportunity...


May You Encounter God In The Divine Water, Meal and Word!