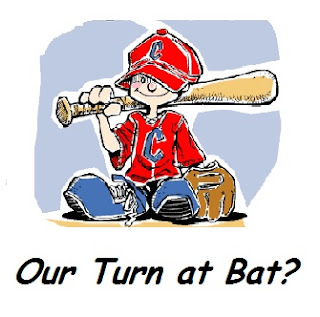 THE GOSPEL of Saint Mark contains our reading for the Seventh Sunday after Pentecost. Within this text, we hear that the works of Jesus and his disciples were affected by faith positions within those persons who were receiving the gospel message. Thus rejection or acceptance of the good news of the kingdom of God varied according to the Holy Spirit’s prompting. We read…

He (Jesus) went away from there and came to his own country; and his disciples followed him. And on the sabbath he began to teach in the synagogue; and many who heard him were astonished, saying, “Where did this man get all this? What is the wisdom given to him? What mighty works are wrought by his hands! Is not this the carpenter, the son of Mary and brother of James and Joses and Judas and Simon, and are not his sisters here with us?”
And they took offense at him. And Jesus said to them, “A prophet is not without honor, except in his own country, and among his own kin, and in his own house.” And he could do no mighty work there, except that he laid his hands upon a few sick people and healed them. And he marveled because of their unbelief.

And he went about among the villages teaching. And he called to him the twelve, and began to send them out two by two, and gave them authority over the unclean spirits. He charged them to take nothing for their journey except a staff; no bread, no bag, no money in their belts; but to wear sandals and not put on two tunics.
And he said to them, “Where you enter a house, stay there until you leave the place. And if any place will not receive you and they refuse to hear you, when you leave, shake off the dust that is on your feet for a testimony against them.”
So they went out and preached that men should repent. And they cast out many demons, and anointed with oil many that were sick and healed them.
(Mark 6:1-13)

Contempt and Rejection…
Our gospel writer related that out in the world, Jesus had already accomplished great works of mercy. In sequence within Mark, our Lord had demonstrated mastery over natural forces to calm both sea and the disciples, cured prolonged illnesses… and even cast away the power of death. However, within the realm of human interactions it seems that successful appropriation and understanding of those miraculous events, depended on the presence of faith within the persons who were healed or the ones they loved. Thus this lesson, told in Mark’s day, seemed quite anti-climactic as we read of events in his home town. The scene described shows that because Jesus had returned to his home village where he was raised… he could do little proclamation and healing there. Familiarity spawned rejection. He struck out and his ability to do wondrous deeds was thwarted because faith in his Messianic role was sparse. Very little miraculous ministry was manifested.
We must note as side mark here that Mark described our Lord as the “son of Mary”, and not as the “son of Joseph”. Mark deliberately portrayed Jesus as the human man, born of Mary. Indeed, this scene endorsed his identity as the “Son of Man”, for we see proof of his earthly family heritage.
I believe this heritage emphasis to be deliberately planned in the gospel writing. You see, in the time of taking pen to scroll, the text tended to cast away heretical thoughts. There had been speculation offered in the writer’s day, that Jesus was simply a god who came down from heaven just to bait people… only to go back up into the cloudy realms after the fishing was over. Contrary to that fantasy, Mark thus stated that Jesus was fully human!
However, we also have noted that Mark did not mention the presence of Joseph. Historically, this may be attributed to the fact that Joseph had probably died.  Yet, consider this as well. For Mark’s community in 65 A.D., it was made clear that the omission of Joseph gave high emphasis on Jesus' divine Messianic claim. Thus from that writing, by the Spirit’s power, we who read begin to get the message. The writer indicated to the early church that Jesus, as the son of Man, was and still is to be known as the only begotten Son of God.

Overcoming Unbelief!
In response to the lack of persons accepting him at home, Mark revealed that Jesus went out proclaiming to other villages. He sent out his twelve disciples. Our Lord commissioned those followers to attempt mighty works in his name (see also Matthew 10:1, 9-11 and 14 and Luke 9:1-6).
Sent by our Lord, the apostles went into surrounding towns. They were go in pairs without great preparation. By doing so, they were very much dependent on the Father’s ability to provide for their needs. The men were to preach, asking for sorrowful repentance, and then heal persons who were hurting. We remember here that this apostolic ministry mirrored what Jesus had previously accomplished on the other side of the Galilean sea. We also note from the other later gospel accounts that the mission of these disciples met with great success. They came back rejoicing!
We thus may ask ourselves at this point, “What does this mean for those of us today who walk as yet in the path of the disciples?” In answer, I offer that we first must consider that many persons find this sort of mission as challenging. We find it difficult to open up our deepest faith expression to strangers. However, we who now are the sent ones... are also asked to step forward in faith to do the task. We who are sinful, shy and resistant are called to prayerfully work in the same way the early church empowered by the Spirit of God worked. We are similar to those early finite and sinful believers who were empowered by the Spirit. They went out in the face of persecution to both witness about God's love and demand repentance.

Collectively we of the modern, yet ancient church must realize that we are also sent ones of God. Through such action on our part, though rejected by many… some persons be truly healed. Therefore know that we are called to join in mission with those who have gone before us. As they ministered at first to Israel, and then through the Word of God spoken and written to the Mediterranean world... we too are called to do the same today in our own time and place. As the Church formed by the Holy Spirit, we are to grasp no staff for protection from the beasts encountered on the road. Though high Church liturgical expressions have their place in worship, we need no grand articles of clothing aside from our baptismal cloak… to stand faithfully preaching in the public square.
Indeed, we are called to proclaim the gospel clearly in the everyday, working and striving world. If in this modern age of cell phones and computer communities, our witness is rejected… we are instructed not to linger and argue. We are called to move on, continuously witnessing to those whom God places before us and join with them in having a receiving heart. This is the primary task of the Church. We inherit this gift from the very first sending of the apostles. So let us prayerfully get on with it.

For your viewing and thought, we offer...


May The Path of Our Lord Rise to Meet You!