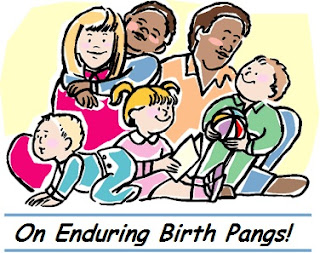 FOR THE Twenty-Fifth Sunday after Pentecost, we find from the Gospel According to Mark that Jesus stood amid a world of monuments affected by sin, and told his followers of the unfolding future.

And as he came out of the temple, one of his disciples said to him, “Look, Teacher, what wonderful stones and what wonderful buildings!”
And Jesus said to him, “Do you see these great buildings? There will not be left here one stone upon another, that will not be thrown down.”
And as he sat on the Mount of Olives opposite the temple, Peter and James and John and Andrew asked him privately, “Tell us, when will this be, and what will be the sign when these things are all to be accomplished?”
And Jesus began to say to them, “Take heed that no one leads you astray. Many will come in my name, saying, ‘I am he!’ and they will lead many astray. And when you hear of wars and rumors of wars, do not be alarmed; this must take place, but the end is not yet.  For nation will rise against nation, and kingdom against kingdom; there will be earthquakes in various places, there will be famines; this is but the beginning of the birth-pangs. (Mark 13:1-8)
Additionally, some Christian churches add...
“But take heed to yourselves; for they will deliver you up to councils; and you will be beaten in synagogues; and you will stand before governors and kings for my sake, to bear testimony before them. And the gospel must first be preached to all nations. And when they bring you to trial and deliver you up, do not be anxious beforehand what you are to say; but say whatever is given you in that hour, for it is not you who speak, but the Holy Spirit. And brother will deliver up brother to death, and the father his child, and children will rise against parents and have them put to death; and you will be hated by all for my name’s sake. But he who endures to the end will be saved.

Of Human Mortar
From Mark we read Jesus’ appraisal of the temple in Jerusalem. That edifice had been under construction for many years, for the project had begun during the reign of Herod the Great. This was the grand temple for which many persons, either rich and poor had given of their substance and treasure. Among the reasons for the building project, many authorities claimed it to be a sign of the economic restoration of Israel. So impressive was the structure that Jesus’ disciples marveled at the great work. To the leaders of both government and religious authorities, the temple seemed to indicate that Israel though a conquered province of Rome... had attained a rightful place in the political world.
Today we may consider that the temple was a wonder intended for world admiration. Jesus remarked, however, that before God… the days of its standing were not long. The remark that our Lord made comes to us as a portion of the longest teaching in Mark. Apparently the disciples’ comments triggered this long discourse. As a reality check it seems, our Lord was rather compelled by the sinful human pride expressed by his followers. He revealed the immediate and distant worldly future.
He took Peter, James and John aside in a scene reminiscent of the earlier Mount of Transfiguration record. However, here Jesus warned his disciples of the upcoming trials which would befall them. To illustrate the future for the nascent Church, he used the imagery of a female who was approaching birth.
Jesus first warned the disciples against those who would falsely lay Messianic claims. He then warned of wars that were already underway, and spoke of rumors of wars that were already in the process of forming. He told of great signs that would be fast upon the earth… earthquakes… famines… and pain. But these last, he continued… were but birth-pangs. The birth of the Church was at hand.
Church History and More!

In Heaven and Upon Earth…
For certain, during the immediate decades after the crucifixion and Resurrection of Jesus, we see that  Roman rulers came and went in rapid succession. During the harsh rules of Tiberias, Caligula, Claudius and Nero, the Church found difficulty. The Church born during the Jewish celebration of Pentecost became an infant often hunted, was spoken of as bastardized, and yet they babbled with the joyous  message given by the Holy Spirit. The Church spread from the cities of Antioch, Damascus, and Alexandria. The gospel also grew across Asia Minor to Rome… to even more sites across the far Roman Empire.
Indeed, the Church emerged as a growing entity that, though at first hidden in pain and struggling to worship in house churches, emerged to give clear voice. Alongside the letters of Saint Paul, Christians eventually learned to write down what they knew. Indeed, during the 6th decade of the first century… some thirty years after our Lord's crucifixion and Resurrection, this gospel reported in writing about the empty tomb. Subsequently, the scriptural Truth written gave hope in a world that was struggling painfully beneath oppressive structures of temples and sacrificial systems.
As the so-called “Golden Age of Rome" developed after the turn of the century, spiraling history forward as a time of relative peace, the infant Church became knit together by the power of the Holy Spirit. The people who for decades had carried the known name of “Christians”, became clad in more than swaddling clothes. They spread the gospel message far out into a hostile, but needy world.
As to this prophecy spoken by Jesus, we know that the Temple indeed fell… destroyed by the Romans. The Jews were scattered. They were not allowed to worship in Jerusalem even as the fortress at Masada was conquered in 70A.D.. Thus an earthquake in faith did swallow Israel’s worship of God as the land fell into a spiritual abyss. The events unfolded just as our Lord had predicted. But thanks be to God, amid the turmoil, the Church grew as guided by the Holy Spirit. As told in Mark and echoed in both Matthew and Luke… the first baby steps of our Christian faith expression matured into a more sure and durable faith walk.
We're In Delivery?
Consequently the early Church born from the tumultuous time after Pentecost, began to fulfill the task given by our Lord. After his arrest, crucifixion, and Resurrection… Jesus had instructed his infant Church about how to meet the daunting future. He instructed them to rightly use the spiritual stability that can never be aborted. He instructed us to be empowered by the Holy Spirit to go into all the world, as recorded by Matthew…

And Jesus came and said to them, “All authority in heaven and on earth has been given to me. Go therefore and make disciples of all nations, baptizing them in the name of the Father and of the Son and of the Holy Spirit, teaching them to observe all that I have commanded you; and lo, I am with you always, even to the close of the age.” (Matthew 28:18-20)

With this mandate, the early Church communities preached, taught, and endured the trials of the first century. As the Church gathered today, therefore, we are also called to feel these birth pangs as we minister to persons in this very age.
Click Here To Visit Pastor's Blog!
As we various Christian denominations fret and worry about the wars, rumors of wars, earthquakes and famines which would seem to surround, infect and empty our pews, folding up choir chairs and cribs as demons pursue in persecution of congregations across the globe, let us be reminded by the Holy Spirit once again. We need to view these times clearly as yet birth pangs. We are to rise up... and learn to walk farther in faith. Let the Spirit carry us forward… pushing us in labor to deliver the good news of God… even in these modern times.
Please be invited to watch this video offering...
May God Guide Your Witness!