Of Heaven and Earth! 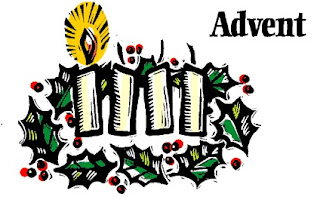 AS WE begin the new liturgical calendar year, a season of expectation begins. For the First Sunday of Advent we encounter a refrain read from the Gospel According to Saint Luke. The text speaks plainly concerning that which comes upon the Christian church working in the world…

“And there will be signs in sun and moon and stars, and upon the earth distress of nations in perplexity at the roaring of the sea and the waves, men fainting with fear and with foreboding of what is coming on the world; for the powers of the heavens will be shaken. And then they will see the Son of man coming in a cloud with power and great glory. Now when these things begin to take place, look up and raise your heads, because your redemption is drawing near.”
And he told them a parable: “Look at the fig tree, and all the trees; as soon as they come out in leaf, you see for yourselves and know that the summer is already near. So also, when you see these things taking place, you know that the kingdom of God is near.
Truly, I say to you, this generation will not pass away till all has taken place. Heaven and earth will pass away, but my words will not pass away.
But take heed to yourselves lest your hearts be weighed down with dissipation and drunkenness and cares of this life, and that day come upon you suddenly like a snare; for it will come upon all who dwell upon the face of the whole earth. But watch at all times, praying that you may have strength to escape all these things that will take place, and to stand before the Son of man.” (Luke 21:25-36)

Heaven and Earth?
Our text we read from Luke was echoed into this gospel from Mark 13:3-37 (likely written c.65-70A.D.). The words radiated from Luke across the Roman Empire during the same decades as its contemporary reading Matthew 24:4-36 (c.85-90A.D.)  Now we need more fully to comprehend this prophetic text given to the early Church, so we may yet derive direction for our own day.
Let me offer that we first must note that our lesson is a historical word picture painted. The word picture comes as illustrated directly by our Lord. The portrait was about the desolation to be immediately expected… and the eventual, and ultimate delivery of the Christian people. The Church would be founded by the Holy Spirit and include all who are subsequently baptized and live in faith. Therefore since the lesson includes those of us living today, the text rightly needs be clearly understood by us, beginning from the prediction that Jesus gave to the apostles.
The initial discussion began as the young rabbi taught his disciples while sitting across a valley from the temple in Jerusalem. He told them that the time was soon coming upon them when one magnificent stone of the temple would not be sitting on top of another. We believe that these words came to us  either as oral tradition, or from a pre-Markan writing directly from the apostles. We know that Mark’s more concise gospel is thought by many as written shortly after the desolation of the temple in Jerusalem by the Romans.
Mark earlier related that our Lord had indeed predicted that destructive event when Jesus sat with his disciples on the Mount of Olives. Jesus also forecast, as told both in Mark and Luke’s gospels… that the disciples who were not yet the Church when hearing the message, would receive persecutions and be beaten. They would be ridiculed concerning him.
Our Lord taught that when they saw the desolation of that great temple, great trouble would be rapid in coming upon them all. The Christians living at that later time in the Roman Empire, would even be blamed for its destruction. As described, students of the Jewish prophets were keenly aware that this mirrored events prophetically spoken about from centuries before. (reference, see Isaiah 13:10) The text written here in Luke thus echoed the warning first given by Jesus to the disciples and the earlier readers of Mark.
The readers living in the latter days of the first century, were immersed in times of actual foreboding for the Church. For Luke's churches, the temple had already been plundered and destroyed. The desolation of Jewish symbols is a historical fact. Because of the occurrences, however, possibly to steer hostilities away... the Jews had become very hostile toward Christians. They used the latter as political scapegoats, turning them in as hostile to the Roman authorities. Therefore, tumultuous, confusing events of the day certainly made it seem to the Christians that the sun and moon no longer showed the Church the way to safely navigate into the future.
However, Jesus had also told them to realize that astrological signs were not to be trusted . The sun, moon, and stars and planets would not guide the steps of those who were supposed to be soothsayers and prophets. The people of God traveled though darkness and tumult. More so, the stars we might guess metaphorically described many superstar leaders of the Judaic religion, ones who had seemed so solidly fixed in the heavenly realms. They had most certainly fallen. The synagogues were therefore considered as immersed in darkness and blind since candles of altars in Jerusalem were extinguished by the Romans.
Note especially here what our Lord told us. Jesus predicted that heaven and earth would pass away, but his words would not. We examine this radical statement and find the Truth. For each of his disciples then living, the heavens and earth did pass away for them as each died. The Church thus in the time of Luke approached the new, second century facing persecutions and hard ground without the leadership of those apostles. But offsetting the losses, the promise of Jesus' presence was yet upon them. He had said that his words would not pass away. In fact, as proof I offer that you read them yet today.

Keep Awake!
Miraculously, a brightness was beginning to shine forth even before the gospels were written. I consider that Luke’s community was truly realizing the full gift of the Holy Spirit, the Spirit of the Father and the Son working amongst them. Through this revelation given in the written Word they realized that the Son of Man who had described the turmoil was still with them. As the Spirit guided the writings of Paul, Mark, Luke, Matthew, John, Clement and others, the Church came to know that they were not abandoned. Jesus Christ was coming again.
Take note here! The disciples, the later church of Mark, and eventually Luke’s readers… were told in simple agricultural analogy that these things would unfold as predicted. Jesus had instructed that the divinely-directed progression would occur until the saving gospel went out in all directions. The example of the fig tree taught us that from the first speaking by our Lord on the Mount of Olives, rooted events were already unfolding. His followers certainly knew by the time of the writing of Mark that they were to do exactly as instructed. They were to “watch” in an active way. Consequently, anticipating the end times, they watched... and they preached. The Lord said that “this generation shall not pass away” until they saw the desolation described.
As told to them, the prophetic words were true. Out of those dark hues and colors painted by our Lord’s words… out of the ashes of dispersed Judaism… the eternal Christian Church arose. And even now, repeatedly as these years pass, through the scriptures rightly interpreted the Church is told to actively watch. Therefore I believe that we are still in the growth stage, called to watch as more Christians appear… rising up as baptized people in nations around the earth. I offer to you that the fig tree still springs forth and is flowering.
Those who watched faithfully in the days of both Mark’s writing... and Luke’s writing... saw just the beginnings of what would come to be. Through these words from these two diverse faith communities, though writing some 20 years apart in time, we know that this lesson echoed forward even to our own day. As sinful people saved only by grace through faith given in Christ Jesus, neither our predecessors nor we have even yet come close to seeing the marvelous fullness of the kingdom.
Read Pastor's Web Pages!
Each new day for the Church in this sinful and dirty earth, while we now plant a new liturgical year of the Church at Advent, congregations receive newness as the gospel is proclaimed. As a pastor I say to you… watch actively… work out your future in faith! Proclaim the scriptures in both Law and Gospel knowing that our Lord shall come again. When the end does comes to us in finality we shall stand together with those who have gone before us. We most certainly together shall see our loving God as he is… as truly revealed in Christ Jesus, our Lord.
Please be invited to view this personal video...
May the Advent Season Foretell Bright Days Ahead!