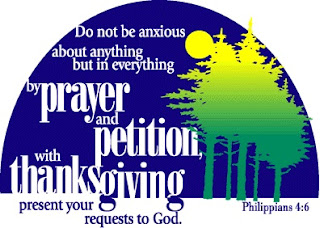 FOR THIS Christ the King Sunday we hear from the Gospel According to Saint John. Within this text set aside for our celebration, we encounter the conversation between Pilate as a ruler of this world, and Jesus, the One appointed by God as the divine King of Creation.

Pilate entered the praetorium again and called Jesus, and said to him, “Are you the King of the Jews?”
Jesus answered, “Do you say this of your own accord, or did others say it to you about me?”
Pilate answered, “Am I a Jew? Your own nation and the chief priests have handed you over to me; what have you done?”
Jesus answered, “My kingship is not of this world; if my kingship were of this world, my servants would fight, that I might not be handed over to the Jews; but my kingship is not from the world.”
Pilate said to him, “So you are a king?”
Jesus answered, “You say that I am a king. For this I was born, and for this I have come into the world, to bear witness to the truth. Everyone who is of the truth hears my voice.” (John 18:33-38)

By What Authority?
As John had related previously in this gospel, a writing which many authorities believe was created on, or shortly after the turn of the first century, we find that Jesus had been recently arrested. The temple guards brought him in bondage before the Sanhedrin, the Jewish temple high court… to be questioned by the chief priests. There in the temple our Lord did not fare well… for after questioning Jesus about false evidence and charges, the Chief Priest tore his robe in disgust. The leader called Jesus a blasphemer. He called him a liar before God. The priest had declared loudly that Jesus’ punishment should be death. With that statement, the trouble became complex. They were admonished by the jurisdiction of Rome that the Jewish court did not have the authority to carry out the death penalty. Thus the Sanhedrin was forced by their meager authority to take Jesus to the Romans. Hence Jesus was brought before Pilate. It was thought by the Jews that if the Romans would crucify Jesus, crucifixion being a favorite and very public way of heavy-handed death… then the public would not blame the Sanhedrin for the occurrence.
That other persons were in attendance when Pontius Pilate and Jesus spoke was witnessed rests simply in that we have this detailed conversation in John, which is an expansion of the same conversational scene found in Luke 23:1-5. Truly knowing then the background of this occasion and the verifiable scene, we can now derive several lessons from this gospel record.
First, note that we hear evidence concerning the inability of the Jews to prosecute our Lord. While over the flow of history there have been many who have blamed the Jews exclusively for Jesus’ death, we see that they cannot be given the whole credit or blame. In the typical dramatic fashion of the Johannine writer, the power struggle of Jews over against Rome set the stage for our Lord’s commentary about divine authority and his death. Jesus’ words would radiate forth in the triumvirate power struggle between the Sanhedrin, Herod, and Rome
Secondly, if we follow the text closely here, we see that Pilate tried to ferret out the cause of the temple unrest. Who was to blame for the civil unrest during Passover, a time considered holy by the Jews? As one certified by Caesar to keep the peace in Israel, the consul sought to quell any disturbances. He asked whether the dispute was because Jesus claimed to be “King of the Jews”. However, Jesus answered his question by not by giving him an answer, but  rather wisely asking Pilate a question… thereby challenging the leader’s civil authority in their conversation.

Say What?
Caught quite off guard by Jesus’ inquiry, though we cannot hear the tone of Pilate’s voice... it seems that he became a little defensive. He countered the question by saying that he was not a Jew, and stated the obvious… that the Jews had legally passed the baton and turned Jesus over to him, While Pilate could have been either bothered or pleased by the responsibility passed to him, the case has been made that ultimately he knew that he was responsible before Caesar for his own actions in the matter. As recorded here, at this point in the conversational confrontation between the two men, a dialectic emerged concerning sinful humans that seek to maintain control, pitted over against the heavenly gift of human freedom given to us by divine grace.
Think of it! Jesus stood before the foremost world power of that day and said that although he is a king, his kingdom is not of this world. As proof offered, our Lord stated that since there was no uprising in his behalf at the time, either popularly or militarily… no evidence existed that he was an earthly challenge to either Jews or Romans. May we consider this bold statement recorded in John’s gospel was a method for the early church to calm suspicious Roman powers about Christians, those who were alive and peaceful during the first decades of the second century? Possible so.
Consider this! With this statement spoken by Jesus, Pilate drove for clarity… “So you are a king?” Jesus responded to this last question by making a statement which is both question and fact, by stating that through both the jealousy of the Jewish authorities and guarded nature of the Roman powers... by default they had already recognized his kingship. But then our Lord further explained that his purpose was not to exercise earthly power, but to reveal heavenly grace.
Therefore, we see that Jesus would not be trapped by the falsity of human claims. They could not have the ultimate power over life and death. Jesus revealed not just relative and temporal human truth, but indeed showed us absolute Truth. It is by accepting this last statement that we of the church must bow down before the throne of the Almighty. By his being revealed as absolute Truth, we have come to know that Jesus is the Christ, the One who was, is, and is yet to come… the once-for-all-time manifestation of God to the world.
What then can we derive from this? I say that for those living today who stand shocked as modern kingdoms are shaken because of violent extremism, we can hear this as calming good news. You see, as temporal earthly rulers contend in the temporal powers of both church and state, towers fall and courtyards crumble… but we find ourselves comforted by the Holy Spirit. Through the Spirit revealing, God’s beloved Son is shown both here and in the writings of other gospel authors. All of this is told within scripture rightly interpreted. We are brought to believe that God has sent his Holy One amongst us. The good news of the gospel then… is that Jesus is the absolute Truth. Through his Spirit working through the church he gives us saving faith. This Jesus, the man who was rejected by the religious and political authorities of his day, was crucified, killed and buried and then rose again. He now sits as King and Priest at the right hand of God the Father Almighty. Revealed as fully human and fully divine; therefore, we shall see him surely and most certainly as he is… the King of all creation.