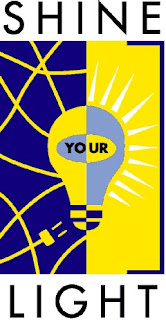 THE WORD of God spoken in many churches for the Fifth Sunday after Epiphany, comes to us from the Gospel According to Saint Matthew. This normative text taught by our Lord tells us of our called purpose, warns us about dismissing God’s mandates as unimportant… and relates to us our personal responsibilities as evangelical citizens of the kingdom.

"You are the salt of the earth; but if salt has lost its taste, how shall its saltiness be restored? It is no longer good for anything except to be thrown out and trodden under foot by men.
You are the light of the world. A city set on a hill cannot be hid. Nor do men light a lamp and put it under a bushel, but on a stand, and it gives light to all in the house. Let your light so shine before men, that they may see your good works and give glory to your Father who is in heaven.
Think not that I have come to abolish the law and the prophets; I have come not to abolish them but to fulfill them. For truly, I say to you, till heaven and earth pass away, not an iota, not a dot, will pass from the law until all is accomplished. Whoever then relaxes one of the least of these commandments and teaches men so, shall be called least in the kingdom of heaven; but he who does them and teaches them shall be called great in the kingdom of heaven.
For I tell you, unless your righteousness exceeds that of the scribes and Pharisees, you will never enter the kingdom of heaven.”  (Matthew 5:13-20)


Grit or Grits?
Mixing salt into the textual pot here, the author of Matthew drew much from the earlier written source material in Mark. Like making grits from a recipe supplied by a loving grandmother, Matthew received Mark and made editorial adjustments to fit the needed diet of the particular community being addressed. Matthew followed to some degree, the recipe used by its contemporary Lukan counterpart… in that both authors did some editorial flavoring. The changing emergence of the Christian church during the scant decades between the writings of Mark and the later gospels can account for these subtle changes.
As example, we note that Mark related the character of a person who should maintain the pure salted taste of the chief cook.., the Father... who has created all things. Mark closely follows the analogy with a warning…

The text of Mark gave commentary from Jesus about others who were reportedly working beyond the immediacy of the disciples, but were doing good works in the name of Christ Jesus. They were proclaiming the good news about the Messiah. Therefore Mark used the text to highlight the misguided bent toward jealousy. Mark thus related how Jesus did not approve of such attitudes.
However, when we examine this text brought forward in both Matthew and Lukan narratives, the teaching coming from our Lord certainly remained the same in meaning.., but its application changed.

Taste and See….
For example, our Matthean text was written and spoken to persons removed in geography and time from Mark, and shined great brightness on the evangelical task. Thus though the text remained the same, the evangelical emphasis arose higher some twenty years after the original publishing. Therefore the text possessed this additional, spiritually normative quality for Matthew’s particular Christian community. In this, the Word which is the Christ of God, spoke subtly concerning their particular church situation. Note that the text relates that the salt, losing the taste, is thrown out and is “trodden underfoot.”

May we rightly conclude then, that the warning given by the author spoke immediately to the issue that Christians gathering in and around Syrian Antioch were being thrown out of the synagogue and thus lost their evangelical “taste”. Consequently the gospel was being wastefully trodden underfoot because the community did not keep actively stirring its proper Christian cooking? It seems so!
The second analogy seems similar in purpose, thus placing double emphasis. In Mark these two were used quite separately. Here in Matthew, however, the author stated the lesson sequentially… possibly to give a stronger flavor bite to the evangelical task at hand. In Matthew, the Light of God, Jesus Christ.., provided for people great blessings as he told his disciples that in themselves they had become the light of the world. Evangelical purpose is thus Matthew’s accented flavoring.

About Substance!
Amid this good news and revelation of Christ as the Light of the world, however, there were apparently many in the Matthean community that worried about the Law and its purpose. In holding up the examples of “jot and tittle” (the smallest of written Hebraic alphabetic characters), Jesus related that all the power of the Law still remained intact. In other words, as sinful humans we are yet measured and yet found wanting! And further, our Lord stated that we must exceed the righteousness of those who say that their very task is to study and argue over each little dash of pepper in the lawful shaker. We then wonder as listeners of this gospel reading, “How is adherence to this recipe possible?”
Consider then! We are brought in this text to the realization that for we sinful, disobedient and finite children… there would be no hope outside of Christ. We would be salt without taste, persons groping in darkness… except that the Light has come upon us. And because He came, was crucified, and rose again for us.., Jesus gave our very words a very pleasant taste.

The Light of God, Jesus Christ our Lord, worked to show salvation through our evangelical messages. It is only he… Jesus.., who fulfilled the Law! It is only the innocent man Jesus, working with the Father through the Holy Spirit… who took the bitter herbs from the sinful recipe offered on the cross…

And one of them at once ran and took a sponge, filled it with vinegar, and put it on a reed, and gave it to him to drink. (Matthew 27:48)

Yes! Jesus drank a sinful, horrid recipe for us. It wasn’t without taste! But taste and see that the Lord is good. Jesus makes our lives palatable. Jesus replaced the horrid recipe of man’s inhumanity as convicted under the Law, and gave us the sweet honey of forgiveness beneath the Gospel. This is the Gospel message that has shed Light. This is good news for those who try to faithfully cook goodness in a dark world that would separate us. This is also warning for those who would work to keep our Christian witness hidden beneath a basket… to be thrown out along with the mush of false religions.

Consequently, like the churches of Matthew and Luke hearing his words long ago, let us today be like those who first shined the Light of salvation high. From Antioch of Syria, the Word went out across the Middle East, Greek provinces and Roman Empire. We pray that as a people we may also become so focused on evangelism by the Holy Spirit, that what we cook up will be widely tasted. May we again tastily relish our invitation to Word and Sacrament. May we become beacons to light a path and bring all to an altar where our Lord is rightly praised. So it is written indeed in the Word. So it is our calling… and so it shall be.