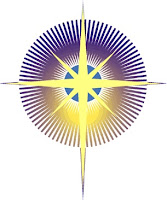 THE EPIPHANY of our Lord came to the world in a sign of wide recognition. However, in this text we read from the Gospel According to Saint Matthew, various reactions were caused. While some in Israel had anxiously sought the Messiah, the Deliverer… others deeply feared his arrival. Evidence for this was seen as Matthew recorded how world powers took note of his arrival.
Now when Jesus was born in Bethlehem of Judea in the days of Herod the king, behold, wise men from the East came to Jerusalem, saying, “Where is he who has been born king of the Jews? For we have seen his star in the East, and have come to worship him.”
When Herod the king heard this, he was troubled, and all Jerusalem with him; and assembling all the chief priests and scribes of the people, he inquired of them where the Christ was to be born.
They told him, “In Bethlehem of Judea; for so it is written by the prophet:

‘And you, O Bethlehem, in the land of Judah,
are by no means least among the rulers of Judah;
for from you shall come a ruler
who will govern my people Israel.’”

Then Herod summoned the wise men secretly and ascertained from them what time the star appeared; and he sent them to Bethlehem, saying, “Go and search diligently for the child, and when you have found him bring me word, that I too may come and worship him.”
When they had heard the king they went their way; and lo, the star which they had seen in the East went before them, till it came to rest over the place where the child was. When they saw the star, they rejoiced exceedingly with great joy; and going into the house they saw the child with Mary his mother, and they fell down and worshiped him. Then, opening their treasures, they offered him gifts, gold and frankincense and myrrh.
And being warned in a dream not to return to Herod, they departed to their own country by another way.  (Matthew 2:1-12)

Enlightened or Troubled?
Our author wrote primarily amid the early churches in the area of Antioch in Syria, relating the journey of the Magi. The geographic arena of the writing is important. Here in the text we find it revealed that the travelers were from an unspecified eastern realm, most likely Persia. They were described as royalty who were learned in astronomy. Driven by an astrological event, they sought the child Jesus… saying that they were looking for the king of the Jews. As related by the church of Matthew, these Magi eventually arrived at the home of our Lord. There they honored the birth of the child who had been announced by the appearance of a star in the heavens.
While tradition holds that there were only three wise men who were steeped in astrology, in reality we consider that they may have been part of a much greater caravan. Their appearance, though short in time frame and casually mentioned here, caused great repercussions amongst the powerful in Israel. We see that their arrival at the court of Herod the King caused quite a stir.
By their inquiry, made innocently, Herod was informed of a perceived threat to his quite tumultuous rule. The king, while very benevolent in public works in that he had founded many cities and municipal projects, was historically noted for brutalities in maintaining his power. We are reminded that this is the king who committed fratricide. Afterward he entered into an illicit political marriage, and sexually pursued his niece. He was eventually the man credited as responsible for the death of John the Baptist.
The inquiry of the Magi spurred the suspicious ruler to inquire of ancient Jewish prophecy. The religious hierarchy of the day taught him of legendary predictions. From the Pentateuch they read that in the midst of the sin and turmoil in the ancient world, the Hebrew scripture said that Balaam had spoken these words of a star…

I see him, but not now;
I behold him, but not nigh:
a star shall come forth out of Jacob,
and a scepter shall rise out of Israel;
it shall crush the forehead of Moab,
and break down all the sons of Sheth.
Edom shall be dispossessed,
Seir also, his enemies, shall be dispossessed,
while Israel does valiantly.
By Jacob shall dominion be exercised,
and the survivors of cities be destroyed!”
(Numbers 24:17)

Thus we may confidently calculate that the Magi had come as predicted by scripture. They also were predicted by the historical record of Israel. The scriptures told of those who would praise God from a foreign land…

A multitude of camels shall cover you,
the young camels of Midian and Ephah;
all those from Sheba shall come.
They shall bring gold and frankincense,
and shall proclaim the praise of the Lord.
(Isaiah 60:6)

However, the text we read today contain highlights for us from the prophet Micah, for Matthew tells us that Herod specifically sent the wise men to Bethlehem (see Micah 5:2). Consequently, in reading the Jewish prophets ourselves, we find the wise men were informed not only by the guiding star in the heavens, but were further sent by prophecy. The text we read today shows that they were uncomfortable with their visit with Herod. even to discerning happenings in dreams. In that mode of sensitivity, they intuitively factored that Herod was a jealous ruler… one who would harm the newborn child that they sought.

Wisely Done…
In this text, Matthew revealed several facts. The first occurs in that the revelation of Jesus’ birth as King of the Jews was originally meant for far more than just the Jews. According to scripture, those Magi considered as being learned in heavenly signs… were informed of his coming… so much that they would travel a great way to view the event in caravan so that safety could be had. This intent was witnessed amid the Jewish populace of Syria that even those steeped in Gentile mystery religions, especially Eastern Zoroastrianism, realized that our Lord’s birth had been historically foretold. Jesus was born according to the combination of natural sign and Jewish prophecy.
Second, but no less important, is that our text tells us of the receptivity found within sinful humanity at the time of his birth. Note that the powers of this world were jealously anchored against him. This pattern is used later by our gospel author. Matthew later stressed that in keeping with foretold reaction, the man Jesus became caught in shackles of unfolding rejection. You see, even at birth, our Lord was destined to be crucified and killed. He would die as the one unduly convicted for the salvation of those who would believe in him.
Finally, the text written here also reveals to us that from the beginning God had created all things and planned for our preservation from evil. In spite of our distance from him because of sin, much like the great spans of space known by modern astronomers to be present between stars, we as readers need only to apprehend the pre-planned greatness and eternal loving nature of God. Understanding this good news given of the death and Resurrection of Jesus, the Messiah of God, we may now be brought to confess our sinful unbelief, be forgiven for the sake of the Christ child and receive the gift of faith through His Spirit.
This trek is yet done in the modern world by those who are wise. We have scriptural evidence that they who look for his coming shall not perish. As proof, I offer that these wise men are still with us, for we still hear them through God’s Word… and receive their witness. Thanks be to God!

Blessings to you and yours from God our Father, throughout the coming New Year!