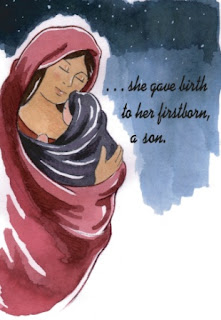 AN ALTERNATE GOSPEL reading for the First Sunday of Christmas defines Jesus as a child who though the Son of God, clearly possessed human attributes. No mystical figment of our human imagination or need, Jesus’ full participation in family life was defined as having much wider meaning than most faithful people could have ever thought possible. Therefore, we read…
And when the time came for their purification according to the law of Moses, they (his family) brought him up to Jerusalem to present him to the Lord (as it is written in the law of the Lord, “Every male that opens the womb shall be called holy to the Lord”) and to offer a sacrifice according to what is said in the law of the Lord, “a pair of turtledoves, or two young pigeons.”
Now there was a man in Jerusalem, whose name was Simeon, and this man was righteous and devout, looking for the consolation of Israel, and the Holy Spirit was upon him. And it had been revealed to him by the Holy Spirit that he should not see death before he had seen the Lord’s Christ. And inspired by the Spirit he came into the temple; and when the parents brought in the child Jesus, to do for him according to the custom of the law, he took him up in his arms and blessed God and said.., “Lord, now lettest thou thy servant depart in peace, according to thy word; for mine eyes have seen thy salvation which thou hast prepared in the presence of all peoples, a light for revelation to the Gentiles, and for glory to thy people Israel.”
And his father and his mother marveled at what was said about him; and Simeon blessed them and said to Mary his mother.., “Behold, this child is set for the fall and rising of many in Israel, and for a sign that is spoken against (and a sword will pierce through your own soul also), that thoughts out of many hearts may be revealed.”
And there was a prophetess, Anna, the daughter of Phanu-el, of the tribe of Asher; she was of a great age, having lived with her husband seven years from her virginity, and as a widow till she was eighty-four. She did not depart from the temple, worshiping with fasting and prayer night and day. And coming up at that very hour she gave thanks to God, and spoke of him to all who were looking for the redemption of Jerusalem.
And when they had performed everything according to the law of the Lord, they returned into Galilee, to their own city, Nazareth. And the child grew and became strong, filled with wisdom; and the favor of God was upon him.  (Luke 2:22-40)

Watching and Waiting
Our text from Luke that we offer here is used by some Christian denominations as the reading for the first Sunday immediately following Christmas. Others, use the later scene of our Lord’s taking full adult participation in the religious practices of the day. If so, you can refer to our previous study of that event discussed in… "Growing in Favor"
The content here, however, described the earliest public events recorded for Jesus and his family, as unfolding in keeping the traditions of the Law. Within eight days of his birth, Jesus was circumcised and named. This profound act set the child apart first as a Jew, and then as an individual within that society. Thereafter, according to the Law, Jesus was also to be presented as the first born by Joseph, and as it was written Joseph had to pay the required five shekels. (Exodus 13:2, Numbers 18:15-16). As it was written in the Hebrew scriptures…

The Lord said to Moses, “Say to the people of Israel, ‘If a woman conceives, and bears a male child, then she shall be unclean seven days; as at the time of her menstruation, she shall be unclean.’ And on the eighth day the flesh of his foreskin shall be circumcised. Then she shall continue for thirty-three days in the blood of her purifying; she shall not touch any hallowed thing, nor come into the sanctuary, until the days of her purifying are completed. (Leviticus 12:1-5)

Therefore counted as exact forty days later, the purification of Mary was accomplished at the temple. Considered to be separate and unclean while in menses, she as a woman would be required to ride an oxen. In those days, according to the Law, if she traveled in public, she needed to be thus made to ride the animal. It had a wide back, so that menstrual blood would not reach the ground and thus soil a sepulcher. When her forty days, considered a time of completeness and restoration, had been accomplished… those of her family sufficient in worldly goods would sacrifice a lamb. At the time of Jesus’ birth, a lamb would cost about one dollar and seventy-five cents. If the woman was poor, however, a different offering option was given. The price of either doves or pigeon would suffice. They were available at a cost of about sixteen cents each. However, any offering made whether large of small, could not be done personally by the woman. She was not allowed entry into the temple. She could not bring the creatures offered into the holy place, but would drop the purchase price into one of the thirteen trumpet-shaped chests located in the Court of the Women. There, during the performance of these lawful, traditional rituals… that Mary, Joseph and others with them received further revelation.
You see, shortly after the Rite of Purification was completed, Simeon (a name meaning “sign”) noted the child’s presence in the courtyard. Simeon was noted as being a righteous and devout man. He had practiced strict adherence to the Law for many years. Taking his faith very seriously, looking daily after his spiritual condition… he was seen widely as one who walked constantly with God by the power of the Holy Spirit. In this capacity his prophetic statements were profoundly revered.
Here then we read that through him, the prediction that the Light of God’s love came into the world. Jesus, as a child already born and given to Israel, was prophetically said by Simeon to expand the faith into the Gentile nations. Through the Messiah, Israel would attain its true and highest glory. Resultant for this, in the days of Luke’s writing, the prophecy of Simeon was often read or spoken in the infant Christian household churches. This repetitive saying reinforced the acceptance of Greeks, Romans and other peoples into the Christian faith community. These persons then, were solidly anchored by Luke’s writing. They were full participants in the mission of the church. They participated in the receiving of baptism and communion as sacramental, described as “holy things for holy people”.
Notably then, at the time of that first temple visit, Joseph and Mary marveled at what was said by Simeon. To Mary, he gave particular warning. The prophet revealed more of the child’s Messianic role. He foretold that a broad sword’s wound would scar Mary’s future, causing a deep and painful pang. Prophetically, it became the very pain of Jesus crucifixion that would to be felt by her. Her son would be nailed to the cross for the salvation of believers. This was the strife and the result foretold by Simeon in scripture. That pain had been predicted by a prophet of old who had spoken before him…

And he will become a sanctuary, and a stone of offense, and a rock of stumbling to both houses of Israel, a trap and a snare to the inhabitants of Jerusalem. And many shall stumble thereon; they shall fall and be broken; they shall be snared and taken.” (Isaiah 8:13-16)

Luke then inserted that the elderly prophetess Anna suddenly appeared. She announced the child Jesus to all within hearing in that courtyard. We must note here, however, that this was not a public broadcast made to the temple authorities. The intent was not to inform them, but these words were spoken to the pious ones gathered. It was they who had prayed daily with her in the courtyard. It was especially said to those lowly few who had waited long with her for the Messiah.
Thus the text revealed that Mary and Joseph took Jesus to the temple so that all “righteousness” should be fulfilled. The progression thus puts these events in Luke’s gospel, as preparation for the later baptism of Jesus in the Jordan. In that later scene, it followed that Jesus had told John during that event, that baptism should happen so that “all righteousness should be fulfilled”. The progression is evident! In Luke, this is the multiple testimony was made to his readers. Jesus was raised according to the Law, and none were ever broken!
From that earliest of times then, the child Jesus would grow in favor before his family. As he grew, he maintained the code of innocence given as empowered by God, his heavenly Father. In this way the Messiah, having fulfilled the Law in its entirety… and yet having been crucified… was killed by those he came to save. Therefore, he could pay the penalty not for his own waywardness but be laid down in death to pay for our disobedience and separation from God. This deliberate saving act made through God’s only begotten Son, accomplished holy substitution and satisfaction for our sin. To God be the glory made possible through the work of the Holy Trinity! Such was the witness of Simeon, Anna and Luke when they announced that the Messiah… the Deliverer… had come into the world. Indeed, we who gather now may again consider again the words of those who had waited… and marveled with joy. Thanks be to God!