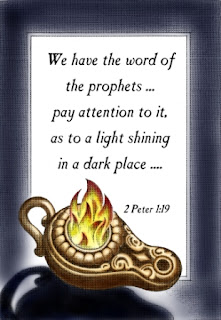 OUR READING for the Third Sunday in Advent comes to us from the Gospel According to Saint Luke. Within the reading is not only the traditional message earlier attributed to John the Baptist by the church of Saint Mark, but an additional revelation comes from the quill of the early church of Luke. These last wrote in the later years of the first century. Our witness reads…

He (John) said therefore to the multitudes that came out to be baptized by him, “You brood of vipers! Who warned you to flee from the wrath to come? Bear fruits that befit repentance, and do not begin to say to yourselves, ‘We have Abraham as our father’; for I tell you, God is able from these stones to raise up children to Abraham. Even now the axe is laid to the root of the trees; every tree therefore that does not bear good fruit is cut down and thrown into the fire.”
And the multitudes asked him, “What then shall we do?”  And he answered them, “He who has two coats, let him share with him who has none; and he who has food, let him do likewise.” Tax collectors also came to be baptized, and said to him, “Teacher, what shall we do?” And he said to them, “Collect no more than is appointed you.” Soldiers also asked him, “And we, what shall we do?” And he said to them, “Rob no one by violence or by false accusation, and be content with your wages.”
As the people were in expectation, and all men questioned in their hearts concerning John, whether perhaps he were the Christ, John answered them all, “I baptize you with water; but he who is mightier than I is coming, the thong of whose sandals I am not worthy to untie; he will baptize you with the Holy Spirit and with fire. His winnowing fork is in his hand, to clear his threshing floor, and to gather the wheat into his granary, but the chaff he will burn with unquenchable fire.”
So, with many other exhortations, he preached good news to the people.
(Luke 3:7-18)

NOTE: Some congregations, such as many in my own North American Lutheran Church (NALC) denomination, deviate from this lectionary schedule to read from Luke 7:18-35. Since we have not conversation on that section of scripture, I suggest that you peruse its synoptic treatment found in Matthew 11:2 and following. A discussion of that text is found at:
John the Baptist seeks the assurance of the Messiah

A People Focus?
As we examine this particular text for its originality, in an attempt to get historically back to the actual event we find ourselves doing a comparative reading of the same scene in the other gospels. Therefore, looking within the same sources that the writer used, it is likely that the community of Saint Luke was geographically spread across Asia Minor and Rome, and they had the complete Gospel According to Saint Mark in their possession. This was likely a source text for them when this gospel was written (c.85-90A.D.) How can we claim this today? We offer evidence that the earlier writing is found in Mark 1:7-8. However, as seen there, the applicable text we mention is quite brief. For those who wish to review what was said last year about the Markan text, you may find it by referring to...

The text that we do find in Mark then, is here repeated only by Luke 3:16. Thus we see that the writers of Luke independently added a greater amount of witness. Of that greater amount of material, we find that the Gospel According to Matthew also used some of the same words (see Matthew 3:7-10). Therefore we see that it is likely that both Luke and Matthew must have used a shared secondary source to write their respective witnesses.. This text we commonly referred to as “Q”, a collection which has not been historically found intact, but has been reconstructed somewhat by looking for the commonalities present between Luke and Matthew.
Thus by using these comparative readings, we find that our text today contains a rather telling paragraph of material (Luke 3:10-14) which is of great interest. The words we find there are as independently written, important enough that the writer determined to include them even though the room for such words to be included on the scroll was limited. We might ask, “What was so important that this was included?” We also may wonder where they came from? Were they previously known, but only later recalled as the need arose?

A Singular Focus
As shown above, highlighted by bold italic type in the reading, these singularly cited word of John the Baptist were addressed before a wide multitude of persons. Luke deliberately and singularly revealed that John highlighted needed reforms by certain individuals. First, the wealthier Jews in his audience were addressed by John as to the greater sharing of their possessions. Secondly, tax collectors as businessmen were guided as to their needed, benevolent course of action. We note the stress put on fairness and the doing of honest transactions. And lastly, soldiers also received instruction.as to their lifestyle… so they were admonished as to right behavior and warding off powerful plundering of the population.
As we read, we can see that while this text can thus be argued to authentically describe the actual words of John, likely spoken to an audience just prior to the beginning of Jesus’ public ministry (c. 30A.D.), we then might ask ourselves why they were so important to be related to us only by Luke. What was Luke trying to particularly convey to the readers of the gospel after 85.A.D.?
Let’s compare that John was originally addressing primarily Jews. He was addressing the gathering while being watched by Jewish soldiers who had likely been sent by the government of Herod, and by the prominent powers of the Jewish temple. Luke wrote, however, about the occasion some fifty years later. His Christian community was made up of Jews and a growing number of Greeks and Roman citizens. Given this fact, is it not possible that the writer was telling the later Church that they should remain as solid, benevolent citizens? They should live properly in their own time and society! Could it be that the writer was solidly warning the early Church against throwing all societal rules aside, fighting unwarranted expectations that Jesus was returning immediately to usher in a new kingdom? This is indeed possible. We know that blessed Saint Paul had written some thirty years earlier in such a way that biblical authorities argue that he expected the end times to occur immediately... within his own physical lifetime! Scripture records admonitions against persons who were abandoning wives and family in the expectation of the kingdom’s arrival. I believe then that the problem for Luke’s writer was to communicate a “stay the course” mentality and maintain acceptable behavioral patterns within the early Church. I consider that is what is being promoted by the exclusive text we study.

A Watchful Focus
Thankfully then, through this writing our communities today have guidance from a time when Jesus' eternal and continual physical return was thought of as delayed. At Advent time when we celebrate his presence through the Holy Spirit, exercising power among us whenever we gather on Sundays or in our Lord’s holy name, the text thus brings a sure focus to us. John tells us that we need as much as possible to participate in the world as a sharing and law-abiding people. The words of John admonish us to do good and charitable acts. These are those good things that we should have been doing in the Spirit for the millennia gone past. I say to you then as John instructed. We should remain awake and be on watch. Do good deeds, even while we look for signs of our Lord’s return and his presence. For surely and most certainly we are not forgotten. Jesus Christ, the Lord of Lords and King of Kings shall indeed come. He shall be present among us with a shout, just as suddenly as he appeared before John in the wilderness. Let us not be sinfully ignorant of our Lord’s will. Let us work in his name within the world so that through us they shall see him. That is a great portion of our calling. So it surely was then, so it is now, and so it shall be until he comes again… Hallelujah!

Please be invited to view this video produced as witness...


May the Spirit of God guide your steps to do good in this and every age. Invite your neighbor to attend a traditional, orthodox and confessional Christian Church during this holiday season.