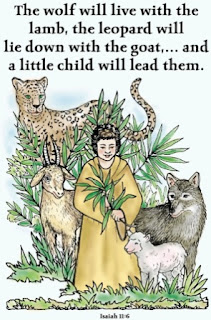 FOR THE First Sunday of Christmas we continue to study the young life of our Lord as described from the Gospel According to Saint Luke. Not recorded elsewhere, the writer of Luke provides us with an exclusive window through which we can peer. We look with our mind’s eye and see a telling early scene concerning Jesus’ growing realization about his divine identity.

And the child grew and became strong, filled with wisdom; and the favor of God was upon him.
Now his parents went to Jerusalem every year at the feast of the Passover. And when he was twelve years old, they went up according to custom; and when the feast was ended, as they were returning, the boy Jesus stayed behind in Jerusalem.
His parents did not know it, but supposing him to be in the company they went a day’s journey, and they sought him among their kinsfolk and acquaintances; and when they did not find him, they returned to Jerusalem, seeking him.
After three days they found him in the temple, sitting among the teachers, listening to them and asking questions; and all who heard him were amazed at his understanding and his answers. And when they saw him they were astonished; and his mother said to him, “Son, why have you treated us so? Behold, your father and I have been looking for you anxiously.”  And he said to them, “How is it that you sought me? Did you not know that I must be in my Father’s house?”
And they did not understand the saying which he spoke to them. And he went down with them and came to Nazareth, and was obedient to them; and his mother kept all these things in her heart.
And Jesus increased in wisdom and in stature, and in favor with God and man.
(Luke 2:40-52)

Family Business?
Using material from an independent source, Luke weaved into his gospel a marked progression in the growth of Jesus. The view he provided to the early church communities related to them the religious Jewish customs of the day. This fulfillment according to the Mosaic Law, familiar to the Jews within his congregations, was also spelled out for those Gentiles who may not have had knowledge of the customs. In particular, we note the transitional statement wherein Jesus was described as having grown strong and wise with God watching over him. This statement bridges all of the hearers, whether Jew or Gentile to transition from the infant dedication narrative found just prior to this story. We first must note, however, the omission of a story about an angel’s warning as recorded in the Gospel According to Saint Matthew. Also omitted is his family’s subsequent flight to Egypt. Rather than writing of such, our Lukan gospel writer jumped directly to our Lord’s pre-teen years.
Given this omission and leap forward in time, the Lukan gospel record shows several possibilities. First, we might assume that Luke did not know about the flight to Egypt. Second, we may also ask whether… if Luke had the story, an editorial choice was made. Possibly choices were made between the accounts because of a finite amount of parchment available to write the total gospel account. If this is true, we may ask, “What character of today’s story would recommend it for inclusion for Luke’s churches, while deliberately not including the Egyptian flight story?” If true, in answer to this, we ask, “Could the difference between the gospels reveal the writer’s priority in relating the biography of Jesus?”
First we weigh the possibility of the writer having an exclusive eye-witness account available. I consider though it is possible, it also seems unlikely. The gospel was written some 70 years after the actual event. Few, if any, first-hand witnesses would still be alive at the time of the writing. For this reason, I cite that cause of exclusivity to be found in the expense and scarcity of parchment, We can consider that a hard choice was made.
For Luke, it seems that this story held greater relevancy than relating concerning our Lord’s travel to Egypt as an infant. When making these hard choices, under the guidance of the Holy Spirit… Luke deliberately chose to tell this story. You see, no matter whether the story’s presence is based upon Luke having an independent exclusive source that was not available to Matthew, or was included here in exclusivity considering the subject importance, Luke went directly to tell his audience of Jesus’ first act as an adult. The telling of it is important in setting the stage for our Lord’s future ministry
We must also ask at this point, “If Jesus is the Son of God, why did the gaining of wisdom need to be done? Wouldn’t he already possess infinite knowledge?” I offer that our Lord needed education to discover his true nature. Consider this. With Jesus existing in the world as fully human and fully God, we need remember that scripture said that he, as the Christ had “emptied himself”. A reasonable answer thus is found…

“For what things are written of Him as a man shew the manner of the emptying. For it were a thing impossible for the Word begotten of God the Father to admit ought like this into His own nature: but when He became flesh, even a man like unto us, then He is born according to the flesh of a woman, and is said also to have been subject to the things that belong to man’s state: and though the Word as being God could have made His flesh spring forth at once from the womb unto the measure of the perfect man, yet this would have been of the nature of a portent: and therefore He gave the habits and laws of human nature power even over His own flesh.” (Cyril of Alexandria. (1859). A Commentary upon the Gospel according to S. Luke. (R. P. Smith, Trans.) (p. 29). Oxford: Oxford University Press.)

Therefore by the will of God, the Christ… the Word of God was born as a human child and emptied himself of infinite knowledge. Luke described to his churches that in the Jewish culture of the day, a male child grew twelve years of age and then acquired the maturity to be called a “son of the Law”. From the Hebrew scriptures we thus find that the Jews recognized these progressive stages of youthful development as: new-born babe (as read in Isa. 9:6); nursing or suckling (Isa. 11:8); nursing, but then calling for solid food (Lam. 4:4); the weaned (Isa. 28:9); as child clinging to mother (Jer. 40:7); becoming firm and strong (Isa. 7:14); and finally… the youth matured as an adult (Isa. 31:8). Thus this was the progression followed by the Jewish people, and the trip described occurred wherein the child Jesus was noted as arriving to maturity.

Human Expectations!
Given these historical traditions, still present today, I therefore take editorial privilege by offering that according to parental expectations written here, Jesus went to Jerusalem to take his rightful place in the “company that traveled with him”. He went to Jerusalem as a child, having studied and prepared for the ritual… and received ritual adulthood. After appropriate celebration, therefore, Jesus was expected to take his place in the household economy… i.e. he was to follow Joseph’s trade, a trade that was parentally selected for him, or a trade which the familial “company” was known to possess.
However, here we likely find scriptural evidence that Mary had likely long-forgotten… the prophecy of Simeon as stated earlier in this same gospel. Luke related that the family had left Jerusalem to return home, but without realizing that Jesus exercised his right to remain in a prayer quorum. After a day of travel toward their home, his clan discovered him as missing from the family. Thus they became distraught. They considered him lost in what could be a dangerous place, and they returned worried to Jerusalem. Any caring parent chills at the thought of a lost child. We know that many horrid thoughts can run through a worried mind.
Many might ask ourselves today, “How could this young man… this Jesus… this Son of God… be so callous to his family?’ We might even say that we understand how this could happen… that some of our own children may be so callous that they would toss aside parental oversight to tip-toe out during the teen years… sneaking away to do what they will and worry us. We might also say that we have seen many teens who receive catechism, and disappear from church after they receive Confirmation…. and are not found in the family of the congregation. But this Jesus… this is the perfect Son? How can this be?
I say to those who question such behavior here, that it was not that our Lord was insensitive to his earthly family… but from his study of Hebrew Scriptures he had become keenly aware of his heavenly Father’s matters ( in the Greek the word translates “things” ). He thus, as an adult within his culture, told his earthly family that he was to be about the business of his heavenly Father. By doing so he began fulfilling that future to which he was called. With his being found by his earthly family, and their hearing that statement from their child who was now considered as adult, we may consider that the words of anxiety were lessened and even stopped. However, out of respect… and the human need for further growth and nurture, Jesus returned with them to Nazareth.
Though not attested in scripture, our Lord in his youth most likely worked many years thereafter with his family. This hometown and family life continued stable for a period of nearly twenty years, until his baptism by his cousin John… but this interim time is a period about which the scripture falls silent. Some non-canonical stories had circulated around the time of the Lukan wiritng, but either these were not verifiable or of sufficient importance to be included in the gospel record. Consequently, the Lukan text provides us only with this very precise, and brief, prophetic look into a formative event in the life of Jesus. The transitional statement at the end to today’s reading thus tells us in closing…“And Jesus increased in wisdom and in stature, and in favor with God and man.”
This gospel thus sets us as readers in a very favorable place. We are by the Spirit, poised for that which is to come. In this unfolding story given by the power of the Holy Spirit, the writer had placed the only known record of Jesus’ coming of age before the infant church. We see that he slowly, yet artfully built the tension of that history toward the saving act for which our Lord came into this world. This young man he told about, Jesus of Nazareth… was described as truly human. The history continued to reveal his ministry, his death and his Resurrection... and by the power of the Holy Spirit, he was revealed as the only Begotten Son of God. Jesus, truly human and divine, created a pathway for those who are sinfully human to follow him through baptism. Thus we are joined with him and have become his family. This was the purpose of the telling… so it was written… and so it is even yet.