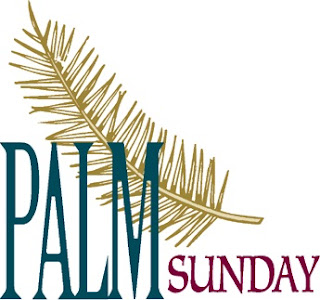 OUR STUDY for this week comes from the prominent gospel reading for Palm Sunday. The reading usually set aside for the day covers events that span from the Last Supper to the Crucifixion. However, given the comprehensive reading, for the sake of online brevity we concentrate here on the earlier of the two. The scripture describing the Upper Room gathering reads with consensus and conflict present. We hear from Luke…

And when the hour came, he (Jesus) sat at table, and the apostles with him. And he said to them, "I have earnestly desired to eat this Passover with you before I suffer; for I tell you I shall not eat it until it is fulfilled in the kingdom of God."
And he took a cup, and when he had given thanks he said, "Take this, and divide it among yourselves; for I tell you that from now on I shall not drink of the fruit of the vine until the kingdom of God comes."
And he took bread, and when he had given thanks he broke it and gave it to them, saying, "This is my body which is given for you. Do this in remembrance of me."
And likewise the cup after supper, saying, "This cup which is poured out for you is the new covenant in my blood. But behold the hand of him who betrays me is with me on the table. For the Son of man goes as it has been determined; but woe to that man by whom he is betrayed!"
And they began to question one another, which of them it was that would do this. A dispute also arose among them, which of them was to be regarded as the greatest.
And he said to them, "The kings of the Gentiles exercise lordship over them; and those in authority over them are called benefactors. But not so with you; rather let the greatest among you become as the youngest, and the leader as one who serves. For which is the greater, one who sits at table, or one who serves? Is it not the one who sits at table? But I am among you as one who serves.
You are those who have continued with me in my trials; and I assign to you, as my Father assigned to me, a kingdom, that you may eat and drink at my table in my kingdom, and sit on thrones judging the twelve tribes of Israel.
Simon, Simon, behold, Satan demanded to have you (all), that he might sift you like wheat.., but I have prayed for you that your faith may not fail; and when you have turned again, strengthen your brethren." (Luke 22:14-32)

Eat and Run, or Don’t…
Here we have in Luke the inherited telling of the Last Supper scene, but we see that the unfolding events differ slightly from the other two gospels that recorded the gathering. To begin, let us first note that all three records similarly describe that the disciples gathered in the upper room with Jesus. However, it seems though Luke worked with some of the same source material as used in Mark, minor scribal changes describing the sequence of the evening’s conversation and its attending events are noteworthy.
In highlighting this, we see that Luke told of the Eucharistic element consecration as occurring first and the revealing of betrayal is placed second. This differs from Mark 14:18, in that there we observe that Jesus was described as sitting with the disciples before betrayal was voiced, before the consecration of the hallowed meal as his own Body and Blood. As well, we note that the later written Matthew 26:21 (c. 85-90 A.D.) also records that he spoke of betrayal first. We are brought to especially note that this occurred in Mark's text that was written several decades earlier than either Matthew or Luke. Marks’s disclosure was then likely the source for the writers of both subsequent gospels.
Therefore, we might rightly ask the reason for the sequential change in Luke? Additionally, we take note that Matthew’s text revealed that Judas was spoken of as a betrayer who was highlighted with his own question… “Is it I, Master?” Jesus answered the question with the accompanying response..., “You have said so.” This answer was apparently made by Jesus early during the meal.
However, Luke initially reveals no such conversation as to the betrayer’s identity, but the betrayer is revealed at a later time to be Judas… after the meal. The revelation occurred in the very next scene which was described as held in the Garden of Gethsemane.
We may ask, “Of what importance is this sequence?” To answer, we consider that during the reception of the Eucharist today, as many denominations understand… the meal is not just a remembrance. These regard Holy Communion as a Sacrament instituted by God himself… one that invokes the forgiveness of sins to those who participate in faith. Therefore in Luke, the sequence as written portrays that all of the disciples including Judas, received the Sacrament and its effect. Therefore all present received forgiveness.
We may wonder, “Was the sequence deliberate? If so, “Why was this so important to Luke?” Was the fact that even the much hated Judas was given grace, a subtle invitation to those who had lapsed from the faith in his churches… those who had “lapsed” and fallen away from the church during persecutions?
Whether Judas ate of the meal already served, or left immediately without receiving… is a matter of lost record. If not forgiven of sins, Judas met his self-inflicted death in a state that distances himself forever from God. However, if he carried forth his agenda thinking that he was a forgiven sinner who was forwarding his perceived vision for the Messiah, he may have left with the thought of forcing Jesus to publicly reveal himself as the proper leader of the Jews. Or, in keeping with Lutheran theology, if this is a proof text does it mean that Judas stood as we all are in this life... simultaneously sinner and saint?
Also consider in Luke, Jesus reminded those gathered about the reversal of who is the greatest… demonstrating in example that he as the rabbi, was the One who was serving. He therefore set a pattern for their future in ministry. We might speculate that since Judas had already left the gathering by this time, and did not hear the teaching, his absence determined his fall. He failed at working in this last endeavor.
Later, non-canonical writers wrote that Judas thought that he would force Jesus to reveal his station as Messiah. Additionally, the false “Gospel According to Judas” suggested that he and Jesus had it all planned from the outset. That particular text claimed that the disciple’s calling was to cause crucifixion… so our Lord would wrest power from the temple cult and Roman authority. However, with much canonical resistance, these latter theories and false gospels are not recognized by the authority of the Church.

Why the Conflict?
We may ask now why the conflict yet exists concerning Judas. We also may ask ourselves, “Why did the disciples argue competitively for influential position in the coming Messianic reign? To answer, I think both the sinfulness of Judas and the jealousies of the other disciples has been revealed to us... so that our attention would fall firmly onto the singular salvation event as planned by God. I contend that a theory that modern sociologists teach was at work, wherein unfolding events occur within history out of either conflict or consensus... or both. While consensus was certain between the Father and the Son, tensions were indeed building in the band of disciples, and furthermore in ancient Jerusalem… toward the focal point in all of history. The chaos revealed that Jesus, the Son of God, had been anointed with divine consensus, toward his being singularly sacrificed for our salvation. No assistance from sinful disciples was allowed to interfere. In certainty, each sinful and argumentative disciple would fall away as the conflict progressed. You see, all... like Judas… would betray our Lord.
I believe the revealing scene for us in Luke thus comes to us in the detail given in the upper room discourse. The conversational pinnacle occurred when Jesus talked with Simon Peter. Note that Jesus had previously declared Simon as the “Rock”. After repeatedly saying that he would suffer betrayal, our Lord told Peter that Satan would “sift” them all… using the plural sense of “you” for those disciples present. This instructs each of us about being judgmental concerning others… and dampens our usual haughty case against Judas. All disciples were to be judged, therefore, and found in the same trespass as the betrayer.
In the very next breath, Jesus related to Peter that he had prayed for him singularly… stating “you” and “your faith”. The “Rock” would deny him three times before a rooster would crow, and yet through the power of the Holy Spirit, Peter would be the one to first keep faith… so to assist the infant Church as it moved into the new era of revelation.
So it is, that I believe that Luke portrayed all disciples as sinfully losing out when they initially picked sides and tried to sidetrack our Lord’s path amid his conflict with the powers of evil. This drama unfolding was all part of the “bait and switch” posed by God against satanic forces.
You see, the disciples would all join Judas at least in subliminal betrayal. This occurred in the divine plan so that evil powers would erroneously believe that that they had surely thwarted God’s salvation.
Consequently, Satan got faked out! In that way, we see that only divine action accomplished by God through Jesus Christ formed any consensus as to the reality of the Resurrection.
Finally take note! Most certainly this Resurrection truth revealed by Luke grew later to full effect as he described the disciples on the day of Pentecost. This we note in the “Acts of the Apostles”. In that written biblical history, he pointed out that those who betrayed.., abandoned.., or crucified Jesus… the One who is, was and always will be the Christ of God, stood finally united together with the Father in forgiveness given.
Click To Visit Pastor's Website!
Together empowered, the disciples witnessed to others concerning what only God had mercifully finished. Sadly, Judas…. overwhelmed in selfish deceit, served as a bad example. In his theft and deceitfulness, he missed out on the grand purpose of that gracious mission. That, I view, was the real tragedy of his loss. Thus it is written, and so it is forevermore.


Drop in and see our personal witness videos...

May our Lord make your path into the kingdom a slippery slope!