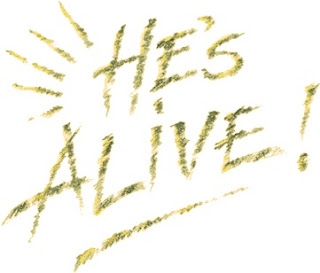 IN OUR scripture study for this week we read from the Gospel According to Saint John. For your perusal, I offer my edited thoughts previously written on the subject. In this text, I found that we encounter a wondrous event wherein Jesus appeared to the disciples.
To set the historical stage written, first know that the disciples had already been informed by the women about the empty tomb. One of the women, named Mary, had even encountered the Risen Jesus in the garden. Here then, we join the account that spoke to first century readers concerning the Resurrected Christ Jesus. It boldly stated that he was physically raised from the dead, and was not an apparition simply conjured by grief-stricken minds. We read...

“On the evening of that day, the first day of the week, the doors being shut where the disciples were, for fear of the Jews, Jesus came and stood among them and said to them, "Peace be with you." When he had said this, he showed them his hands and his side. Then the disciples were glad when they saw the Lord.
Jesus said to them again, "Peace be with you. As the Father has sent me, even so I send you." And when he had said this, he breathed on them, and said to them, "Receive the Holy Spirit. If you forgive the sins of any, they are forgiven; if you retain the sins of any, they are retained."
Now Thomas, one of the twelve, called the Twin, was not with them when Jesus came. So the other disciples told him, "We have seen the Lord." But he said to them, "Unless I see in his hands the print of the nails, and place my finger in the mark of the nails, and place my hand in his side, I will not believe."
Eight days later, his disciples were again in the house, and Thomas was with them. The doors were shut, but Jesus came and stood among them, and said, "Peace be with you."
Then he said to Thomas, "Put your finger here, and see my hands; and put out your hand, and place it in my side; do not be faithless, but believing."
Thomas answered him, "My Lord and my God!"
Jesus said to him, "Have you believed because you have seen me? Blessed are those who have not seen and yet believe."
Now Jesus did many other signs in the presence of the disciples, which are not written in this book; but these are written that you may believe that Jesus is the Christ, the Son of God, and that believing you may have life in his name.”
(John 20:19-31)

Know the Truth!
The disciples were gathered in the upper room on an evening after the Resurrection. It was a secret place to hide.., a tomb of their selection. After the Lord’s death, Christians throughout the city were being systematically hunted down by those in power. Therefore, the empty tomb and its possible repercussions fostered for the disciples a very turbulent time after the Passover festival. The upper room consequently hid the shocked group as they tried to secure themselves from the Jewish temple leaders.
Historically, Passover celebrations marked the prophetic sacrifice of lambs that had been killed to save those whom God chose to lead through Sinai’s desert wilderness. With that celebration over, crowds of people had begun to leave the city. The disciples, fearfully hidden, were trembling in like nature to those of the past… the historic Jews who had been imprisoned in Egypt.
The men who had been called and taught by Christ during his ministry were suddenly startled by our Lord's appearance. Eventually they would step out of their hiding place, just as Moses had called to the children of Israel to march out of Egypt in times of old. You see, the disciples knew that Moses did not die in Egypt, but had died before entering the Promised Land of Israel. He had not been raised from the dead. Jesus our Lord had also died, but at that moment was standing in their midst.
However, he was not telling them to go with him to the hills. Jesus suddenly appeared before them. The words he spoke came to those in hiding. He spoke with calming words. A traditional “Peace be with you” (read “eirene umin” in the Greek) was given. These words must have echoed in some respect like the messenger at the tomb that had told Mary… “Do not be afraid”. The words invoking “Shalom”, a word we moderns know of as peace... came out as asking for a peace beyond all understanding.


But the words fell on fearful ears. It may seem now to us that resurrection faith was insufficiently held within them. However, lest we sinfully strain to consider these words spoken in that upper room and judge our predecessors, we must intellectually imagine the impact of hearing the voice of one believed to be dead. They heard Jesus’ voice. He who was dead spoke!
“Peace be with you…”, he said. I think that we certainly cannot imagine the shock that came upon the men. Bedlam resulted. I venture that fear, crying, yelling and even more began to shake the men who hid in that room.., though they had been told by the women that he had risen.
After the din quieted somewhat, a first daring soul moved beyond initial shock and doubt. Then, one by one, all were amazed by bodily proof about the Lord’s identity. As the author, John revealed to the early churches that as the tumult lessened, Jesus’ aim was to empower them.
Jesus reminded the disciples that what had happened had been prophetically promised. Let us take due note however... that here at this point in the telling… is where John quickly changes our focus. Our writer then revealed that not all disciples were there. John told that Thomas was not initially present. As readers and hearers today who arrive to this text untimely, we are thus brought into the scene. Those investigatory in spirit who now hear the good news concerning an empty tomb, join them across the centuries to understand the report.
First notice that John told his readers that the message of the empty tomb was difficult for Thomas. I think that many who receive the gospel report today can surely identify with this. Many persons that I know and love struggle today with intellectually gripping the Resurrection report. It is a hard thing indeed. We seek evidence! 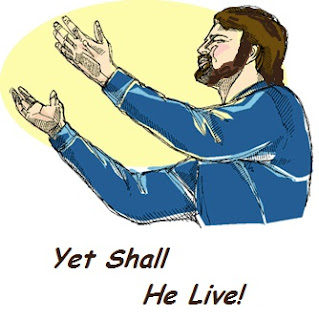 But today, as over centuries of witness.., the Truth of the miracle comes to us as a gift. Only through a gift of faith provided by the power of the Holy Spirit is the message captured. Certainly thus endowed we may accept how John’s churches came to understand.
Know this! Faith to believe this miracle only comes from God’s Word as provided through the Holy Spirit. In this, as we search the Word, we begin to understand that scripture declares scripture! Thus faith comes by the receiving of scripture. As Saint Paul echoed..,

“For by grace you have been saved through faith; and this is not your own doing, it is the gift of God, not because of works, lest any man should boast.” (Ephesians 2:8-9)
The historical stage was thus described wonderfully by John’s writing. The writer brought Thomas face-to-face with the Risen Lord, and as such, we readers become witnesses to the scene as well. The Truth of the Resurrection is revealed! Immediately, the normative declaration is made, "My Lord and my God!" With exclamatory zeal, kingdom building is furthered.

Tell Truth!
When we examine the words of John looking for lessons for our own day, we need only look to the history of the Church during the latter years of the first century. John’s gospel was likely written over time, from about c.85-95, or somewhat later... as a highly symbolic telling. It includes rather sophisticated symbols of double entendre. Indeed, within this gospel many forms of storytelling found in classical Greek texts are used. Therefore, we collectively assume that John wrote primarily to Greek or dispersed Hebrews who were gathered within the heart of the Roman Empire. His symbolic writing style was subtly meant to attract upper, educated classes, as well as the lesser learned.
We ask then, “Were educated and moneyed persons confronted by this gospel witness?” If so, we modern persons may liken ourselves to those of that ancient world who had arrived as stable in finance and education. Are we then not also challenged by this gospel reading?
Some biblical authorities contend that the original gospel text ended with this scene. It is taught that the following chapter was applied by a later editor. Therefore, if these scholars are correct, the initial telling ends with a rather appropriate phrase as to why this gospel writing even exists. Blessed John originally stated that he wrote this enchanting storytelling, so…

“… that you may believe that Jesus is the Christ, the Son of God, and that believing you may have life in his name.”

Therefore, if we hold to this scriptural appraisal, we in modern society are invited to highly recommend the Gospel of John. I especially contend that it be placed on the “must read” list of those who like a good book. When some say to us afterward, “How is this thing possible…?”, surely we may witness about the faith given to us. We may say with certainty that the Spirit answers… “With God all things are possible!”
Therefore it is for us who are made wealthy in the knowledge of our redemption… those of us who have been granted faith without our seeing the tomb… to be empowered to tell the great story concerning the saving grace of Almighty God. May we pray that our Lord reveals himself to us as prophesied, just as He once blessed his disciples with a seeing faith in the Upper Room.

Please know that you are invited to view our personal videos. Afterward, if possible donate to our efforts in ministry.
Like fishing, for me Easter is a season!